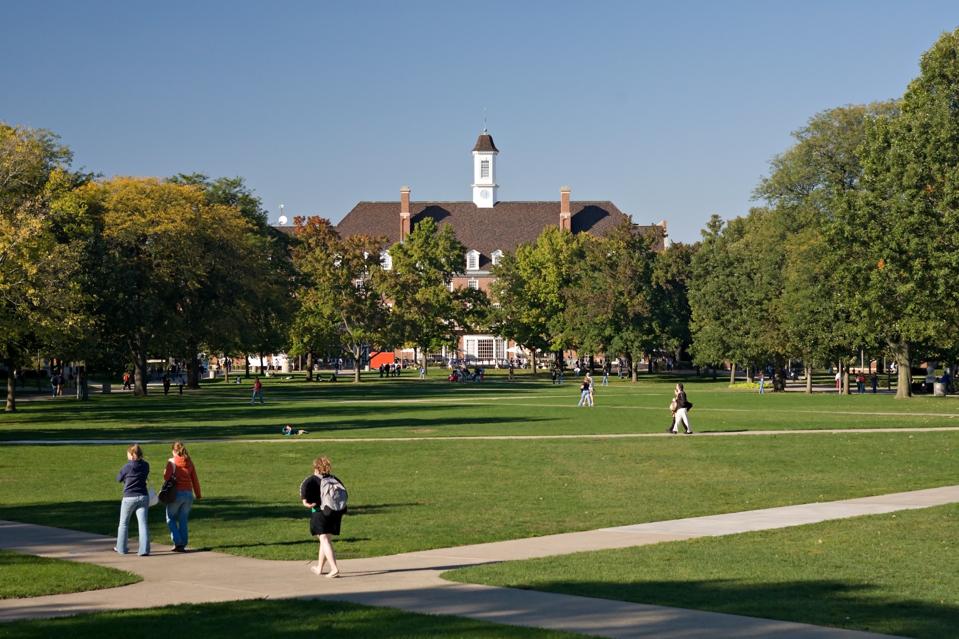 By Gretchen Brown, Next Avenue Contributor

Julie (who prefers to use a pseudonym for this story), 54, wants to get her daughter through college without incurring any student loans for the $30,000 annual tuition. So, she helped fund her daughter’s freshman year by taking out a kind of second mortgage — a home equity line of credit, or HELOC.

“I think [high tuition] saddles young people with huge debt, which limits their ability to build their careers,” said Julie, who lives in New Hampshire.

Increase in Using Second Mortgages to Pay for College

Some, like Julie, are looking to alternatives to student loans and Parent PLUS loans to foot the bill. About 5% are using home equity loans or lines of credit, based on Sallie Mae statistics. That’s up from 4% last year.

But if you’re a parent looking for ways to pay for a child’s college education, is a second mortgage a good idea? Not necessarily.

One of the big lures of second mortgages, compared to student and Parent PLUS loans, is their interest rate.

The average rate for a 15-year fixed-rate home equity loan is now about 5.8%; for a variable-rate home equity line of credit, it’s roughly 5.5%. By comparison, PLUS loans now have a 7.08% rate, the current rate for federal undergraduate student loans is 4.53% and for graduate school loans, it’s 6.08%.

“If the parents have very good credit, mortgage rates are pretty low right now, nearing historic lows again,” said Gordon Achtermann, a fee-only financial planner in Fairfax, Va. Achtermann said mortgage rates are expected to stay low for a while, at least until the economy improves.

Julie already had a HELOC, with an interest rate of just 4%, which she used for her daughter’s tuition.

“I have a client whose parents took out a mortgage on their residence and used the proceeds to pay off her graduate school loans because the interest rate on the home loan was much lower than the school loans,” said Ryan Firth, a Texas-based financial planner, licensed CPA and Certified College Financial Consultant.

How the Tax Rules Have Changed

In the past, parents might have opted for a second mortgage because of its tax benefits. But the tax rules have changed.

“Prior to 2018, you could refinance your home or take a second mortgage and use those proceeds to pay for college and you would be able to get a tax deduction on the interest of that loan,” Firth said.

Since the 2017 Tax Cuts and Jobs Act, however, that’s no longer allowed.

Now, if your second mortgage isn’t being used to pay for your property, you can’t deduct its interest.

What Happens to Loans in Bad Times and After Death

In addition, a Parent PLUS loan can be forgiven if you die or if you or your child becomes disabled. If you die after taking out a second mortgage, the interest on that loan isn’t forgiven. The second mortgage will likely be transferred to your spouse if you have one, or your child.

A second mortgage and a Parent PLUS loan can be discharged through bankruptcy, unlike other federal student loans, which typically can’t.

Before making any decision about how to fund your child’s college, figure out exactly how much you’ll owe. Fill out the federal FAFSA student financial aid form to see if you’d qualify to receive federal aid.

“There may be more aid out there, merit aid or need-based aid than you think,” Achtermann said. “The sticker prices of colleges have increased, but the actual prices that people pay, on the average, has been flat or declining in recent years, because schools are really competing.”

Achtermann thinks that even if a parent will take on some debt for college, the student should “have some skin in the game.” He added: “You shouldn’t be in the situation where the parent has all the debt.”

Paying for College Vs. Retirement

Another thing to keep in mind: your retirement.

If you’re considering taking on debt to finance your child’s education, you don’t want that to cut into your retirement savings and harm your financial future.

“Everybody has different values and priorities, but common sense or best practice would be to prioritize retirement over education,” Firth said.

While extra debt of any kind could take money away from retirement savings, a second mortgage might be a special risk. “You want to have some equity in your home as kind of a backstop for your own retirement in case things go poorly for your retirement investments,” Achtermann said.

Even though Julie used her HELOC to pay for her daughter’s tuition, she’s trying to reduce her own debt. So, she ended up paying out-of-pocket for sophomore year.

She’ll have many more decisions to make about paying for college down the road — especially since her son is still in high school.

Your State Pension Hates You
Set It And Don’t Forget It: Calculating Your Retirement Savings Goal
New retirees will face financial surprises. Advisors share how to stay ahead of those shocks
‘Do not bet’: China’s central bank warns against yuan speculation
Three men charged with fraud in $100 million New Jersey deli scheme