CNBC’s Jim Cramer on Friday said the slate of earnings reports he saw this week gave him a positive feeling about the week ahead. He breaks down what quarterly reports he’ll have his eye on.

The “Mad Money” host also sits down with American Airlines CEO Doug Parker to find out how the company is moving forward with a cloud still hanging over Boeing’s 737 Max airplane. Later in the show Cramer assesses the results of Honeywell’s spinoff of its auto parts and connected-home businesses, a year later.

On the horizon: Another week of earnings reports deluge 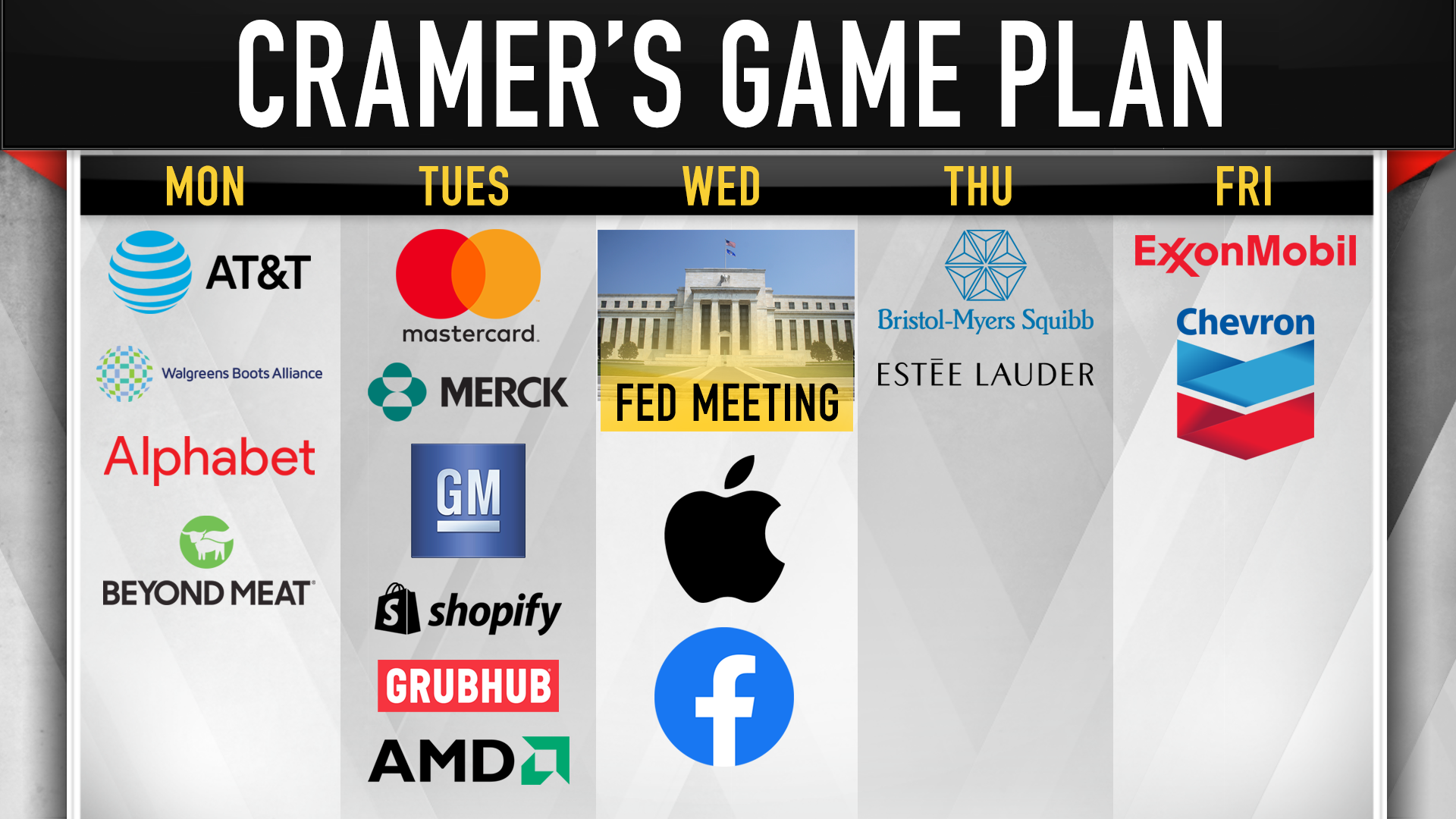 With one jam-packed week of earnings down, another is nigh.

The Dow Jones Industrial Average posted its second positive trading week in three, the S&P 500 had its third positive week in a row and the Nasdaq Composite posted its fourth-straight week of gains.

The S&P 500 closed about three points off its all-time highs, while the other two aforementioned indexes are within 2% of their respective highs.

“After the genuinely better-than-expected numbers we saw this week, I’m confident about next week, even if the deluge of earnings reports mean I won’t be able to get, let’s say, one whit of sleep next week,” CNBC’s Jim Cramer said.

The “Mad Money” host revealed what company earnings reports he’ll be watching in the week ahead.

One day after American Airlines reported mixed results in its third quarter, Parker doubled down on his belief that Boeing should be responsible for shortfalls related to the worldwide grounding of the 737 Max jet model following two fatal crashes.

American’s fleet includes 24 of the jets, and the carrier was in line earlier this year to order 76 more from Boeing.

“The reality is this: We’ve already borne all sorts of damages to our customers, to our team and to our shareholders,” he said in an interview with Cramer. “Certainly the shareholder piece should be borne by the Boeing shareholders, not the American Airlines shareholders.”

Winners and losers in Honeywell 2018 spinoff

Company breakups can unlock value for shareholders, but not all spin-offs are created equal, Cramer said.

Honeywell International spun off its auto parts division Garrett Motion and home systems business Resideo Technologies about a year ago, which allowed the manufacturer to focus on the more consistent aerospace, non-residential construction and industrial software markets.

That move is paying off for Honeywell, the host said.

“Honeywell’s a very smart company, run by the brilliant Darius Adamczyk, and you don’t want to buy what he’s selling,” the host said. “If he didn’t want exposure to autos and climate control here, then maybe you shouldn’t want it either.”

Improving the economy by investing in women

The world of financial services isn’t as gender-inclusive as it should be, and Wall Street insider Sallie Krawcheck is trying to change that.

The former Citigroup CFO is trying to catalyze a change with Ellevest, a digital investing and wealth management company that she co-founded. It was No. 45 this year on CNBC’s Disruptor 50 List.

“About the most powerful thing you can do to help a society and economy is get more money in the hands of women,” Krawcheck told Cramer.

In Cramer’s lightning round, the “Mad Money” host zips through his thoughts about callers’ stock picks of the day.

Microchip Technology: “It’s too much like Texas Instruments. I want you to make the switch and go into Nvidia, even though it’s had a run — Marvell, if you think that Nvidia’s had too big a run.”

Del Taco Restaurants: “It can go for a bounce, but the whole restaurant group is under a lot of pressure. When McDonald’s stock can go down 15 straight points, I do not want to be in Del Taco.”