It’s been a tough environment for energy stocks as falling oil prices and global oversupply have pressured companies’ bottom lines, and it could be about to get worse.

Massachusetts Senator Elizabeth Warren is now closely trailing former Vice President Biden for the Democratic nomination, and her hard stance on energy policy — and the role big oil companies play in climate change — is no secret. (For a complete investing guide to what Warren means for every industry, see this story.)

In September she rolled out a $3 trillion plan for how the United States can fully transition to clean energy, and earlier this year she endorsed Representative Alexandria Ocasio-Cortez’s Green New Deal.

As part of the transition to cleaner energy, Warren’s vowed to prohibit new oil drilling leases for offshore and federal land, and she’s said she would ban hydraulic fracturing, or fracking, entirely.

This is a drastic departure from how the energy sector in the United States currently operates, so the impact could be felt in a number of ways. Smaller exploration and production companies with drilling operations heavily exposed to federal lands would likely be among the hardest hit. If production subsequently slows, companies within the larger oil ecosystem could feel the heat since a slowdown in operations would lead to softening demand for things like oil storage and transport.

I’m embracing…Governor Inslee’s ten-year action plan to achieve 100% clean energy for America by decarbonizing our electricity, our vehicles, and our buildings.

But since supply and demand drives the price of oil in the United States, supply constraints could then drive up the price of oil. This, in turn, would help large, integrated oil companies like Exxon and Chevron. Natural gas could be another beneficiary in a transition to clean energy since it produces fewer greenhouse gases than other fossil fuels.

But the biggest windfall from a Warren administration could be for renewable energy. Alternatives like solar and wind power are already gaining traction, and Warren’s energy platform depends on a rapid shift to clean energy. If the country is to become carbon-neutral by 2050, there will have to be a lot of investment — and fast — in renewable energy.

Since the get-go Warren has taken a strong stance on climate change and energy policy. In a Medium post last April she wrote that on her first day as president she would sign an executive order calling for “no more drilling” and a total moratorium on all new fossil fuel leases.

Investors took note, but at that point she wasn’t considered a frontrunner for the Democratic nomination so it was easier to shrug off.

But since then she’s steadily gained momentum in the polls. So when she reiterated her energy policy in a September 6 tweet, the Street paid attention.

“We note that a new overhang has developed for this maligned sector, namely Elizabeth Warren,” Mizuho analyst Paul Sankey wrote in a note to clients dated October 6.

It would be very difficult for Senator Warren, or any democratic candidate for that matter, to enact a full-scale fracking ban. It would be even more difficult to enact a ban if Republicans control the Senate beyond 2020. Also, most of shale production takes place on private land.

But even if she can’t ban the process outright, the mounting political rhetoric surrounding fracking has the potential to hurt energy companies, especially those with exposure to federal land.

“The spectre of a possible Warren presidency has quickly become an area of concern. While most believe it’s too early to trade, the prevalence of conversations (and spike in requests regarding Federal land exposure) reflect the rising risks/complexity associated with Election 2020,” Simmons Energy’s Ryan Todd said in a recent note to clients.

Cowen’s David Deckelbaum echoed this, saying he was surprised at how “pervasive the conversation is around Democratic candidate Warren’s proposal to ban fracking and oil and gas activity on federal lands.” 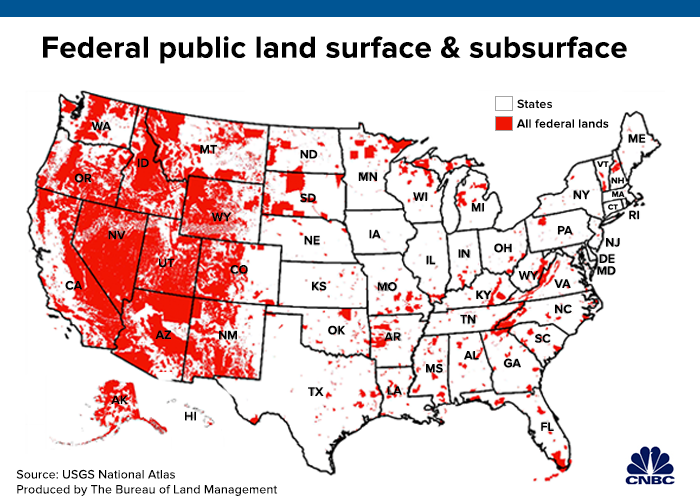 Many analysts, among them Credit Suisse’s William Featherston, are quick to point out that there are several possible outcomes of her plan. He said that ending new federal leases would be less dire than if a ban was placed on existing onshore and offshore federally leased land. This latter scenario would have a “much more severe impact for certain E&Ps and the broader oil and gas macro,” he said.

The details of Warren’s plan may not be ironed out, but the rhetoric is seemingly already having an effect. Since Senator Warren’s tweet on September 6th companies with high exposure to federal lands, such as Devon, Concho, Occidental Petroleum and Chesapeake Energy, have all lost more than 6%. By comparison, the energy sector ETF is flat, while the S&P has gained 1%.

“At the very least, it’s a situation worth monitoring heading into the primaries, but clearly several legislative and judicial hurdles exist before reaching extremes,” Cowen analyst David Deckelbaum said.

Senator Bernie Sanders has also said that he would ban fracking, while Joe Biden reportedly opposes a ban.

If production slows, oil and natural gas prices could surge.

According to energy-focused investment bank Tudor, Pickering, Holt & Co., crude oil could spike as high as $150 per barrel, while natural gas futures could reach $15 if there was a fracking ban. For context, US WTI crude futures are currently trading at $56 per barrel, while Natural Gas is at $2.30. 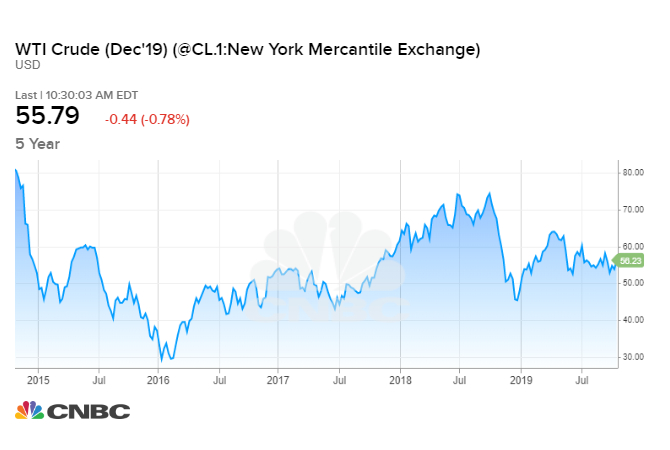 “A ban on fracking everywhere (in the US) would be incredibly bullish for both global oil prices and US natural gas prices,” Bernstein analyst Bob Brackett wrote in a note to clients earlier this month, while Credit Suisse’s William Featherston said of Warren’s policies that “the broader implication is a potential spike in oil prices.”

Natural gas could also be a beneficiary, since it’s cleaner than most fossil fuels. It’s already played a role in helping to reduce carbon admissions, and RBC’s Helima Croft said she believes the upswing will continue, at least for the time being. “Our initial read of these policies could balance out to a positive for prices even if the long-term is a different story,” she said in a note dated October 10. 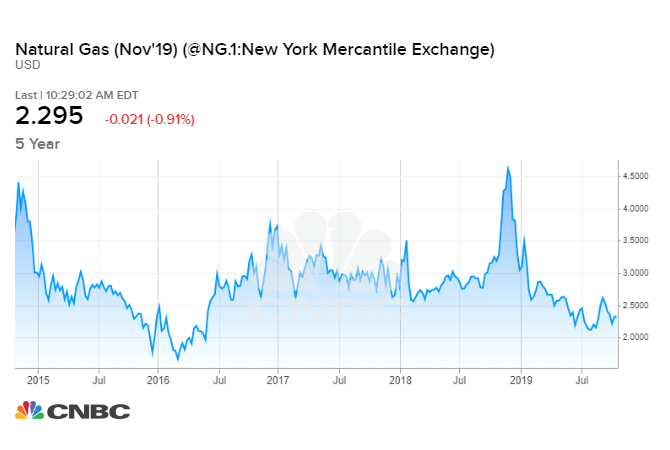 The oil and natural gas industry is a huge player in the American economy. Following years of booming shale production, the United States is now the largest oil producer in the world. Last year, for the first time in decades, the U.S. became a net exporter of oil. A whole ecosystem has developed around production, and the oil and gas industries now support more than 10 million jobs, according to the American Petroleum Institute.

All of this combined means that it would be very challenging — though conceivably not impossible — to ban fracking and reduce drilling. Making matters more difficult still is that states like Democratic New Mexico are heavily dependent on revenue from oil royalties to fund public initiatives. 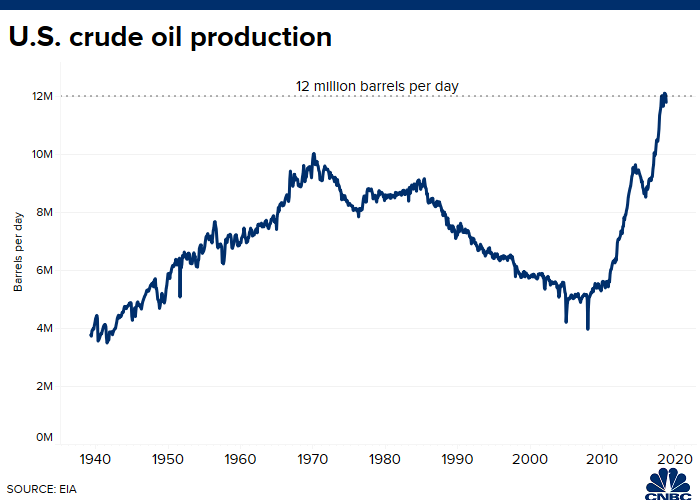 While a spike in oil prices could help large energy companies, it could quickly have a negative impact on the global economy since the world now relies on cheaper fuel.

“Specifically, the U.S. and global power generation sector could stress the system to a breaking point, so much so that the structural rise in commodity prices to meet basic needs could lead to an economic downturn,” analysts at Tudor, Pickering, Holt & Co. said.

Bryn Talkington, managing partner at Houston-based Requisite Capital Management, said that oil production is “critical” to the economy and a halt in production would have dire consequences.

“Halting fracking in the U.S. would grind the economy to a standstill … because of the increased production of oil in America: gas prices are lower, energy as an input into inflation measures is lower and global geopolitical oil shocks are less relevant to the U.S. All huge benefits to the U.S. economy,” she said to CNBC.

She’s skeptical that Warren will be able to follow through on her statements, so Talkington continues to own a basket of energy stocks.

“From a strategy perspective we want to own royalty companies that simply take a cut off the top line (spot price for oil), and the pipelines, which are the energy highway i.e. getting the oil to the consumer,” she said.

The big winner in a Warren White House could be renewables. Report after report shows how alternative forms of energy are gaining traction, and BloombergNEF predicts that by 2050 50% of worldwide energy will come from renewable sources.

For Warren’s 100% clean energy for America plan to come to fruition there will need to be hefty investments in the alternative energy sector.

“We view a Warren White House, or any of the leading Democratic candidates, to be positive for the renewables outlook as well as overall efforts to combat climate change in general. The change in Administration would be a signal to markets a more favorable investment climate, tax policy, and more climate-friendly regulatory regime than it has currently been,” said Jade Huang, portfolio manager at Calvert Global Energy Solutions Fund. Top holdings in the fund include SolarEdge Technologies, Infineon Technologies, Universal Display Corporation, Varta AG and Power Integrations, as of the latest regulatory filings.

“Correspondingly, it would be a negative to fossil fuel companies which will likely experience more rigorous regulations and greater enforcement, and greater demand to curb emissions,” she added. 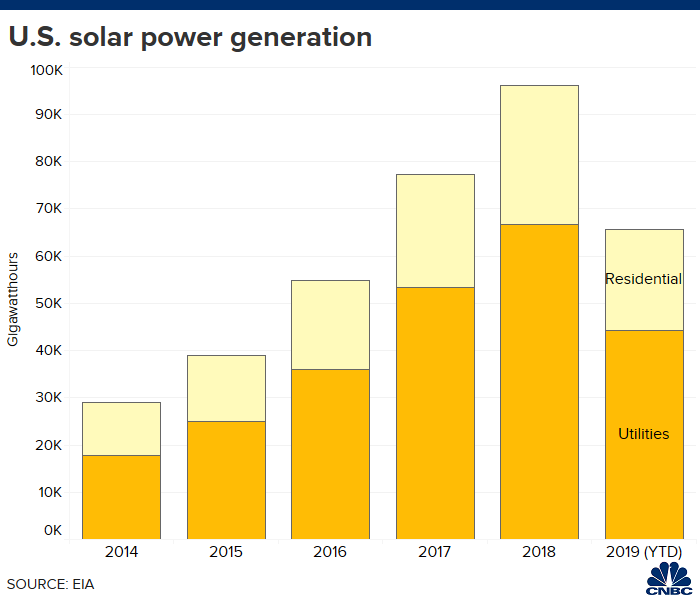 In an op-ed for the New York Times on Friday, Senate Minority leader Charles Schumer revealed his own ambitious plan for curbing carbon emissions if Democrats retake a majority in 2020.

More favorable policies for renewables would likely be a buoy for the sector, but Arlington Capital Management’s Joseph LoPresti noted that alternative energy is gaining traction in its own right, especially as costs decrease. “The solar energy industry in particular … is finally coming into its own from an investment standpoint. Solar power is just now becoming cheaper than electricity production based on fossil fuels. Within two years solar could be 25-30% cheaper than conventional energy sources,” he said to CNBC.

“The political environment and popularity of green energy may add to its appeal, but the solar industry can stand on its own two legs,” he added.

At the end of the day, of course, whoever occupies the Oval Office is just one piece of the larger economic puzzle. As RBC put it, “the stock market tends to go up over time, regardless of who occupies the White House.”

Getting your credit score above 800 isn’t easy, but it’s ‘definitely attainable,’ says analyst. Here’s how to do it
Are digital wallets safe? Here’s what to know as the battle between big banks and Apple Pay heats up
Southwest forecasts lingering losses as bookings slow in wake of holiday meltdown
5 Ways the SECURE Act 2.0 Can Boost Your Retirement Savings
A Stellar Swedish Castle, Once A Medieval Power Center, Comes To Market