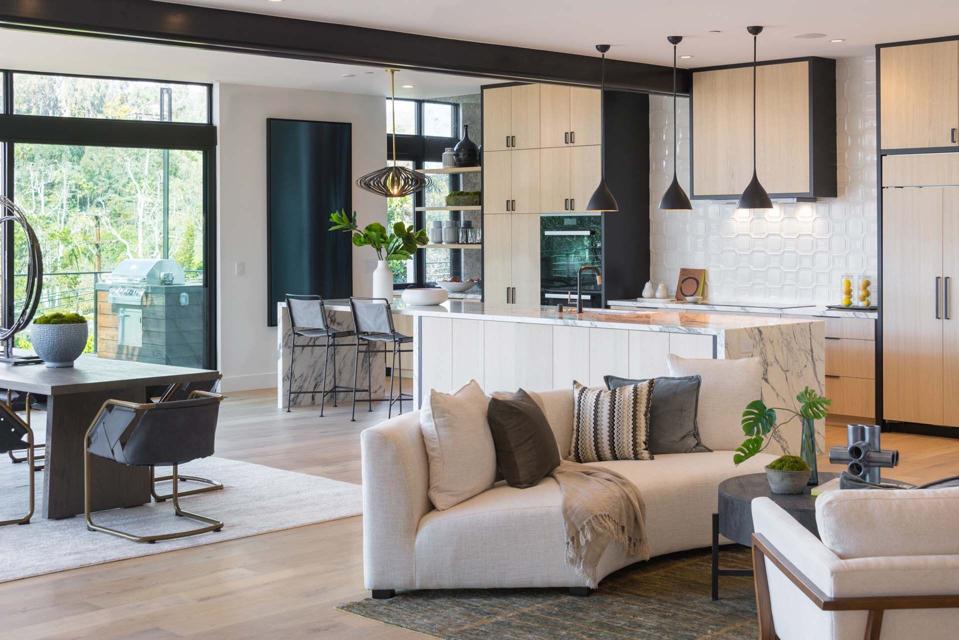 Buildings as a category use more energy than both transportation and manufacturing. We won’t be able to seriously address climate change without making the built environment more efficient. One way is to have people move into denser living arrangements, closer to jobs, transport and services. Current building practices and current zoning laws often get in the way. But there are companies dedicated to finding ways to build more affordable and more sustainable housing. One such company is Plant Prefab.

Based in Rialto, Calif., the company is dedicated to sustainability in its operation and in its designs. It recently became the first prefab builder to pledge to be carbon neutral by 2028. “Climate change is happening quickly,” CEO Steve Glenn says. “We have a shorter period of time to dramatically change the way we build, consume products and operate.”

Recognizing that “affordable” homes can be costly to build, Plant Prefab focuses on design, permitting and construction, which Glenn says are “the three problems to work on to make housing more accessible, to be able to deliver homes more quickly and more cost effectively.”

Glenn acknowledges builders have little control over the permitting aspect. But in the design phase, he says, “We’ve introduced the first marketplace for architecture. We’re democratizing great architecture and making great design more cost accessible.” At Plant Prefab.com home buyers can select from a growing number of homes from architects like Brooks + Scarpa or Kieran Timberlake.

From the construction side, Plant has an offsite manufacturing facility. “We’re a component-based building system; in essence we create our own Legos,” Glenn says. Customers can work with Plant’s own designs or with any architect as long as they design according to Plant’s guidelines.

By now it seems like builders and the general public should know what offsite construction is. (Although there are differences, it’s sometimes referred to as modular home building.) But as Sheri Koones, journalist, speaker and author of several books on pre-fabricated construction including Prefabulous World; Prefabulous Small Houses; and Downsize (Taunton Press, Oct. 29, 2019), says, “there isn’t enough information about it. It’s the best kept secret in America.”

But Koones points out that benefits can include lower cost because of economies of scale, less material waste, and lower labor costs because both production and build take less time. This can be especially true in markets where labor costs for traditional stick-built homes are high.

Offsite home construction is much more common in Europe. In Denmark and Sweden it can account for 90 percent of new home construction. Even after a century, yes it’s been around that long, in the United States, the idea of building a home off site can bring to mind something in a trailer park sitting above the ground and not attached to anything.

Plant is changing that through its architectural designs as well as its commitment to sustainability and durability. Home components — which arrive on site 90 percent completed and take a day to assemble — are built to strict standards in a stable environment. “The drywall we spec has the highest recycled content of anything available,” Glenn says. “Our paints and stains are no-VOCs. It’s not an option to use anything else; this is the way we build. When you get a home we build, it’s going to be more sustainable and healthy regardless of whether you care about that.”

As a business model, the use of offsite production is growing most quickly in the small, multi-family market — duplexes, quads, triplexes. This is the way builders and developers are going to help in the drive toward greater sustainability and affordability.

Case in point is Plant Prefab’s new Nest LivingHome toolkit, a scalable, multifamily housing solution designed in partnership with Brooks + Scarpa. This is Plant’s first multi-family system — a “kit-of-parts” adaptable for a variety of different urban lot conditions and housing program needs. The concept, according to a company press release, “is grounded in the belief that housing for the homeless should be scattered throughout regions, rather than having housing concentrated in one community. [A] main goal was to give unsheltered citizens a sense of dignity and shared social spaces on underutilized parcels of land.” The Community Corporation of Santa Monica is currently securing land for the project.

Glenn notes that earlier this year, Minnesota moved to eliminate single-family home zoning in the entire city. Builders will be able to build homes for more people on a single lot. It will mean smaller units and great density, but that’s what’s needed for smart growth that can lead to healthier living and a more sustainable future. (Final approval of the Minnesota bill will occur at the end of October 2019.) Other states are proposing legislation, too.

The outgoing CEO of a giant autos firm had a message for his successor: Don’t be like me
Ask Larry: When Should I Switch To My Social Security Retirement Benefits?
After a tough year for crypto, here’s how to handle losses on your tax return
Charts suggest investors should bet on ‘work horses’ in the Dow Jones Industrial Average, Jim Cramer says
How to figure out the best time to file your tax return: Don’t ‘race to the finish line,’ say tax pros