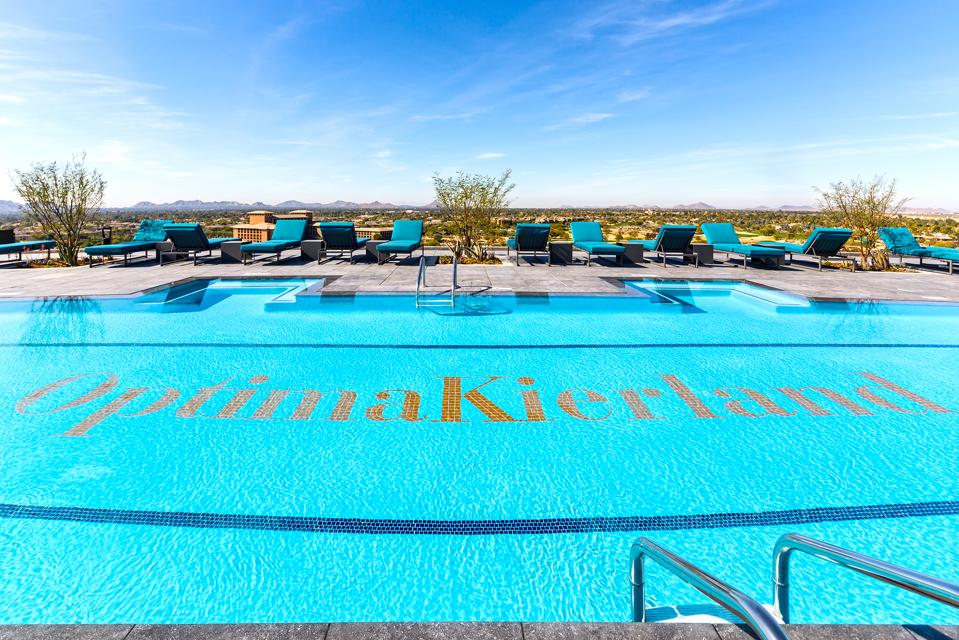 In an age of increasing development costs and growing paucity of available land, much rides on every real estate project. That’s why most large multifamily endeavors involve collaborations of specialists intently focused on their respective areas of expertise. This collaborative team includes architect, developer and general contractor, who ultimately turn over the reins of completed properties to property manager or sales broker.

Scour the nation’s multifamily industry, and you’re unlikely to find many companies that buck this trend. One that unabashedly does is Glencoe, Ill.-based Optima, Inc. Founded by acclaimed architect David Hovey, Optima Inc. has handled all the above roles for each Chicago-area and Arizona project it has undertaken since launching in 1978.

Most recently, Optima’s projects have included Chicago’s Optima Signature, a 57-story, 480-unit LEED Silver Certified luxury rental high-rise with 58,000 square feet of retail and professional space in the Streeterville enclave on the northern edge of downtown.

Another, Optima Chicago Center, is a sleek 42-story, 325-unit luxury rental building with 20,000 square feet of retail in Streeterville that opened in six years ago.

Optima Kierland Center in Scottsdale, Ariz. is a development that includes two phases. The first will produce 160 rental units and 231 condominiums, the second yielding 213 rental apartments and 202 condominiums. Both are slated for completion in 2020.

Optima Kierland Center’s sustainable design won the recognition of the International Green Construction Code, which establishes requirements intended to increase the positive impacts and reduce the negative effects of the built environment.

Put it together, and over its 41-year history the company has designed, developed and constructed 5,300 luxury rental and for-sale residences across 31 projects. Its ability to monitor and ensure quality by overseeing every development phase has helped the company capture a number of national awards celebrating thoughtful development.

But that’s not all it has enabled.

In all its projects, Optima, Inc. stresses creation of community, not just a collection of buildings. They provide residents places to live, retail space in which to shop, and – in some Optima developments — fully-furnished office suites in which to work. Toss in public art and well-conceived landscaping, and the developments strive not to simply serve residents and retail tenants, but the surrounding city. Some have said Optima’s ability to do it all enables the firm to create communities that essentially have it all.

“To help overcome this, we design and program communities and create living experiences that foster our residents’ innate desire to connect with each other,” she says. “Amenity spaces not only need to appeal to a diverse set of residents’ interests, but must . . . encourage people to unplug and choose to spend their free time using and enjoying those spaces and connecting with others in a face-to-face environment.”

It’s been observed one of the problems of car-based post-war suburban developments was this: So few people walked, the only way to meet someone new was to endure an automobile accident. The opposite is true in Optima’s developments. Not only are they situated in walkable communities where shops and eateries are steps away, they are also specifically designed to ensure common-area amenities overlap, sparking the kind of serendipitous introductions that have been known to spawn lifelong friendships.

“Intentionally overlapping open spaces allows people to gather and ‘bump’ into other residents,” Hovey says, adding it’s all in an effort to “facilitate impromptu connections.”

Inflation Adjustments: 3 Tax Numbers All Employees Must Know In 2023
A Closer Look At Forthcoming Tax Guidance On Electric Vehicle Credits
High Housing Costs Drove Relocation For A Record 25% Of Home Buyers At The End Of 2022
5 Ways the SECURE Act 2.0 Can Boost Your Retirement Savings
Single Women Are More Likely To Own Homes Than Single Men In Nearly All States