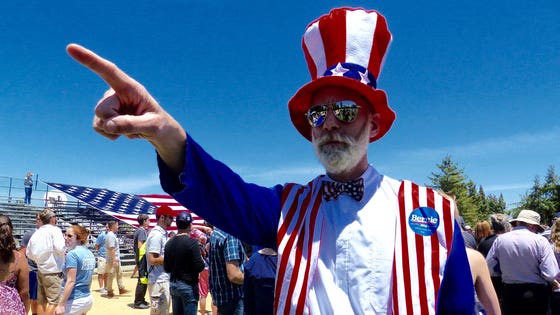 Think people want government out of their lives? Here’s a counterexample: Most Americans want the government to force them to save and to force employers to provide a retirement plan. The polling behind this view is so clear that I don’t know why more politicians aren’t talking about it.

Part of the growing mountain of evidence that Americans want retirement mandates is the regular Natixis Investment Managers survey of retirement plan participants. Over half of those surveyed—53%—said “it is the government’s responsibility to provide universal access to a retirement savings plans.” And 54% “believe personal retirement plan contributions should be mandatory.” Three-quarters of these workers want big government to force employers to provide pensions.

I am not surprised mandates are so popular. We are headed for a retirement disaster. Over half of Americans workers have no retirement plans and most will get to retirement with nothing but Social Security.

Workers seem to know they are in trouble and want the government to force them to save. One possible reason is that 401(k)-type plans are prone to early withdrawals that erode savings. A Natixis survey in 2015 found that more than a third of respondents admitted taking money out of their accounts before retirement and almost half took the money out when they changed jobs. A mandate helps preserve retirement security.

Surveys are not the only kind of evidence that suggests Americans want savings mandates. First, Social Security is a well-beloved government program. It is also a big government saving mandate. Proposals to expand Social Security are very popular among people of all ages and both political parties.

Second, when workers are unionized—and thus have a chance to tell employers how they want to be paid—they choose to have employers force them to divert cash wages to insurance and retirement plans. Union members’ rates of coverage in pension plans are three to six times higher than other workers.

Third, identifying as a saver helps form a positive identity. According to Gallup, Americans view themselves as being fiscally prudent: 59% say they view themselves as the “type of person who enjoys saving more than spending.” Another survey found that Americans understood the importance of savings, yet had significant stress over their ability to save. Fifty-one percent responded that saving money was their biggest cause of financial stress.

Fourth, psychologists show that certainty about having a stream of income for life contributes to less anxiety and greater well-being.

Fifth, additional polling suggests savings mandates in the U.S. would be popular. A global survey from 2006 found that, “when given the choice, respondents in almost all of the 20 countries surveyed chose enforcement of additional private savings.” Respondents chose mandates over options like increasing the retirement age, reducing pensions, and raising taxes.

This is no surprise. We give hardly anything to youth but they do have time. Young people would benefit most from mandates because a smallish contribution yields big returns—the power of compound interest over time. A 30-year-old can save 5% of her income for 40 years to yield the same retirement replacement rate at 65 as does a 50 year-old saving over half of their income.

It is time for employers and policymakers to take action to help improve the odds that American workers are able to reach their retirement goals. Thankfully, U.S. policymakers have examples to look to abroad.

In the Melbourne Mercer Global Pension Index, a recent survey of global pension funds, the ones that came out best had mandated plans: Denmark and the Netherlands. Australia’s Superannuation program and New Zealand’s Kiwi Saver both require employer and employee contributions. Australia, Finland, Sweden, Norway, Canada, Switzerland, and Germany also ranked above the U.S.

It is no surprise the U.S. often does worse than Western Europe. But other countries that do better than the U.S. include Singapore, Ireland and Chile (the latter of which is currently witnessing massive protests over its pension system, among other issues). Why do so many countries beat the U.S.? You guessed it. Most of these nations have a mandatory second tier after a pay-as-you-go Social Security system. Many also have robust occupational pensions.

In short, we know what needs to be done, and we know that it’s popular. The only question is when policymakers will take the baton.