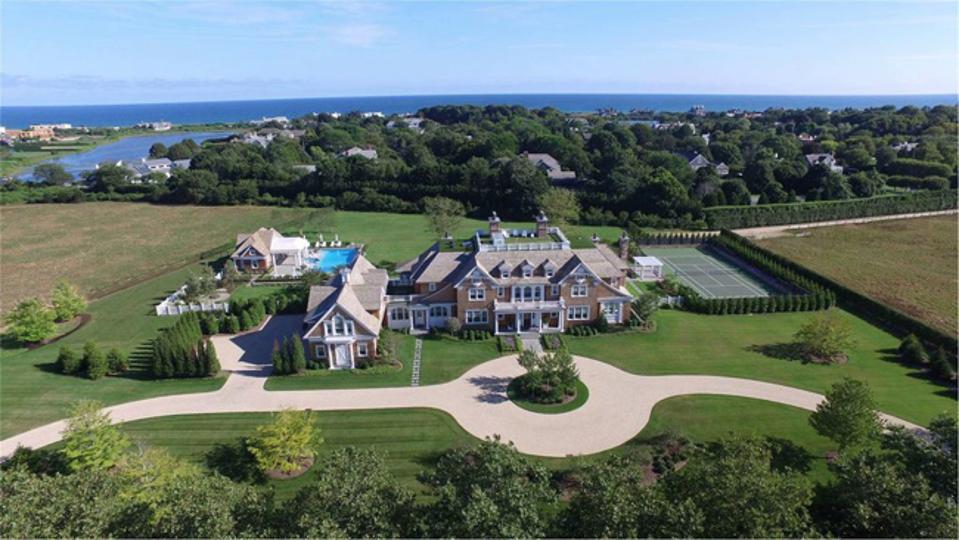 Home prices in the Hamptons, the summer playground of Wall Street titans and Hollywood celebrities, are on the rise again after almost two years of declines.

The median price of a home on the eastern tip of New York’s Long Island rose 5.5% to $857,000 in the third quarter from a year earlier, the first year-over-year gain in seven quarters, according to a report from Miller Samuel and Douglas Elliman Real Estate.

It was the one bright data point for a market that continues to struggle with weakened demand stemming from the revamped federal tax code capping the deductibility of state and local property taxes, known as SALT. Low mortgage rates helped to offset some of that impact, leading to the price gains that gave the most help to the lower end of the market, Douglas Elliman said in a statement accompanying the report.

“In the Hamptons, reduced affordability continues to be a challenge resulting from SALT, slowing down sales and causing a steady increase in inventory,” Douglas Elliman said. “However, this negative effect was partially offset by the sharp drop in mortgage rates, as well as sellers’ expanded willingness to negotiate.”

The number of Hamptons sales fell 15% to the lowest third-quarter level in eight years, according to the report. The new tax bill that went into effect last year capped SALT deductions at $10,000, making it more expensive to own property in states like New York and California where home prices and property taxes are high.

Looking just at the Hamptons’ luxury segment, defined as the priciest 10% of sales, the median sales price fell 11% from a year ago to $3.5 million, according to the report.

The so-called listing discount, meaning the difference between a listing and sale price, rose to a four-year high of 17% in the luxury segment from 13% in the year-earlier quarter. The listing discount in the overall market increased to 12% from 11%, the report showed.

The inventory of homes for sale for the entire market rose 77% from a year ago to a 13-year high, the report said. Measuring just the luxury end, inventory rose 143%.

“Key market characteristics included rising listing inventory, declining sales, and expanded negotiability,” the report said. There were 11 sales at or above $5 million, the lowest tally in six and a half years, it said.

Pending Home Sales Improve In January As More Buyers Return
Ask Larry: Will Filing Early Lower My Wife’s Social Security Spousal Benefit?
Bill Gates says no country ‘gets an A’ for its Covid pandemic response—including the U.S.
SECURE 2.0 Glitch Appears To Remove Your Ability To Make Retirement Catch-Up Contributions In 2024
Bank earnings scorecard: All the numbers are in. Wells Fargo, Morgan Stanley still our favorites