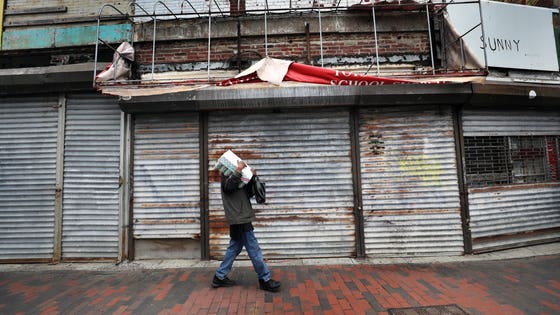 This is the second installment in an exploratory and investigative series called “How To Do Opportunity Zones Right.” This series will highlight Opportunity Zone projects, investments, collaborations, ideas and important happenings across the country that seek to meet the original intent of the Opportunity Zone legislation.

The purpose of the Opportunity Zone legislation is to create economic revitalization, increase jobs and reduce poverty, which this series aims to highlight.

When the IRS released its second round of Opportunity Zone rules in April 2019, it clarified language around the concept of “original use” and opened the window to a loophole for vacant properties in Opportunity Zones.

The spring 2019 Opportunity Zone guidance, which will be revised in the forthcoming final version of the law’s guidance due near the end of 2019, states “…where a building or other structure has been vacant for at least five years prior to being purchased…[it] will satisfy the original use requirement.”

What makes this language impactful is that if a building purchased within an Opportunity Zone meets the “original use” test then it does not have to be substantially improved. The building’s vacancy, in and of itself, as long as it’s been vacant for five or more years, satisfies the original use requirement. If a property meets the “original use” test it does not have to be improved while still qualifying for the tax benefits of Opportunity Zones.

In real estate, holding onto properties without an intention to develop is a practice known as land banking. Land banking rarely generates jobs, in an Opportunity Zone or not, and is not an activity that will create economic revitalization, increase jobs or reduce poverty by itself.

Thankfully, the federal government appears to be cognizant that the language in the latest provisions could open the door to unwanted land banking.

It’s perfectly passable to buy up vacant buildings in low- to moderate-income neighborhoods and leave them vacant, indefinitely, and still reap the tax benefits of Opportunity Zones.

But why has land banking of this version likely not happened in mass yet?

1)     The Treasury Department has solicited the public to ask if additional anti-abuse rules should be put in place specifically related to vacant property acquisitions. This has likely thwarted investors from making unnecessarily risky bets on vacant properties without them being able to measure their downside risk. If an investor were to find out in the forthcoming, final version of the regulations that they had to make more contributions to a property than they had originally intended, they may find out that the original investment was not worth it for them. Prototypical investors don’t normally take this level of risk blindly.

2)     The most economically attractive part of the Opportunity Zone tax incentive is the elimination of capital gains on new Opportunity Zone investments. If an investor purchased a 5+ year vacant property in an Opportunity Zone fund, they would participate in the tax deferral on their capital gains until 2026, but that investor would have to take a very risky bet that the value of the vacant building would appreciate above and beyond the carrying cost (i.e. taxes and maintenance) if their plan was to simply land bank for 10 or more years to get the full Opportunity Zone benefit.

An Example: Land Banking vs. Investing

To illustrate the economic impact of investing vs. land banking, imagine this hypothetical: A property sits at 101 Locust Street, within the bounds of an Opportunity Zone, and it has sat vacant for one year. The structure itself is worth $250,000, while the land underneath it is valued at $100,000. 101 Locust Street sells to an Opportunity Zone investor for $350,000.

Per IRS rules, in order for the purchase of 101 Locust Street to be considered a qualified Opportunity Zone investment, the investor must use the funds from a previous sale—which had to have taken place less than 180 days prior—of a previous property, and he or she must reinvest that sale’s profits to pay for this property at 101 Locust.

But what if 102 Locust, the property that sits just across the street from 101 Locust, has the same $350,000 value but has sat vacant for five years or longer?

Per IRS guidelines, if a property has sat vacant for five or more years, a buyer need only to purchase the property because its five years of vacancy meets the “original use” test and eliminates the need for any substantial improvement.

While there are certain investors that don’t mind grabbing and holding for long periods of time, there are many more investors that prefer to directly impact their own future returns. They do so by adding value and reconstructing properties then either renting or selling the property.

Snapping up many-years-abandoned properties, holding onto them in a capital gains tax-advantaged manner until, say, the year 2030, while simply waiting to see how the neighborhood values have appreciated (or not), is possible but not the most probable scenario outside of areas that are already being rebuilt aggressively.

However for those that are concerned that vacant buildings will be purchased by Opportunity Zone funds without meaningful economic revitalization, jobs or poverty reduction, you are encouraged to connect with lawmakers, the IRS and Treasury before year end 2019 when the final rules are supposed to be complete.

China looks past Covid as tourist bookings surge for the Lunar New Year
Here are 5 things to know about filing a tax return this year
As hit film ‘Everything Everywhere All At Once’ racks up Oscar nods, here’s what really happens in an IRS audit, according to tax pros
White House approves 16 million people for contested student loan forgiveness plan. Whether they see relief depends on Supreme Court decision
Crypto exchange Gemini lays off 10% of workforce in its latest round of cuts