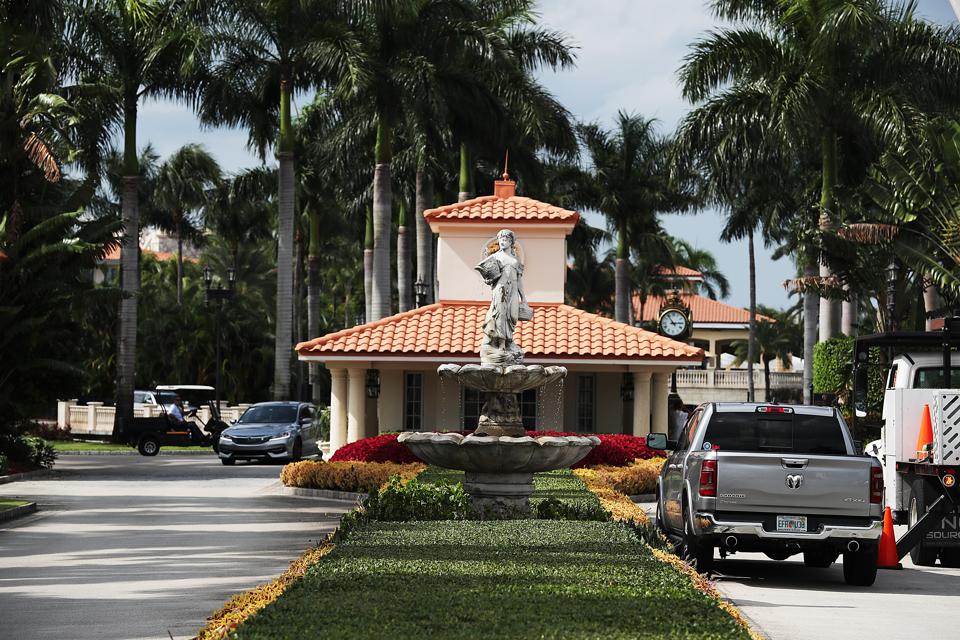 According to a story by Maggie Habberman of theNew York Times, our President has decided that he is no longer a New Yorker, but rather a Floridian. I doubt very much that President Trump reads my stuff. Nonetheless, in response to his complaint that the Tax Cuts and Jobs Act was killing him, I wrote a piece nearly two years ago, recommending that he change his domicile to Florida.

I thought that the notion was a little goofy, so I deemed the piece not Forbes worthy and banished it to my alternative blog which has looser editorial standards and a readership numbering in the scores.

Switching to being a Florida resident likely saves the President millions of dollars. You could come up with scenarios where that is not the case. If Trump Tower and 40 Wall Street (and whatever else he has in New York) are incredibly lucrative and on net he loses money everywhere else, then he would come out behind, but that seems rather improbable.

You might consider that Florida is a swing state and it is just possible that two extra votes there could make the difference – assuming the First Lady is going to vote for him that is. Still I think it is about the taxes.

New York May Fight It

In order to understand the tax issue, there are two related but distinct concepts to consider – residence and domicile. States generally tax their residents on their worldwide income allowing a credit for taxes paid to other states where income is earned. States tax nonresidents on income earned in that state.

It is possible to be taxed as a resident of more than one state, because of the concept of statutory residence, also known as the New York rule. President Trump would probably be considered a statutory resident of the District of Columbia, except that they carve out an exception for elected officials.

Putting all that aside, you are a resident of the state in which you are domiciled. Domicile is a concept that borders on the mystical. It is your true home, where your heart is. You are always considered to have a domicile. Even if you abandon your domicile and swear you will never go back there, it remains your domicile until you establish a new one.

New York is pretty ferocious in trying to hang on to people who claim to change their residence away from New York. The odd things that can win or lose a domicile case can be illustrated by the case of Match Group CEO Greg Blatt in which the location of his dog was a critical factor. Tatiana Varzar had praise from Marty Markowitz, Borough President of Brooklyn held against her.

President Trump, if challenged by New York, will have to establish that he has abandoned his New York domicile and established a new domicile in Florida. This will be challenging given that he is actually living in Washington DC. (DC is clearly not a domicile though, because he has to move out of his residence in either January 2021 or January 2025).

The other problem I see is that it is hard to establish that you have become a Floridian, because it is not quite the distinctive identity that being a New Yorker is. And domicile does turn on irrational factors. That was the basis of the advice that I gave back in 2017, which still stands.

How To Prove You Are A Floridian

One of the problems with the New York to Florida switch is that being a New Yorker is a very distinctive identity – Floridian not so much. And Trump for all his many faults in my mind is a consummate New Yorker. He can register to vote in Florida, file a Florida domicile declaration and apply for a homestead exemption on the family residence portion of Mar-a-Lago. Those are the basics, but what else can he do?

He can read A Land Remembered or at least talk about what a great book it is, even if he never reads it. He can have one of his minions read it for him.  Fond memories of having read The Yearling might also be mentioned.

Beyond that, he can start using his twitter account to signal his change in loyalties. Here are some suggested tweets.

“Orlando Sentinel really gets it. So much better than the failing New York Times”

“I’m looking forward to the Dolphins handing it to the Jets. Jets have been losers since Broadway Joe left”

“Broadway used to be great. It is nothing compared to Collins Avenue”

“The failing New York Yankees are going to get killed, I mean killed, by the Rays this year”

It would be a start.

The best part of this move may be its potential effect on headlines as President Trump can now be identified as “Florida Man”. I am not the only person to think of that as you can see from this story by Amanda Santiago in which she suggests headlines such as:

Oddly enough, there might be some political calculation involved in this as it might move thousands of Floridians annoyed at the “Florida Man” meme into the President’s column. Of course, it takes a New Yorker to think like that.