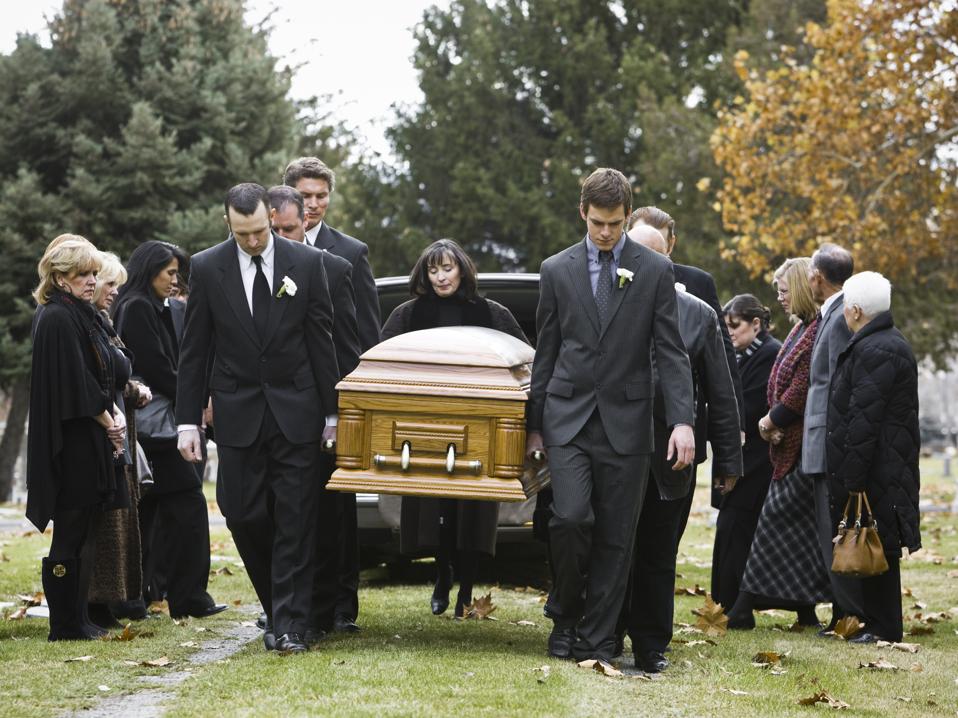 From the time I could first hold a pen, it was my dream to make a living from the written word. As a child, I was awed by the power of books and the worlds they opened. My career path, however, took a very different turn — until it didn’t.

My early school years were filled with creative writing classes, book clubs and stories that I was forever working on, and sometimes getting published in the school magazine. By high school, I had no doubt that my destiny was to be a published author.

I daydreamed about signing my name in my very own book at the local bookstore. As an English major in college, I was on my way to what I thought would be a career as a writer. Then, an after-school job in a funeral home changed my plans. I decided to become a funeral director.

Life in a Funeral Home

I knew it was a strange choice. At that time, few women were in the field. And as natural as writing always felt to me, a career surrounded by death seemed the most unnatural. But in the end, the need for a secure vocation won out.

After graduating from mortuary school, I went to work for a small family-owned funeral home. Later, I went out on my own. As I helped people through their grief, I was convinced that I was doing important and meaningful work.

But my dream of writing was always with me. Perhaps that was why I kept notes for a book I hoped I’d write someday.

With insights gleaned from my work, I adhered to the old adage to “write what you know” and began sending out short consumer articles relating to the funeral industry. A few made their way into print, admittedly in obscure publications. Still, I was pleased.

I was certain that a book about the life of a funeral director would be of interest to the public. So, I put together a book proposal and mailed out countless copies to agents and publishers.

Rejected by Publishers, Until…

The response? A slew of impersonal rejection form letters. It seemed that agents and publishers did not share my optimism.

Consequently, I put my pen down and turned my attention full-time to funeral work. Then a bit of serendipity changed everything.

I wrote a letter to the editor of the country’s most widely read funeral trade magazine, American Funeral Director. The editor responded by asking me to write an article about my experience as a woman in funeral service. That became the cover of the May 1998 issue, and soon I was writing regularly for the magazine’s “Funerals of the Famous” feature, doing stories on Celia Cruz, New York City Mayor Ed Koch and many others. I also profiled some of America’s most notable cemeteries for the magazine’s sister publication, American Cemetery.

I had found my niche.

I continued to freelance, even getting several pieces in Newsday, one of the nation’s largest newspapers at the time. I might not have been making a living out of this, but I felt that a new part of my life was starting. Then, out of the blue, a publisher who’d previously rejected my book proposal offered me a publishing contract.

My first book, Grave Undertakings, a memoir about my career as a New York City funeral director, was published in 2003. I had realized my dream, but there was more: I received emails from young women contemplating a career in funeral service, thanking me for writing the book.

Among the press events for Grave Undertakings was a book signing in Brooklyn, New York’s famed Green-Wood Cemetery. With over 600,000 burials, its rolling 478 acres is a veritable who’s who of America. As I signed books for readers inside the cemetery’s ethereal historic chapel — such a joyful departure from the somber job of making funeral arrangements — it seemed like something out of a fairy tale.

Five years later, my second book Green-Wood Cemetery — a pictorial history of the cemetery — came out. Gardens of Stone, a book about the historic cemeteries of New York City, followed in 2016.

Currently, I’m trying my hand at fiction. I’ve drawn inspiration from my career in crafting a tale around a female funeral director who helps to solve a murder mystery.

My reinvention as a writer didn’t happen quickly, but rather in increments —sometimes fraught with rejection, other times with triumph. I still work as a funeral director, a job that continues to influence what I write.

I’ve sometimes wondered how different things might have been had I not had a career apart from writing. Working as a funeral director has given me not only rich material, but insight. It has taught me lessons about life and death, and the importance of being remembered.

As unlikely as it seems, my years as a funeral director led me back to my first love.