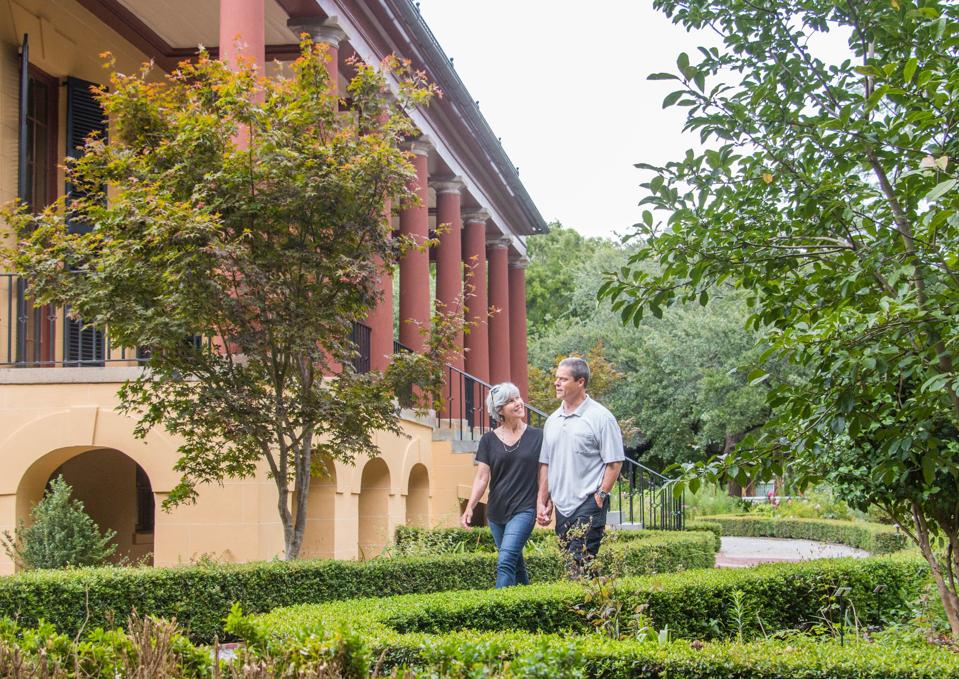 Robert Mills is best known for his design of the Washington Monument on the Mall of the National Capital. The 555-foot obelisk was, for a time, the tallest building in the United States and, since its September re-opening, is again one of our Capital’s most visited sites.

The monument’s construction was repeatedly delayed, first by lack of funds, then by the Civil War. Robert Mills did not live to see it completed, 36 years after construction began in 1848.

Although the monument is his most famous work, he is responsible for much of the architecture we think of as classically southern. He designed courthouses, churches, jails, private homes and the campus of the University of South Carolina. One of his private-home designs, located in Columbia, is a sterling example of the style we have come to associate with the antebellum south. One of only five National Historic Landmarks in Columbia, the Robert Mills House showcases the skill of the architect who designed some of our nation’s most prominent buildings.

The house may be named for him, but Robert Mills never lived here. Built in 1823, the Classical Revival mansion was known as the Ainsley-Hall House, as it was intended to be a fine townhome for Ainsley and Sarah Hall. Instead, circumstances led to the property being used as a campus for three different religious schools, including a Presbyterian theological seminary and Columbia Bible College. Abandoned and threatened with demolition in 1960, the early-19th century architectural masterpiece became a lightning rod for historic preservation advocates who banded together to form Historic Columbia.

Today, the Robert Mills House operates as an historic house museum with period rooms interpreted to look as though the Halls lived here in the 1830s.

Directly across Blanding Street is the Hampton-Preston Mansion, also a property of Historic Columbia. Built in 1818, it is one of the city’s oldest remaining structures. It provides a glimpse into the lives of the planter class homeowners and a deeper look into the lives of the enslaved people who made it all possible.

The Robert Mills House and the Hampton-Preston Mansion share the hallmarks of classical southern architecture, including prominent columns at the front, central pediments and a rigorously symmetrical front façade. Once we see these two historic houses, all southern-manor-house fantasies, from Tara to last years’ suburban MacManor, fall into place.