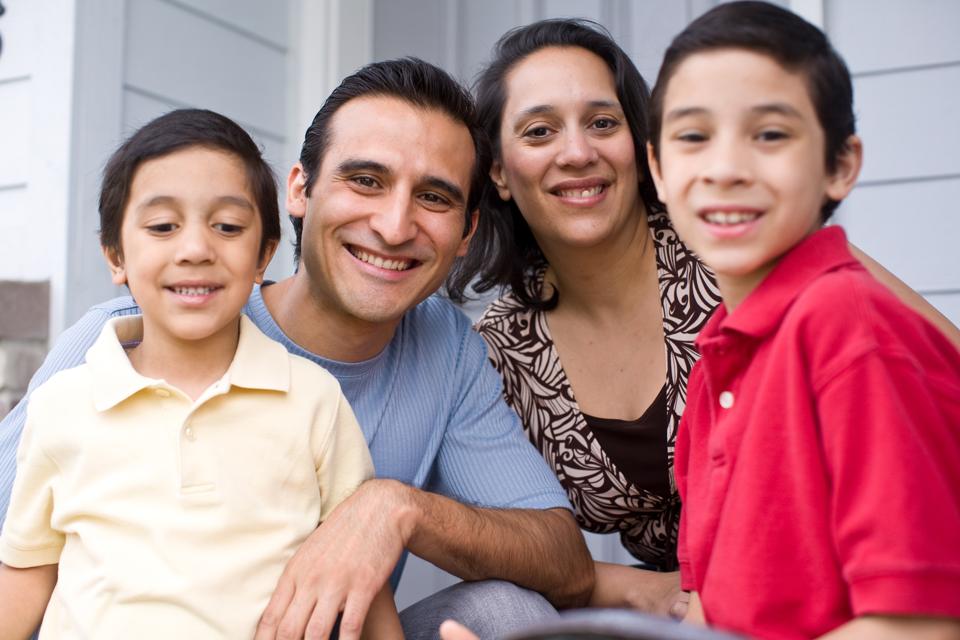 Many families still struggle financially, even though the economy has been on the mend for more than a decade. It becomes increasingly clear that something must fundamentally change for a broad and secure middle class to reemerge. Real economic security for more families won’t happen by itself. Private employers are not doing enough on their own to boost working-class families’ fortunes. Instead investments in things like infrastructure, education and affordable child care will boost job and wage growth.

A hollowed out middle class will continue to limp along for the foreseeable future. Income inequality is at a record high since the 1960s. And in recent years, wealth inequality has soared to its highest level on record dating back to 1989.

Faster economic growth that could help reverse these trends is not on the horizon. Economic growth has fallen back to below two percent in the middle of 2019 due to a slump in business investment and the fallout from Trump’s trade wars. The Congressional Budget Office (CBO) also projects that low growth will stick around for the next decade and beyond.

The CBO forecast is particularly noteworthy for what changed and what didn’t in the most recent iteration. CBO regularly updates its projections for the next decade in line with the latest data and research. The most recent estimates changed in a number of important ways, most notably because CBO now assumes much lower interest rates in the future than it did in the past. At the same time, though, CBO did not change its assumption about economic growth for the coming decade, leaving it at a modest inflation-adjusted rate of 1.8%.

This bears repeating. Lower interest rates right now and in the future do not go along with faster economic growth. Lower interest rates simply do not help much. Families have struggled with below-average employment and low wage growth for much of the past decade. But struggling families cannot afford to borrow more to buy a house or start a business in part because they are still burdened by a lot of debt.  At the same time, businesses know that families are economically squeezed and cannot spend more. Families after all struggle because businesses are not paying enough for families to pay for rising costs. Companies consequently have no reason to invest in the capacity to produce more stuff when they know that people cannot afford to buy this extra stuff. This combination of slow wage growth and low investment keeps economic growth fairly modest, even amid very low interest rates.

The CBO assumptions also hold important lessons for a different way forward. Underlying modest growth for the past decade has been a lack of private business investment. CBO just shows that, without any real changes in policy, the economy will stay on this path. Changing fiscal policy, so that the government would actually spend more money on key investments would result in faster growth. Put differently, more public investments need to fill the gap in economic activity that private companies have left. Several key public spending priorities have been clear for some time. They include fixing the country’s ailing infrastructure, boosting education from pre-K to college and providing better, renewable energy, energy efficiency and more affordable child care options, among other things. And the federal government can more easily pay for these things now that interest rates are lower and total interest payments are going to be $2 trillion less than previously projected, as Roosevelt Institute’s J.W. Mason points out. Government spending on long-term projects is smart policy that will jolt the economy out of the doldrums of subpar economic growth.

To be clear, CBO’s projected growth rate below two percent for the next decade is also another indictment of the most recent fiscal policy debacle, known as the Tax Cuts and Jobs Act of 2017. These supply-side tax cuts showered nearly $2 trillion on tax cuts weighted toward highly profitable corporations and the wealthiest few. Yet economic growth only saw a modest, temporary bump and did not accelerate. In fact, economic growth has slowed markedly in 2019 as business investment has now declined for two quarters in a row. And the federal budget deficit now approaches $1 trillion, despite historically low unemployment and the longest economic expansion on record. Taking back the tax cuts for corporations and the richest households will not harm economic growth if the tax cuts did not help in the first place.

Despite the obvious failure of supply-side tax cuts, the Trump administration and its allies in Congress are reportedly preparing for another round of tax cuts that will undoubtedly favor the rich. Rather than cutting taxes more for those at the top, Congress should consider reversing failed trickle-down policies and use the savings to invest in people and to lower deficits. Lower interest rates make it even easier to achieve these two goals. After all, expected deficits are smaller because of lower interest rates, leaving more money for the government to spend on what it actually needs.

Focusing on faster growth alone is not enough. Policymakers will need to ensure that workers actually see meaningful gains from economic growth. Over the past decade, workers waited too long to see the benefits of a growing economy in their paychecks. The gains instead went overwhelmingly to profits and those at the top of the income distribution. Measures that can help workers gain their fair share include higher minimum wages, making it easier for people to join a union, improved Social Security benefits and more affordable health insurance.

Staying the course simply is not enough and doubling down on failed tax policies is worse. American families deserve real financial security. Private companies will not do enough to reverse course. Congress and the administration instead need to step up and address the real challenges that families face. Importantly, a combination of low interest rates and reversing trickle-down tax cuts would make it a lot easier to invest in America’ s middle class.

Sam Bankman-Fried tried to influence witness through Signal, DOJ alleges
Crypto exchange Gemini lays off 10% of workforce in its latest round of cuts
High Housing Costs Drove Relocation For A Record 25% Of Home Buyers At The End Of 2022
We’ll need natural gas for years — but can start blending it with green hydrogen today, CEO says
SECURE 2.0 Helps You Shift From Taxable To Tax-Free Savings— But Your Employer Must Change Retirement Plan Documents To Allow The Option