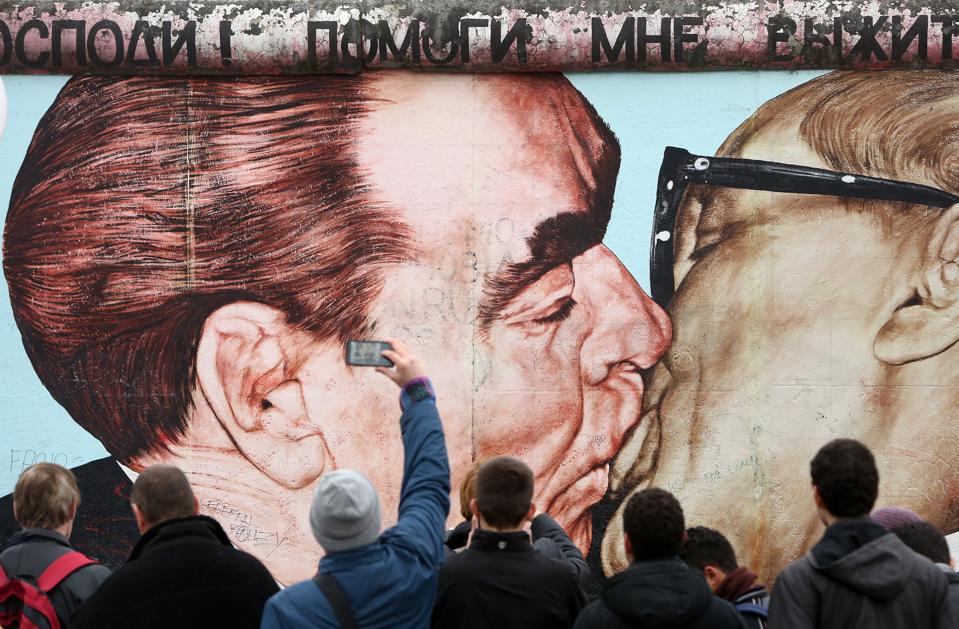 Housing prices in Central Berlin have skyrocketed by 400% since the fall of the Berlin Wall in November 1989.

Prices for development land also recorded tripe-figure increase. In Potsdamer Platz, prices went up 226%, from €6,000 per square meter in 1992 to the current €20,000 per square meter–according to the Berlin administration committee of valuation experts.

In the area around East Side Gallery, the open-air gallery where remnants of the Wall have been painted by artists, prices rose from a mere €153 per square meter up to €10,000 per square meter – an eye-watering 6419% increase.

“The area around the wall was in the outskirts of the two cities, West and East Berlin,” said Till Johannes Brühöfener-McCourt, Ziegert’s head of research. “When the wall came down, all of a sudden the area became the centre of unified Berlin.”

Mitte was once the location of the Wall’s border control points, including the famous Checkpoint Charlie, which was operated by the U.S. Army. It is now the first and most central borough of Berlin.

McCourt added that the gritty areas where the wall once stood have seen the highest rise in property prices. “It’s an ongoing transformation,” he said. “Some of these areas are still being redeveloped.”

The Berlin property market struggled over the 1990s but began to gain momentum in the early 2000s, partly due to foreign investors.

Now, Berlin is the city with the highest growth for prices of luxury real estate in the world – according to data from Knight Frank.

The Wall divided the city for 28 years, since its construction by the German Democratic Republic (GDR or East Germany) in August 1961.

The gates and checkpoints were opened to the crowd on November 9 1989, in what was dubbed as “the fall of the Berlin Wall”. The demolition of the Wall officially began on 13 June 1990 and was completed in November 1991.

The former rampart is now a major tourist attraction.

Cramer’s week ahead: Fed decision on Wednesday could let the bulls ‘party on’
What happens if the Supreme Court strikes down student loan forgiveness? Here are 3 predictions
3 key things to know before opening a home equity line of credit
AT&T shares jump as subscriber growth tops analyst expectations
Some borrowers may qualify for a student loan interest deduction, despite payment pause