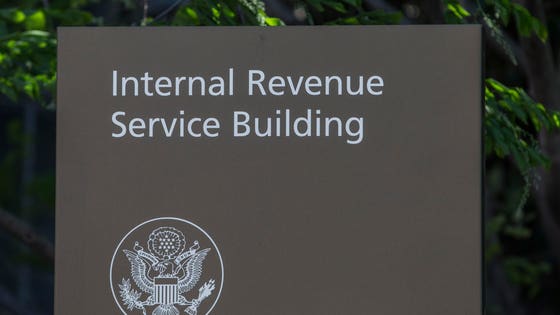 On November 7, 2019, the IRS released long-awaited Proposed Regulations to update to the life expectancy tables that both retirement account (i.e., IRA, 401(k), 403(b), TSP) owners and beneficiaries use to calculate Required Minimum Distributions (RMDs).

The tables have not been updated since Final Regulations were released by the IRS back in April of 2002, and don’t reflect the increases in life expectancies that have been achieved since that time. Notably, this led President Donald Trump to include instructions to the Secretary of the Treasury (the IRS) to consider updating the existing life expectancy tables in an August 2018 Executive Order aimed at “Strengthening Retirement Security in America”.

“Updating Life Expectancy and Distribution Period Tables for Purposes of Required Minimum Distribution Rules. Within 180 days of the date of this order, the Secretary of the Treasury shall, consistent with applicable law and the policy set forth in section 1 of this order, examine the life expectancy and distribution period tables in the regulations on required minimum distributions from retirement plans (67 Fed. Reg. 18988) and determine whether they should be updated to reflect current mortality data and whether such updates should be made annually or on another periodic basis.”

Now, more than a year later, the IRS has obliged those instructions, and has released Proposed Regulations to update three separate life expectancy tables used to calculate various RMDs;

·      The Uniform Lifetime Table (used by most retirement account owners to determine their RMD),

·      The Joint and Last Survivor Table (used by retirement account owners whose sole beneficiary is a spouse more than 10 years younger), and

·      The Single Life Table (used by all beneficiaries) to determine their RMD.

If you’re wondering whether this news will help you reduce your RMD and cut your tax bill this year, the answer is “no!” The updated tables won’t be applicable until the Proposed Regulations are finalized, and even then, the proposed effective date is not until 2021.

The Proposed RMD Changes Are Most Likely To Benefit The Wealthy

While the updating of the tables is big news, because it’s the first such change in nearly two decades, the impact to most retirees will be minimal. To begin with, the updated life expectancy tables only change the minimum that is required to be distributed from an IRA (or other applicable retirement account) each year. It does not, however, prevent individuals from taking more than ‘just’ the minimum amount (which, unfortunately, is the necessary for most taxpayers to make ends meet).

According to data provided by the IRS in the Proposed Regulations, “roughly 4.6 million individuals, or 20.5% of all individuals required to take RMDs from an affected retirement plan, will make withdrawals at the minimum required level in 2021”. Thus, it’s fair to assume that the nearly-80% of individuals already voluntarily taking more than the current required minimum distribution amount will continue to take the same amounts in the future, even if the minimum distribution amount is lowered. As such, only about 20% of all IRA owners – mostly those wealthy enough to be able to avoid using their IRAs for current income – will benefit if the proposed life expectancy table changes become effective.

But what about those who can take only the minimum amount? Will this create a tax-savings windfall? Not exactly. And almost certainly not right away.

The proposed updates to the Uniform Lifetime Table, for instance, provide only fractional reductions in the size of an RMD for many taxpayers. For example, a single individual who turned 70 ½ on November 7, 2019 would calculate their first required minimum distribution (for 2019) by dividing their 2018 year-end balance by 27.4. That equates to a required minimum distribution of approximately 3.65% of the prior-year-end balance.

By contrast, under the proposed changes to the Uniform Lifetime Table, the same individual would calculate their first required minimum distribution by dividing their 2018 year-end balance by 29.1. Thus, they’d have to distribute roughly 3.44% of their prior-year-end balance. That’s a difference of ‘just’ over two-tenths of a percent.

How would that look in terms of tax-savings when translated to dollars? Obviously, it depends on the size of the account, but the first-year impact on an IRA as large as even $1 million would be fairly nominal.

Consider that, at the current 3.65% (approximate) first-year-RMD-rate for the individual noted above, the RMD on a $1 million IRA would be $36,500. Meanwhile, the same RMD, calculated using the new Uniform Lifetime Table amount of roughly 3.44% would be $34,400. That’s a difference of ‘just’ $2,100, which means even at the highest current tax rate of 37%, that individual would see a reduction of income tax of $777.

True, any tax relief for high-income taxpayers is welcomed relief, but for a single taxpayer to reach the 37% ordinary income tax bracket in 2019, they need to have more than $510,000 of taxable income. So, while deferring $2,100 in income to save $777 of income tax might be nice, it would hardly be lifechanging.

Of course, most retirees don’t have either a $1 million IRA, or more than half a million dollars of annual income. Thus, their potential savings would be even less.

Cumulative Savings Can Become Significant For Those Reaching Advanced Ages

As illustrated above, the proposed changes to the Uniform Lifetime Table (used by most owners to calculate RMDs) will result in only nominal tax savings, even for very large IRAs. For those IRA (and other retirement account owners) lucky enough to reach more advanced ages, and who have the financial means to take only the required minimum distribution from their account each year, the savings can begin to be a little bit more meaningful, but still are not likely to result in dramatic savings.

For example, by age 95, an individual taking only the minimum distribution from their IRA, beginning in the year they turned 70 years old, would be able to preserve about 10.6% more in their IRA using the proposed new Uniform Lifetime Table, as compared to the existing table.

However, it’s important to realize that this difference does not mean that an individual would actually have 10.6% more wealth at 95 as a result of the proposed changes. Notably, if an individual is only taking a distribution from their IRA because they are required to, they could presumably reinvest the after-tax amount of the distribution in a taxable account. The total distribution amount, therefore, is not lost. Rather, the potential difference in the actual wealth of the aforementioned 95-year-old individual using the current Uniform Lifetime Table as compared to the new proposed Uniform Lifetime Table would be attributable to the “tax drag” associated with the reinvested ‘excess’ RMDs distributed using the current table.

Required minimum distributions are likely to be a little bit less beginning in 2021. The changes aren’t going to be dramatic, but for those only taking distributions from their retirement accounts because they have to, any relief is good news.

Head’s Up Insight: Here’s Where SECURE 2.0 Falls Short And Will Disappoint You Today
Inflation Adjustments: 3 Tax Numbers All Employees Must Know In 2023
Crypto exchange Gemini lays off 10% of workforce in its latest round of cuts
5 Questions To Ask Yourself About Your Retirement Finances
Tax season starts with boosted IRS workforce, new technology as agency begins to deploy $80 billion in funding