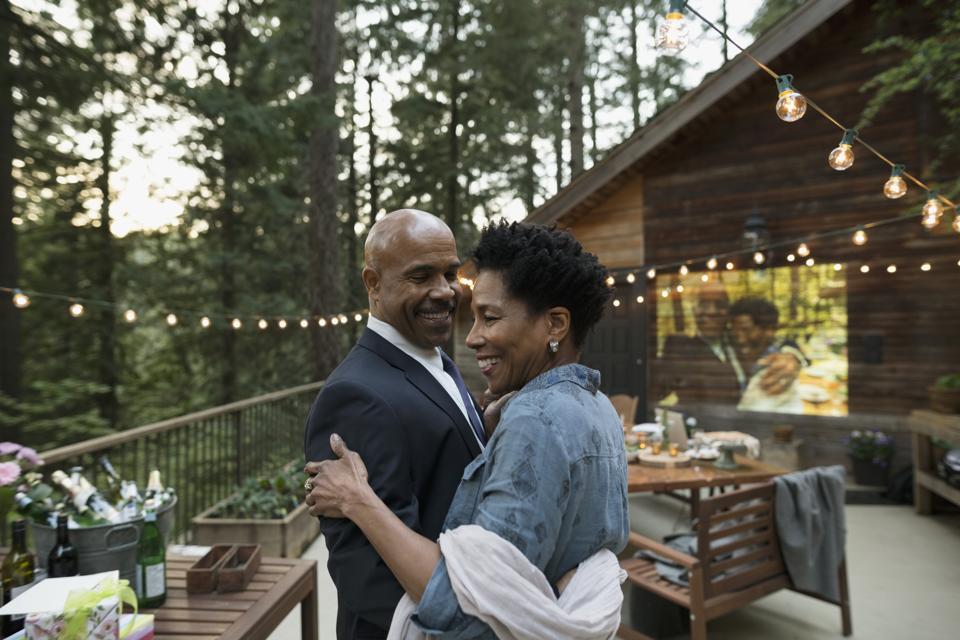 Stop me if you’ve heard this one before: the earnings gap between men and women affects not merely their living standards in the short-term, but also their well-being in retirement.

But the whole discussion is very narrowly focused on income. There’s an elephant in the room: marriage.

Let’s start with the data; to take a few sample age brackets,

Add on to this difference, the greater degree to which women work part-time or leave the labor force entirely for caregiving, their greater likelihood to choose to retire early (in part to match an older spouse’s retirement age), and their greater longevity, and lower earnings in retirement are no surprise.

A 2016 study by NIRS (the National Institute on Retirement Security) compiled the statistics (using 2013 data):

Expressed in terms of poverty rates, among the youngest seniors, 6% of men and 8% of women were poor, but only 4% of men ages 75 – 79 were poor compared to 12% of women, and 6% of 80-and-over men vs. 11% of women. (Why would poverty rates drop for the moderately-old men? Perhaps it’s a cohort issue, or perhaps this is just a matter of the lower life expectancy of the poor.)

And, logically enough, it is unmarried women who experience this gap. Married men and women have nearly identical household income levels, which makes sense because income declines by the age of the seniors involved, and women are, on average, younger than their spouses (and the youngest of the men are likely to have wives not yet 65 and excluded the data). Specifically,

Why is the wage gap least among the never-married? In part, because the earnings of never-married men are low to begin with – lower, in fact, than widowed, divorced, or separated male households. (Curiously, though I suppose a bit beside the point for our purposes, separated households are considerably lower-income than divorced ones – maybe because those are the ones that can’t afford to formalize their financial affairs?)

It would also appear from the data that divorced or never-married women are not lower-income than their married counterparts, if half the household income is “assigned” to them, but since the prevalence of divorced seniors is highest among the younger group whose income is the highest, there aren’t actually any conclusions that can be drawn from this.

But all of this is leading up to the rather obvious point that it is women who are far more likely to be unmarried during their “golden years” than men. Here’s the census data from 2010:

Which leads me to the latest Pew poll on attitudes toward cohabitation and marriage.

Although the percentage of adults age 18 and older who are cohabitating with a romantic partner is still small, at 7% of the total, vs. 3% in 1995, the prevalence over a longer span has increased, as more adults age 18 – 44, 60%, have cohabitated, than have been married, at 50%. What’s more, these are not simply young adults on their way toward marriage: 35% have a child from the relationship, and 19% have children from other relationships living in their household (this compares to 70% and 6% for married couples).

But the most startling statistic in this survey was a question about the value of marriage. Younger adults are now more likely than not to agree that it makes no difference whether cohabitating couples marry or not.

We already know that the age at first marriage has been increasing dramatically and that as a result, the portion of one’s adult lifetime spent married has likewise dropped. Does this failure to recognize the value of marriage beyond the possession of a ring and a fun part with gifts, portend longer-term problems?

What’s more, when experts speak of this trend, or of “grey divorces” and their financial implications, it all tends to come out as something that simply can’t be helped. But if marriage is a key ingredient to retirees’ financial well-being, shouldn’t we talk about it?

What do you think? Hop over to JaneTheActuary.com to comment!

LeBron James NBA Finals jersey expected to fetch up to $5 million at auction
Look To The States, Not Congress, For Long-Term Care Financing Reform
SECURE 2.0 Helps You Shift From Taxable To Tax-Free Savings— But Your Employer Must Change Retirement Plan Documents To Allow The Option
Floyd Mayweather Throws In Tax Court Towel Owes $6,659,610
The Average Rent In Boston Now Rivals Bay Area Cities