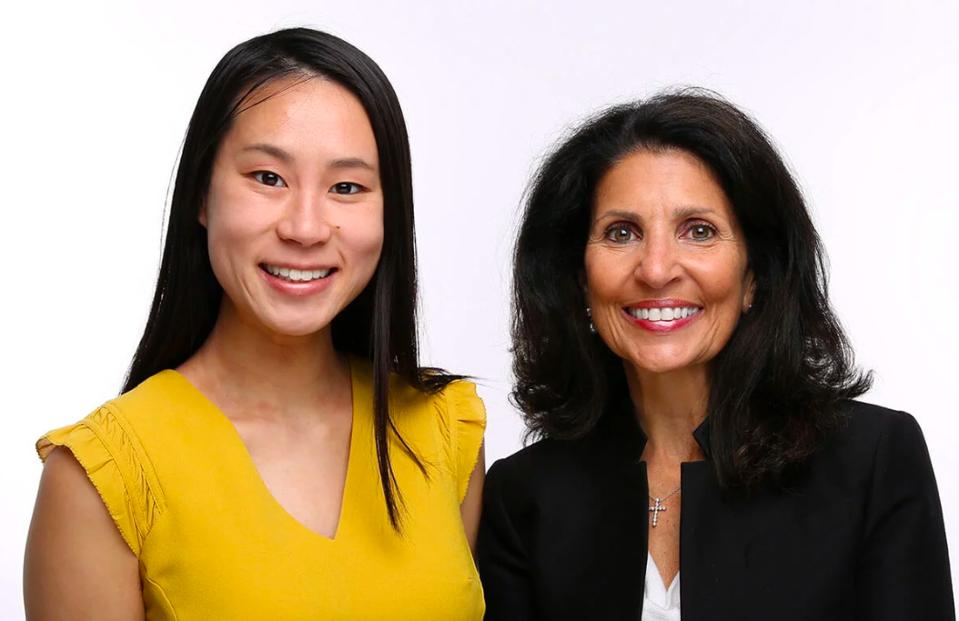 “I’ve had people say, ‘Oh my gosh, you look like you’re twelve,’” Moy says. Trying to shrug off the ageist assumptions, Moy chooses to see them as an opportunity to come off as more impressive. Still, she acknowledges that working with people of different generations can be a challenge.

So last year, when Moy found out about a new intergenerational co-mentoring program called Ageless Innovators, she quickly signed up. “I was really eager to learn more about, and from, people who are different from me,” Moy says. “I loved the idea of paying it forward while learning a lot.”

Ageless Innovators is Chicago’s first intergenerational co-mentoring program. It was created by Chicago Innovation, a community of entrepreneurs and business professionals, and The Village Chicago, a community of older adults who are often retired, but remain active locally. The Retirement Research Foundation helps fund the program.

Its co-mentors are expected to attend two Ageless Innovators events and spend 10 hours together over the course of six months. During that time, they get to know each other and learn from one another. Many choose to stay in touch beyond that.

To date, 25 co-mentoring pairs have formed. Avery Stone Fish, the program’s manager, says the goal is to double that number next year and keep Ageless Innovators going as long as possible.

“A lot of companies need better models for how to integrate older and younger workers,” says Stone Fish. “The younger voices need to be heard and appreciated, as do the older. There has to be a growing sense of mutual respect. And it’s going to become so vitally important, because more and more people over sixty are staying in the workforce. So, if we want innovative and productive teams, we’ve got to figure this out.”

Finding ways to combat age segregation and connect generations is also a focus of Encore.org, where I work. When Marc Freedman, the organization’s founder and CEO (and a former Next Avenue Influencer in Aging) speaks about the importance of mentoring, he often quotes one of his own mentors, the late John W. Gardner, who said: “Everyone wants to be interesting — but the vitalizing thing is to be interested.”

That curiosity to learn is what drew Tonise Paul, 62, CEO of the Chicago advertising agency Energy BBDO to participate in the Ageless Innovators program. She was paired with Moy and appreciates how Moy’s entrepreneurial questions make her think differently about her own business.

How the Co-Mentors Help Each Other

“One of the things Ashley’s been very interested in,” Paul says, “is the leadership of people, and the formation of a cohesive and high-performing team that brings out the best in each other and can deliver their individual best. Her probing that is a reminder to me of how important it is; what I do know about how to do that well and where I may need to improve.”

Moy says she appreciates Paul’s extensive experience and how Paul allows her to let her guard down.

“Tonise is far enough removed that I can be more transparent,” Moy says. “I can add that personal element that might be inappropriate to bring into conversation with a board member or formal adviser.”

Lindsey Pollak, author of The Remix: How to Lead and Succeed in the Multigenerational Workplace, says it’s important for different generations to get a little bit uncomfortable in order to learn from each other.

She recommends taking a chance, when you walk into a room or are sitting on a subway, and striking up a conversation with someone in an older or younger generation than you. “We’re often attracted to people who are most similar to us, but that doesn’t expand our thinking at all,” she says.

Paula Moscinski, a career transition coach and boomer, joined the Ageless Innovators program and was paired with Emily Berman, a millennial director at Medline Incorporated, a health care products manufacturer. The two were both interested in learning how to better understand and communicate with people from different generations. Moscinski wanted to expand her coaching business; Berman hoped to better manage a multigenerational team.

At first, they found it difficult to avoid slipping into familiar roles. “I can mentor anyone,” says Moscinski. “But with us, it’s co-mentoring and I have to remember the dynamic is different. I’m trying not to mentor her. I’m trying to be more open. There is less telling or advising.”

On the flip side, Berman says she’s trying not to be intimidated by Moscinski’s expertise and to remember to put herself out there in a mentoring way, also.

The two have fallen into a good rhythm, which they credit in part to mutual admiration. They’re now gearing up to launch focus groups aimed at better understanding how to communicate across generations. Moscinski will moderate the conversations and look to Berman as her coach.

Should You Pay Off Your Mortgage Before Retirement?
What The Rise Of Private Clubs Predicts For The Future Of The Office
How To Improve The Yield On Your I Bond
Even as expanded child tax credit helped millions out of poverty, some still haven’t accessed funds
Stocks making the biggest moves premarket: Nike, Micron, Amylyx and others