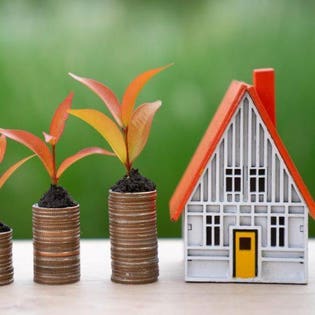 Given that opportunity zone (OZ) development is my firm’s core business, I am constantly reading and educating myself about how this young industry continues to evolve. I subscribe to all of the available blogs that cover the space and try to absorb as much as I can every week in order to learn more about how the program is being covered in the press and why.

One trend I have seen of late is that much of what you read regarding the program tends to look at how it is progressing in a negative light. There is a lot of coverage these days about how OZ funds are strictly chasing low-hanging fruit in areas that don’t necessarily need the investment dollars in the way the program was originally outlined.

For example, much of downtown Portland and a big part of downtown Houston have been designated opportunity zones. Many would argue that those neighborhoods don’t need economic redevelopment assistance to the same extent as, for example, the south and west sides of Chicago. That is a difficult argument to defend; however, I think there is much more to the story that is not being covered in the proper light.

We should not jump to conclusions too early in the cycle of this program and assume that the investment dollars are not going to find their way into the areas where they were intended to go. Let’s take a look at what the data says.

According to The Economic Innovation Group, which led the charge in passing the law, of the 8,766 certified opportunity zones designated across the U.S. and its territories, 294 contain Native American lands, and 23.2% are in rural areas. It is very important to understand that every one of these zones was designated by the respective governor of the state with input from 2010 census data, which has obviously changed significantly in certain areas over the past nine years since that study.

According to the most recent analysis of NCSHA’s latest Opportunity Zone Fund Directory, there are now 183 funds listed that expect to raise more than $44 billion for opportunity zone investment. The stunning thing about this number is that it is nearly three times the amount that they projected would be raised at the beginning of the year. What is also interesting is what each fund indicates about where in the country it intends to invest: One-third plan to invest nationwide, and are not at all limited by geography; the remaining two-thirds target specific states or regions. Nine of the newest-added 22 are looking to the South and Southwest, and the most attention is being paid to states including Arizona, New Mexico, Texas and Utah due to their demographic growth and continued positive job growth numbers.

A closer look at how OZ funds plan to invest is also rather revealing. Just about 90% anticipate investing in commercial real estate of some kind. Not surprisingly, the most popular product types include multifamily, student housing, mixed-use and hospitality. The number of funds planning to invest in community revitalization, the original intent of the program, comes in at a lower-than-expected 63%. I believe most of that can be attributed to the early adopters going after the low-hanging fruit this early in the cycle and that number will increase over time. Over half of the funds plan to invest in economic or small business development, while 23% plan to invest in infrastructure or renewable energy projects. The most encouraging statistic, in my opinion, is that close to 100% of the funds plan to invest in multiple categories.

So while commercial real estate investment appears to be the biggest beneficiary of the program, I do believe that the process will evolve as we go and the dollars will eventually flow toward the areas and businesses that are most in need of them. This obviously will not happen overnight, but as more and more real estate projects get purchased and kicked off, sponsors will have to look elsewhere for a safe home for their investors’ money. It feels short-sighted to me to look at the first year that the program has been in place and use that as a larger projection for how investments will evolve over time. We are in the bottom of the first inning right now with this program — there is still plenty of game left to be played.

Like any new business in its early days, there will always be investors who do in fact chase the path of least resistance and pursue what they consider to be “easy money.” But in my direct experience, I don’t think it is fair to paint the entire industry with that same brush. I talk to multiple groups daily who are looking to deploy OZ funds in areas in desperate need of that capital. I believe this should be celebrated as a big victory for the program as opposed to just looking at the glass as half-empty, which many of the headlines I have read of late would suggest.

With some time and a little bit of patience, more of the committed dollars will find their way toward the areas that need them the most and the full design of the program will benefit the areas it was intended for by those who crafted the law. It is way too early in the cycle to say otherwise, in my opinion, and I remain hopeful that a program that is still in its infancy will be granted the time required to grow.

Charts suggest investors should bet on ‘work horses’ in the Dow Jones Industrial Average, Jim Cramer says
Beyoncé, a $100k-a-night suite and a red carpet of influencers: Dubai basks in its booming economy
Walmart-owned Sam’s Club plans to open about 30 new stores over next five years
Jim Chanos: Bear market is doing something unheard of in my career
IRS warns tax refunds may be ‘somewhat lower.’ With high inflation, that’s a ‘double whammy’ for families, says advisor