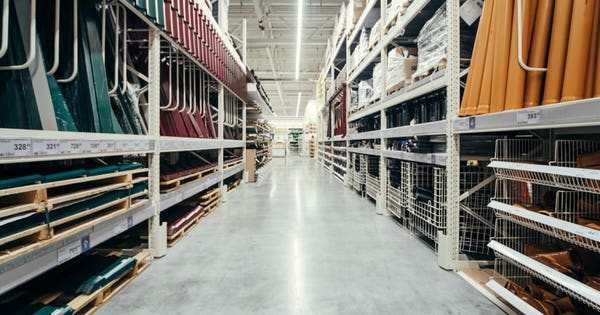 Overall, REITs have been doing quite well for themselves this year – as evidenced by iREIT on Alpha’s stellar 2019 portfolio performances.

I truly didn’t write this article to brag. But since I managed to bring this particular topic up all the same, let me tell you… These positions are hot!

With that said, I’m not recommending that everyone should just dive into any REIT out there. For one thing, as I pointed out on Halloween, there are some truly scary REITs to be found.

For another, there are some truly lackluster sectors out there. As I’ve explained more than once before, the difference between the best-performing REIT classifications and the worst is pretty intense. We’re talking over 50% at last check.

In some cases, there are good reasons why investors are devaluing what they are. In other cases, they’re going way too far, throwing the baby out with the bathwater, as it were.

If you follow me on even a somewhat regular basis, you no doubt know I’m referring to mall REITs. There are some I wouldn’t touch with a 10-foot pole, but others are well worth buying and holding.

I can’t wait to brag about being right on that latter category one of these days. But in the meantime, I’ll just happily continue to collect the seriously solid dividend payouts they offer.

That and point out the much more obvious benefits of owning industrial REITs right now.

Amazon Has Put Industrial REITs in the Sweet Spot

Industrial REITs, for the record, are those REITs that own buildings used for factories, distribution centers and, of course, warehouses.

It’s that latter category that we’re really focusing in on today considering Amazon’s recent fall from grace. While it hardly invented the need for warehouses, it certainly has expanded that demand. To quite the intense degree too.

Knowing that, investors in those companies can’t be blamed if they gulped in fear at the news that Amazon disappointed on its latest earnings report. As the CNBC headline put it, the e-commerce giant got “… Clobbered After a Miss on the Bottom Line and Soft Guidance.”

That was published on Thursday, October 4, and here were the word-for-word key points it listed:

Does any of that mean Amazon is in big trouble, where it’s going to take warehouse REITs down with it?

I would argue no, and with what I think is very good reason, as I’ll explain right below.

Amazon Is Hurting Itself, Not Warehouses

Long-term Amazon investors might want to wonder if company founder and CEO Jeff Bezos is trying to take things too far, too fast. That could be a valid concern.

Personally, I don’t blame MSN Money for running the article that it did on October 30. In “Amazon Stock Needs Long-Term Rally to Revisit $2,000 Share Price,” Tezcan Gecgil writes:

“When Amazon… reported third-quarter earnings on Oct. 24 after market close, investors realized that the group’s push for faster delivery may be hurting AMZN stock’s profits. In after-hours trading, Amazon shares fell over 6%. The following day was a whirlwind one for AMZN shareholders as the stock opened the day at $1,697.55 a share, but then had a stellar comeback to close the week at $1,761.33.”

As for it reclaiming its 2018 glory anytime soon though, Gecgil isn’t holding her breath.

“Within the past six months, management has started an ambitious attempt to cut delivery time to one day for Prime subscribers. This move has become a double-edged sword. Amazon customers have responded well, and retail sales have increased across the board.”

It’s those seven last words that have me more than confident in the sustainability of industrial REITs. Because while Bezos’ current push might end up benefiting his own business in the long-run… right now, he’s definitely doing it at his short- and mid-term expense…

Though to industrial REITs’ definite benefit.

The largest industrial REIT in the sector, Prologis Inc. (PLD) recently announced third quarter earnings results and said it was boosting cash same-store NOI guidance by 25 basis points (expects a range of 4.75% to 5%) and also raised the midpoint for development starts by $250 million (expects starts to range between $2.2 billion and $2.5 billion).

The most notable increase was to FFO per share (the REIT earnings metric) by 10% (year-over-year). The company increased its 2019 FFO guidance midpoint by $0.03 and narrowed the range to between $3.30 and $3.32 per share. The company’s CFO, Tom Olinger, said,

“Over the past five years, our growth has clearly been exceptional with a CAGR of almost 12%, while de-levering from 27% to 18%.”

Although industrial REITs are considered real estate, we believe shares trade similarly to technology-based REITs such as data centers and cell towers. They are all correlated to the growth in technology, and of course the industrial REITs are driven by the strong demand from logistics customers like Amazon.

I own shares in STAG. MNR, and PLYM.

Op-ed: Salesforce appoints ValueAct’s Morfit to its board and a proxy fight may loom ahead
These are the key tax forms you need to file your return — and when to expect them
Stocks making the biggest moves midday: American Express, Intel, Silvergate Capital and more
Here are 5 things to know about filing a tax return this year
The outgoing CEO of a giant autos firm had a message for his successor: Don’t be like me