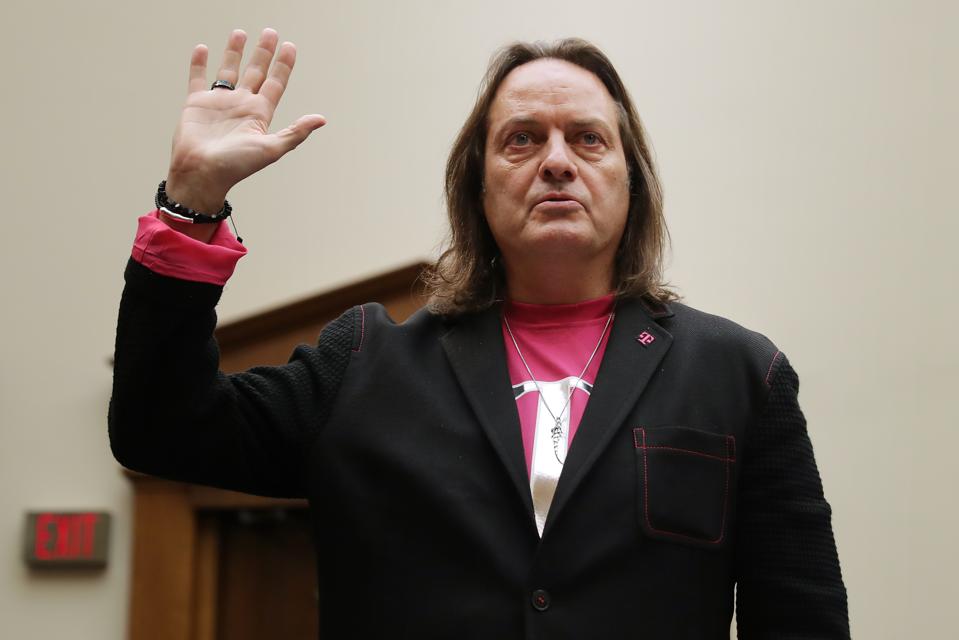 Topline: As SoftBank continues its efforts to turn around WeWork, the embattled office-sharing startup has held talks with T-Mobile CEO John Legere about becoming the company’s new chief executive, the Wall Street Journal reported on Monday.

Surprising fact: The common link between Legere and WeWork is SoftBank. Thanks to his work on the merger with Sprint—which is owned by SoftBank—Legere already has ties to the Japanese conglomerate, namely through current WeWork and Sprint chairman Marcelo Claure.

Tangent: Shares of T-Mobile were down 1.8% following the news, while Sprint stock fell 3.3%.

What to watch for: It remains unclear whether Legere would accept the position at WeWork, as he is set to receive a big payday once T-Mobile completes its proposed takeover of Sprint next year. Legere is expected to step down from leading T-Mobile once the deal with Sprint is finalized—but it has been delayed thanks to an antitrust suit filed by several different state attorneys general.

A Stellar Swedish Castle, Once A Medieval Power Center, Comes To Market
Single Women Are More Likely To Own Homes Than Single Men In Nearly All States
Crypto exchange Gemini lays off 10% of workforce in its latest round of cuts
Cramer’s week ahead: Fed decision on Wednesday could let the bulls ‘party on’
A Closer Look At Forthcoming Tax Guidance On Electric Vehicle Credits