“Don’t fight the Fed.” This oft-cited wisdom from the late investment guru Marty Zweig holds that when the Federal Reserve cuts rates, investors should double down on stock investments.

The theory is that lower rates encourage businesses and consumers to borrow and spend, boosting corporate profits. Following Zweig’s advice, investors have taken the stock market to new highs on the heels of three Fed rate cuts.

Overall, investors seem oblivious to multiple warnings signs that the economy is turning, including slumping business investment, a slowdown in hiring, stalled wage growth and a stubbornly narrow-to-inverted yield curve.

However, there are some Americans who aren’t buying into the “Don’t fight the Fed” theory.

More from Invest in You:
Anxious about money? Try a financial plan
‘Money disorders’ may be to blame for chronic debt
Your overactive imagination could be making you poorer

To that point, 65% of respondents to a recent CNBC + Acorns Invest in You survey on voter attitudes toward money and the economy think a recession is likely next year. What’s more, a large percentage of those are taking steps to prepare. Nearly half of those polled are paying down debt, 45% are cutting household spending, and over a third are putting money in an emergency fund.

The online survey was conducted by Survey Monkey Oct. 20-25 among a national sample of 2,776 adults.

This refreshing prudence on the part of the U.S. households is, of course, exactly opposite of what macroeconomists at the Fed — as well as incumbent politicians who view lower rates as enhancing their re-election prospects — want to happen. 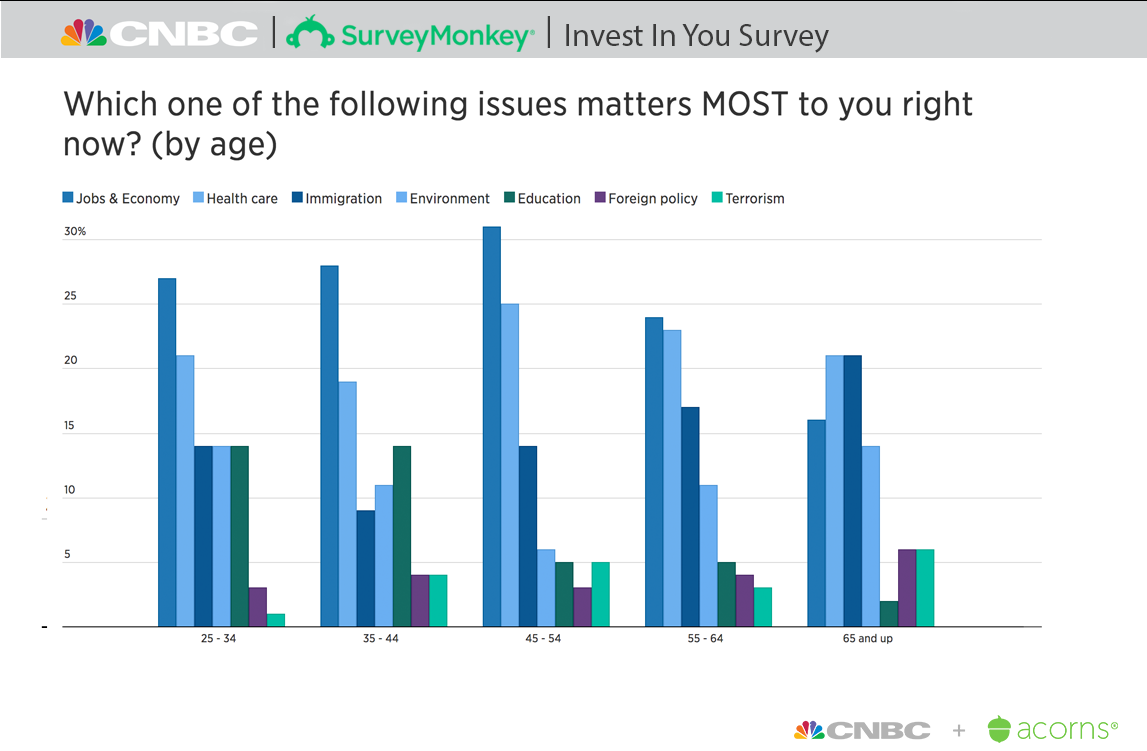 The whole idea of lowering rates is to penalize saving while making it cheap to borrow, so consumers save less and spend more. That strategy, of course, works until it doesn’t, as consumer debt levels eventually become unsustainable, risking economic collapse as we witnessed in 2008 and 2009.

This time, it looks like American households have learned their lesson, even if Washington has not.

It is particularly gratifying to see households building emergency funds. This trend is consistent with national data showing savings rates among households increasing to nearly 9% of disposable income, compared to less than 3% before the financial crisis, when so many American families were caught ill-prepared.

While the survey respondents seem very aware of risks to the economy, a surprisingly small percentage view it as a central issue in the upcoming election.

That might because the economy has not yet turned, as it had in 1992 when Bill Clinton ousted George H.W. Bush with his famous “It’s the Economy, Stupid” slogan. Or it may be an astute recognition that there is little Washington politicians can do to abate the end of a debt-fueled economic cycle. Politicians can, however, impact individual family’s financial burdens through, for instance, tax and health-care policy.

By spending less and saving more, a good number of households are showing their Fed independence.

former Chair of the FDIC

This may explain why a whopping 79% of respondents said it’s important to support a candidate who will improve their own financial situations.

Instead of relying on the Fed’s financial engineering to keep goosing the economy, this survey suggests politicians would do better to focus on bread-and-butter issues like high health-care costs, which weigh on both corporate and family balance sheets.

Perhaps they may want may want to focus on the $1.5 trillion student debt dilemma that has negatively impacted consumer spending, small business formation and home ownership.

By spending less and saving more, a good number of American households are showing their Fed independence. Washington’s policymakers should do the same.

— By Sheila Bair, former Chair of the FDIC and a member of the CNBC Financial Wellness Advisory Council

TUNE IN: Sheila Bair will appear on Squawk Box today at 8am.