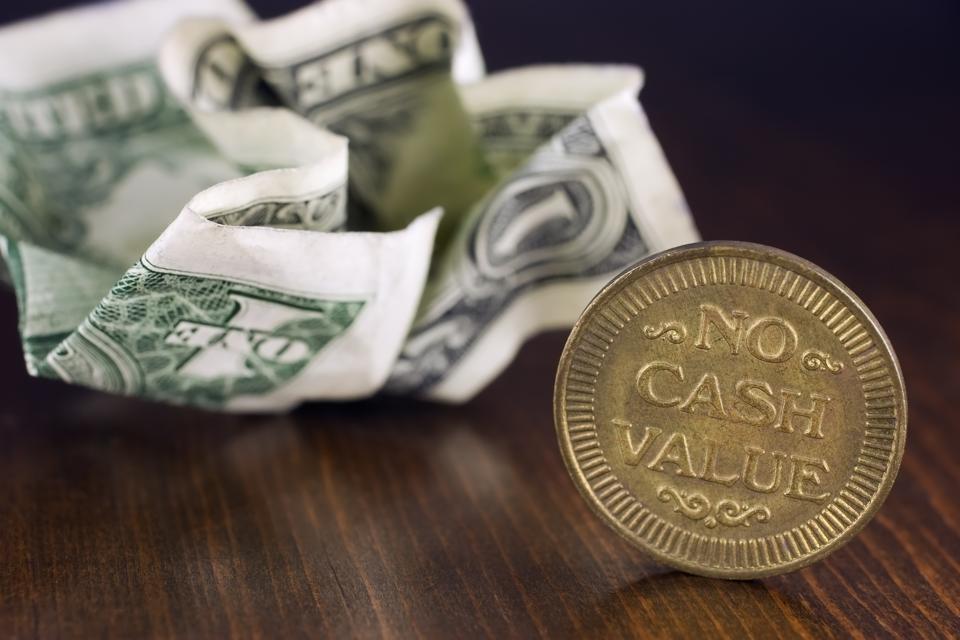 It’s the rage of Europe. Some say it gives them an advantage over America. It may, however, shock you to know the truth behind negative interest rates and the damage they can wreak on “safe” investments.

It was the tale of two luncheons.

On Tuesday, November 12, 2019, the Economic Club of New York hosted President Donald J. Trump, just as it has hosted presidents and foreign heads of state in the past. As the crowd of business leaders ate lunch, President Trump regaled them with the hard data of an ascendant economy.

Of course, he also used the opportunity to take a swipe at the Federal Reserve, which he chided for being too quick to raise rates last year and too slow to cut rates this year.

“We have ended the war on American workers,” the President said. “We have stopped the assault on American industry and we have launched an economic boom the likes of which we have never seen before. I did this despite a near record number of rate increases and quantitative tightening by the Federal Reserve since I won the election. Eight increases in total which were in my opinion far too fast an increase and far too slow a decrease because remember we are actively competing with nations who openly cut interest rates so that now many are actually getting paid when they pay off their loan, known as negative interest.”

Then, in his now all familiar style of New York swagger, Trump teased, “Whoever heard of such a thing? Give me some of that.”

The audience broke out in laughter.

Several blocks away, at nearly the same time, Patrick T. Harker, Federal Reserve Bank of Philadelphia President and CEO, spoke calmly to a crowd of business editors and writers as they finished off their box lunch sandwiches at the Society for Advancing Business Editing and Writing Fall Conference. Harker has been on the record as among those opposed to that last rate cut.

When asked to respond to the comments President Trump offered only minutes earlier at the Economic Club of New York, Harker remained respectful. Then he laid bare the truth no one considers about negative interest rates.

In either case, negative interest rates can damage some of your long held financial assumptions.

It remains true you’d prefer negative interest rates if you were a borrower. Who wouldn’t want to receive a payment when your loan was due? Instead of paying interest, you’d be receiving interest.

If that sounds backwards, fear not, it gets worse.

Put your borrowing shoe on the other foot. Imagine yourself the lender. Rather than receiving interest in exchange for loaning your money, you’d be on the hook for paying interest to the person you loaned your money to.

Your reaction might be “I’m not a bank,” but you’d be sadly mistaken.

Any time you buy a fixed income investment from a bond to a Certificate of Deposit, you’re a lender.

Worse (and you’ve been warned), you know that steady money market you’ve always put your cash into? Well, you can forget that instrument being safe.

Harker reminded the journalists that there is no law that requires money market funds to maintain the “dollar per share” value they’ve always maintained. It’s more of a tradition.

In fact, while extremely rare, money market funds have been known to “break the buck.” This happened on September 16, 2008. When Lehman Brothers declared bankruptcy, those owning bonds from the company saw the value of their portfolios shrink dramatically. One of those holders was Reserve Primary Fund, the nation’s oldest money market fund. Its NAV dropped from the ever stable $1.00 per share to 97 cents.

While negative interests rates likely would not have as sudden and dramatic impact on money market funds as this, their corrosive effects will erode the value of such “safe” instruments.

If you’re retired or nearing retirement, this is something you should consider if it appears we’re heading for a period of sustained negative interest rates. Maybe you will need to reassess what the meaning of “safe” is.

But before you worry too much, consider Harker’s comments on the global negative interest rate environment. Although negative interest rates have surfaced in Europe, he said, they’re less likely to cross the Atlantic? Why? Because all that European bond money is rushing to American bonds, despite their historically low levels of coupon rates.

In other words, in the process of fulfilling his promise to “Make America Great Again,” Trump may have made it all that much harder for us to experience the joys of negative interest rates.