A pedestrian passes in front of a Charles Schwab Corp. bank branch in downtown Chicago, Illinois.

Free trading is paying off for brokerage firm Charles Schwab.

In the same month the firm dropped trading commissions, Schwab added 142,000 new brokerage accounts, 31% more than the number of new clients added in September and a 7% jump from October of last year. The new accounts brought Schwab’s client assets to a record $3.85 trillion.

“It looks like the events around the zero commissions were helpful to Schwab,” said Richard Repetto, Principal at Sandler O’Neill, who covers the eBrokerage industry. 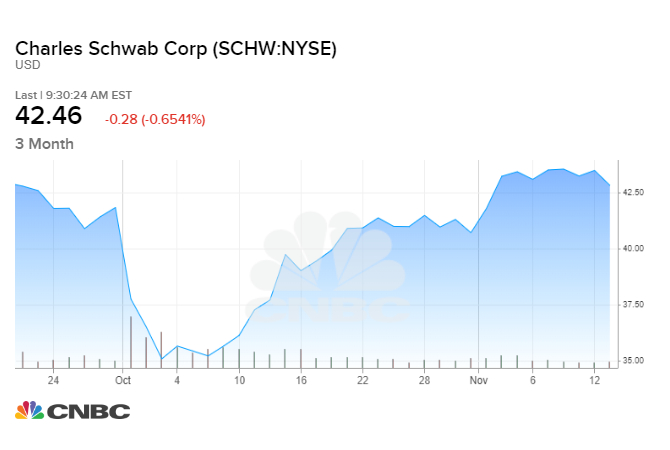 Initially after the announcement, Schwab’s stock tanked as investors worried that the lost commission revenue, which fed about $90 million to $100 million in quarterly revenue, would pressure margins. However, the stock has recovered, bolstered by strong earnings that showed client assets reached a record high of $3.77 trillion in the third quarter. Schwab is hoping the free trading will lure more clients in, allowing it to offer them other services which come with a fee.

“We’ll have to wait and see how much revenue they can generate from that incremental trading,” said Repetto.