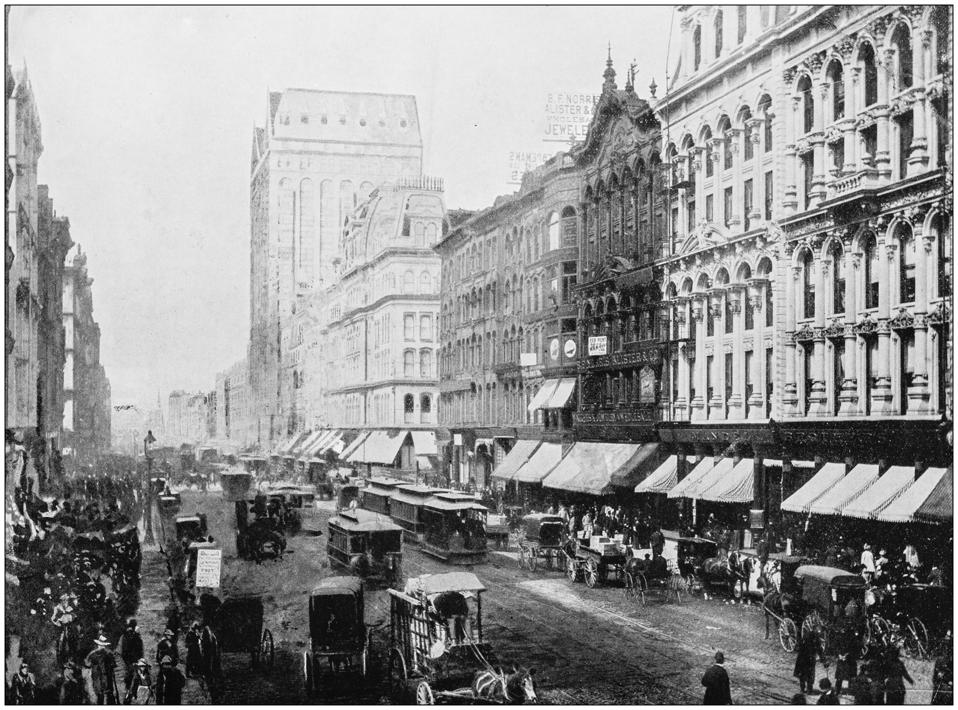 Why are public pension plans so poorly funded? Sure, you can blame politicians’ meddling, or irresponsible benefit increases, or decisions to take contribution holidays, but, to take the Chicago Teachers’ Pension Fund as a case study, it was not designed to be funded in the first place.

Here’s the story, as assembled from articles in the Chicago Daily Tribune from 1894 and 1895:

The Chicago teachers’ pension was the result of enabling legislation passed on June 1, 1895, which permitted Illinois cities with populations greater than 100,000 to set up pensions for their teachers and school employees. The legislation provided for benefits for women with more than 20 years of service and men with more than 25 years, with no minimum retirement age specified – which meant that teachers as young as 38 would be eligible (because only a high school diploma was required). However, to receive a pension was not automatic; the Board of Education controlled who would and wouldn’t be given the pension, either by accepting or denying requests or initiating retirements themselves. The benefit was fixed at 50% of final salary, up to a maximum of $600 (the original proposal was $1,000), and would be funded by an employee contribution of 1% of pay, plus any fines the Board of Education might levy for neglect of duty and any donations they might receive.

In the run-up to the vote, promoters of the bill cited its strong support among teachers, 3,500 out of 4,000 of whom had signed a petition in favor. A Miss E.K. Burdick of the Teacher’s committee objected to claims that this amounted to “charity” or “State socialism” and supported giving the Board of Education the relevant decision-making authority since

“it is reasonable to assume there would always be fair-minded people on the board, and, unfettered by any bias or selfish interest in the matter, they certainly would deal justly in all cases” (”Proposed Teachers’ Pension Law,” March 9, 1895, p. 16).

“Should any expense connected with this fund be necessary, I think the teachers are willing to assume all the responsibility and see that such accounts are met and settled from direct tax” (letter to the editor from Mrs. S. Mather Gibbs, Jan. 5, 1895, p. 14).

The Tribune, however, provided skeptical commentary.

“It is evident that it will take some years to accumulate enough money to pay a comparatively small number of pensions. But there must be at this time a number of teachers who have served their twenty years, many of whom would be glad to retire on half pay if they had a chance. . . .

“How far the board would use wisely its power to retire teachers cannot be told in advance. If the pension fund were small, as it will be for some years to come, and the number of teachers who wanted to be pensioned was large, there might be a good deal of log-rolling to get these coveted positions, where there was a steady income with nothing to do. . . .

“If all the teachers were starting in fresh this 1 per cent and the money collected from other sources might make a sufficient pension fund. For there would be a great many lapses among the female teachers. Many would die and more would get married. But the proposed system will start off with numerous candidates for retiracy, and it may be that after a short time the young teachers who will have to way from fifteen to twenty years for pensions will not like to be paying out a hundredth part of their salaries for the benefit of pensioners who may live for thirty years after they have been retired.

“Very possibly one of the first demands made on the board if the bill passes will be for a small increase in pay sufficient to cover, and a little more than cover, the 1 per cent withheld. Then the taxpayers would be called on to pay the pensions rather than the teachers. Or if the number of deserving applicants for retiracy was large and the fund was not large enough to provide for them all the taxpayers would be called on to contribute to the fund in some other way” (”Pensions for School Teachers,” Dec. 21, 1894, p. 6).

The Tribune also published a letter from a teacher among the minority who objected:

But the skeptical voices did not carry the day, and in November the Board of Education turned its attention to implementing the system, first by electing the teacher-representatives to the Board of Trustees (the remainder of the board was comprised of the Board of Education and the Superintendent of Schools), and then by identifying the potential retirees, so as to set the actual assessment on the teachers, a number that climbed from 10 teachers (November 10, 1895) to up to 225 eligible teachers (November 26, 1895), based on reports from school principals – among whom were a woman hoping to take her pension and start a “literary career” and another hoping to “retiree” and get a new job out-of-state.

So from the lack of advance funding, to the lack of vested rights, to double-dipping, there truly is nothing new under the sun.

Beyoncé, a $100k-a-night suite and a red carpet of influencers: Dubai basks in its booming economy
Why the $7,500 EV tax credit may be tougher to get starting in March
Toyota CEO and President Akio Toyoda to step down
Suze Orman: Americans are short on emergency savings amid ‘dangerous scenario’ for economy
Stocks making the biggest moves midday: American Express, Intel, Silvergate Capital and more