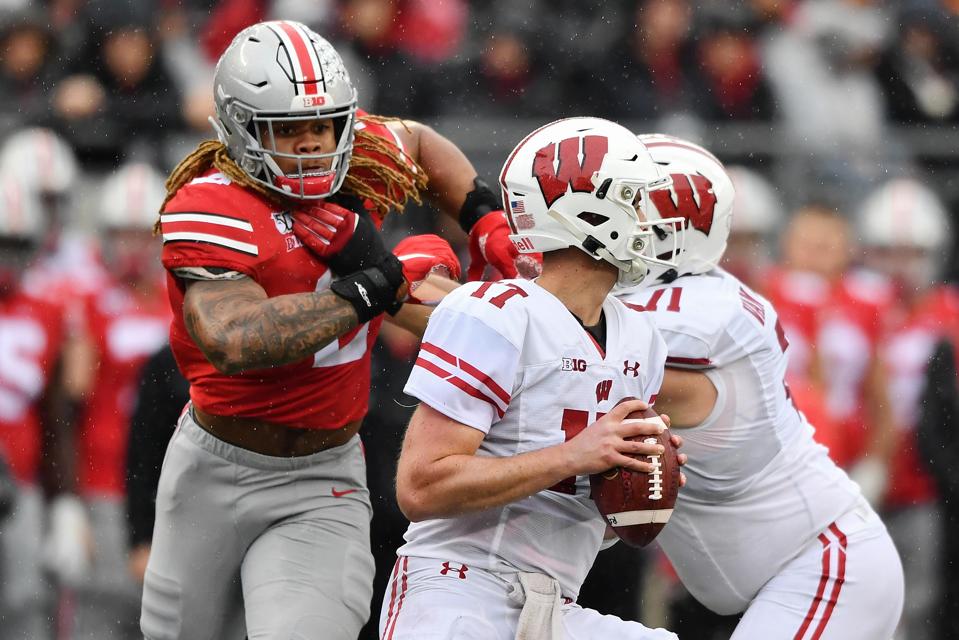 Late last month, the NCAA said college athletes could get paid for the commercial use of their likenesses or names, though it appeared to limit the compensation. In response, Sen. Richard Burr (R-NC) announced he’d propose a bill requiring any students who benefit from the change to pay federal income tax on their college scholarships.

Burr tweeted, “If college athletes are going to make money off their likenesses while in school, their scholarships should be treated like income. I’ll be introducing legislation that subjects scholarships given to athletes who choose to ‘cash in’ to income taxes.”

This is so wrong in so many ways.

To start, scholarships already are partially taxed. The share designated for tuition, books, and fees is tax-free, but funds used for other expenses, such as housing, already is taxable. Effectively, Burr would tax reduced tuition—money students never see.

Worse, Burr would discriminate against certain college athletes, effectively taxing them on benefits that are taxable to no other students who earn outside income. That seems…odd.

A few things to know about the new NCAA rules:  The organization adopted them reluctantly and only after California passed a Fair Pay to Play Act that requires those who use the image of athletes to compensate them. The universities themselves would not be paying athletes in any way. The players would not be employees of their schools, and would not receive benefits such as worker’s compensation or paid vacation or sick leave. And the schools could not use tax-free scholarships as a substitute for taxable wages.

Keep in mind that athletic scholarships can be evanescent. Players may lose them if they are cut for not being good enough, or even if they are injured.

Under the California law and the NCAA rules, athletes could get paid by, say, videogame producers or apparel makers that use their names or images. But is that compensation qualitatively any different than the wages I earned when I worked my way through college as supermarket cashier? Nobody tried to tax my scholarship because I had a part-time job.

The vast majority of those the NCAA insists on calling “student-athletes” never would  “cash in” enough to make up for the taxes they’d pay on scholarships. Imagine a tee-shirt company puts the local quarterback’s face on its product, and the kid makes, say, $500 in royalties. Would that require him to pay taxes on $100,000 in tuition covered by a scholarship?

Athletes could turn down the royalties to avoid paying Burr’s scholarship tax. But then the only winners would be the tee-shirt companies or video game producers that would continue to benefit from free content. Plus, of course, the long list of other people and firms that profit from athletes who risk their bodies every week—coaches, boosters, TV, the universities, and the NCAA itself

Many of the athletes Burr would tax have little or no other income. Because playing big-time college sports is effectively a full-time job, most of these athletes have no opportunity to do what I did and make a few extra bucks. Or what a math major who sets up a side hustle as a computer coder can do.

The NCAA has suspended Ohio State star linebacker Chase Young for two games for accepting a loan. He says he borrowed—and fully repaid— a small amount of money from a family friend so his girlfriend could fly to California to watch him play in the Rose Bowl. But if you are a college athlete, taking a personal loan may be against the rules, and could cost you your eligibility to play NCAA sports.  If you borrow more than $800—yes, $800—you can be suspended for up to four games.

To put this in some context, Young’s coach, Ryan Day, was paid $4.5 million last year, including $2.39 million annually for media, promotions, and public relations and $1.25 million from Ohio State’s contract with Nike. He also gets an automobile stipend and a private jet for personal and business use. The president of the NCAA, Mark Emmert, made $3.9 million in 2017, with $1.4 million in deferred compensation, which also deferred his income tax liability.

Don’t feel too badly for Young. If he doesn’t get hurt, he will be a top draft pick in the NFL and will, as they say, get paid. Most of his teammates will not.

While in college, few of these athletes have time to work paying jobs. They can’t borrow money. They risk injury every day. Only a tiny fraction ever will play professional sports. Yet Burr, who like the rest of the Senate is paid $174,000 annually, wants to tax the only real financial reward these athletes receive—a free college education.

That ought to be a personal foul, and not subject to replay.

House GOP study group is proposing changes to Medicare. Here’s what you need to know
Cramer’s lightning round: I say thumbs up to MP Materials
How To Avoid The 5 Most Frequent Reasons Retirement Plans Fall Apart
Biden makes surprise video appearance on ‘SNL,’ joining host Aubrey Plaza
Head’s Up Insight: Here’s Where SECURE 2.0 Falls Short And Will Disappoint You Today