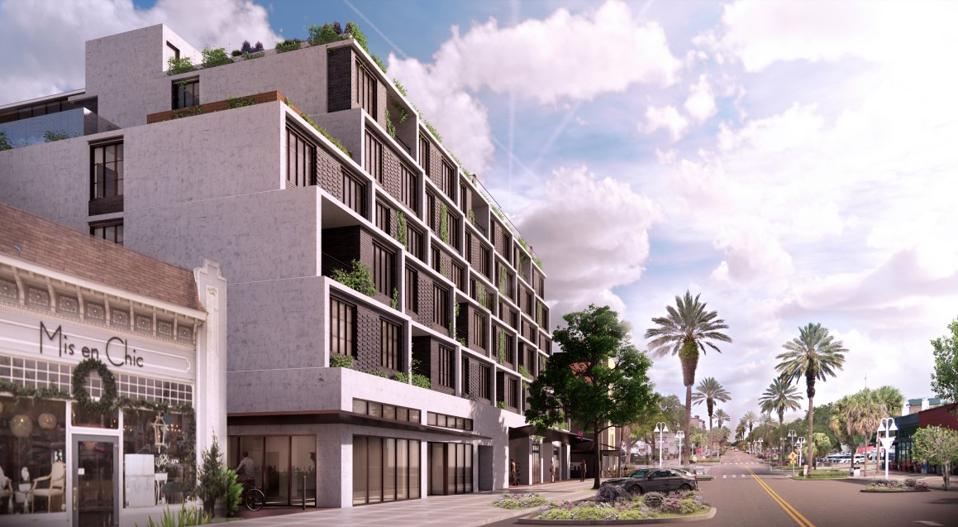 With this purchase, PTM Partners is close to accomplishing its goal of launching three to five projects through a $100 million Opportunity Zone Fund. In addition to the St. Petersburg land, the firm also acquired sites in Miami’s Overtown neighborhood and Washington D.C.’s Buzzard Point, which both will be co-developed with Douglas Development Partner.

“We believe there is only a limited amount of opportunities to invest [in OZ projects] appropriately as fiduciaries and implement the benefits of the opportunity zones the way the program is intended,” Tillman said in a recent interview. “For us, the biggest thing we look at is if an opportunity zone site can create impact for the people in the community.”

Created as part of the federal 2017 Tax Cuts and Jobs Act, Opportunity Zones are U.S. Census tracts in which developers and investors can defer their capital gains taxes for up to 10 years by reinvesting the funds into projects that will spur economic development in blighted neighborhoods. Investors can see a tax savings as much as $76 for every $100 invested.

Last month, PTM acquired a four-story building and leased to a vintage furniture store and 1.25 acre parking lot, with 1.5 acres of vacant land in St. Petersburg’s Edge District, a gentrifying neighborhood near Tropicana Field, home to the Tampa Bay Rays Major League Baseball club. The site is located within one of 16 opportunity zones in Pinellas County.

In recent years, the Edge District has seen an influx of breweries, wine bars, fusion restaurants, and small art galleries amid street art similar to outdoor art mural installations in Miami’s Wynwood neighborhood. “The mayors of St. Petersburg and Tampa fully understood the potential power of Opportunity Zone legislation,” Tillman said. “They were very proactive making sure their administrations worked on sites where they want to encourage development.”

For the first phase of the project, PTM is planning to build a 159-key Marriott Moxy, a 12,000-square-foot food fall, 6,500 square feet of planned retail space, a 7,000 square-foot outdoor garden and a 16,500-square-foot co-working space run by St. Petersburg-based Station House. The development, designed by Storyn and Kobi Karp, will also have a mid-block retail arcade/paseo that will lead directly to Tropicana Field. “We see St. Pete, especially its downtown area, as being in the bottom of the first inning of a nine inning game,” Tillman said. “The underlying demographics compare to South Florida are far superior. It has better affordability, a higher-quality workforce and a more established corporate base.”

PTM Partners purchased the St. Petersburg site from Miami based real estate investment firm Tricera Capital. It’s co-founder Scott Sherman said are reinvesting some proceeds of the sale into PTM’s project. “We believe in it and we believe in Mike,” Sherman said. “There’s a growing ton of job growth in St. Pete and Tampa. There’s good quality of life and a lot of residential density coming in now.”

Toyota CEO and President Akio Toyoda to step down
Some borrowers may qualify for a student loan interest deduction, despite payment pause
Glacier-Surrounded Hunting Lodge Carries On A 100-Year Tradition In New Zealand
Tax Cheats, Dodgers, Avoiders, And Evaders
The outgoing CEO of a giant autos firm had a message for his successor: Don’t be like me