Procrastination comes at a steep cost for older savers who want to hold off on taking mandated withdrawals from their retirement accounts.

If you turned 70½ this year or you’re older, you’re on the hook for a required minimum distribution out of your individual retirement account and each of your 401(k) plans.

This also means you can expect a tax bill when you take an RMD each year, which is why waiting until the very end of the year is so tempting. That would be a mistake.

“Now is the time to do it,” said Ed Slott, CPA and founder of Ed Slott and Co. in Rockville Centre, New York. “I wouldn’t mess around with waiting and getting it out in the last minute.”

More from Personal Finance:
Working past 65? Don’t’ overlook these benefits
Think about this risk before you jump on an IPO
If you want to save on your 2019 taxes, time is running out

You’re required to begin taking RMDs by April 1 of the year after you turn 70½. After that, you must take subsequent RMDs by Dec. 31 of each year.

How much you must withdraw in a given year is based on the account balance on the last day of the prior year and your life expectancy according to the IRS’s Uniform Lifetime Table.

Botch the annual distribution and you can wind up with a massive tax bill: a penalty equal to 50% of the RMD you were supposed to take.

Here are five RMD landmines procrastinators may hit as the year winds down.

You may have forgotten about that small 401(k) plan at an employer you left ages ago, but the IRS hasn’t.

You must calculate the RMD for each of your IRAs and each 401(k) plan that you own.

Here’s where people mess up: While you can aggregate your IRA RMDs and take the withdrawal from one IRA, you’ll need to calculate and withdraw the RMD from each 401(k) you hold — even that tiny account you left behind years ago. 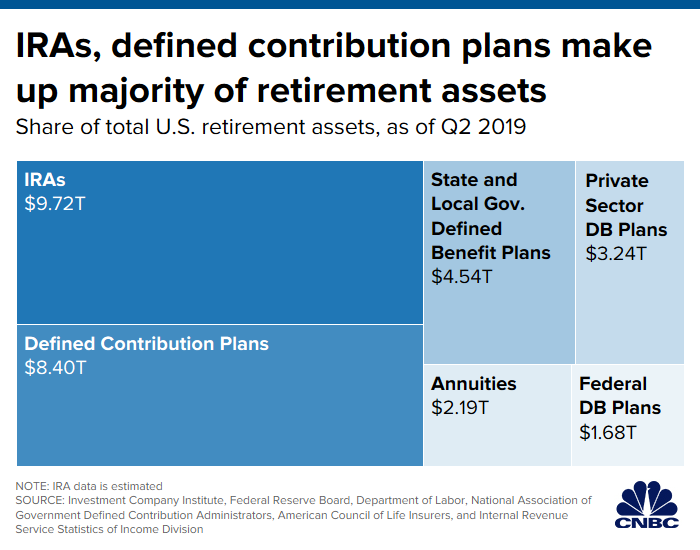 Head off trouble by hashing out the number of accounts you own. “Take stock what you own so that nothing gets lost in the shuffle,” Slott said. “If you have two or three 401(k)s, you must take an RMD from each one.”

Don’t forget your Roth 401(k). Even though these accounts are funded with after-tax dollars, account-holders must begin taking RMDs from them after they turn 70½.

Investors love Roth IRAs because they don’t have to take RMDs in their lifetime. Your after-tax dollars grow tax-free and can be withdrawn tax-free in retirement.

If you die, however, your heirs may be subject to RMDs.

The surviving spouse of an accountholder has the option of assuming the Roth IRA as if it were their own.

Other named beneficiaries may take RMDs by Dec. 31 of the year after the owner’s death, based on their own life expectancy. This is known as the stretch Roth IRA.

“If a non-spouse inherits the Roth IRA, they have RMDs, even though they are tax-free,” Slott said. “If they don’t take it, they are subject to the same 50% penalty.”

If you and your spouse are subject to RMDs and you each have IRAs and 401(k) accounts, you are responsible for taking your own distributions.

That means if one spouse has a larger IRA than the other, the couple can’t just decide to meet both of their RMDs by taking the withdrawals from that one account.

If you don’t need the income and want to avoid the taxes on an RMD, consider having your custodian transfer the money to a charity.

This move is known as a qualified charitable distribution, and you avoid taxes on the amount transferred.

Here’s the catch: You can’t transfer this money from a 401(k). Only IRAs are eligible for this strategy.

You also can’t claim a charitable deduction on your income tax return for this donation.

Workers who are still punching the clock well past 70½ can delay RMDs on their employer’s 401(k) plan until they retire, if their company allows it.

This doesn’t apply to people who own more than 5% of the company where they are work. Those employees still must take RMDs.

Tread carefully. IRAs and other 401(k)s at different employers are still subject to those mandated distributions. You’re only exempt at your current employer.