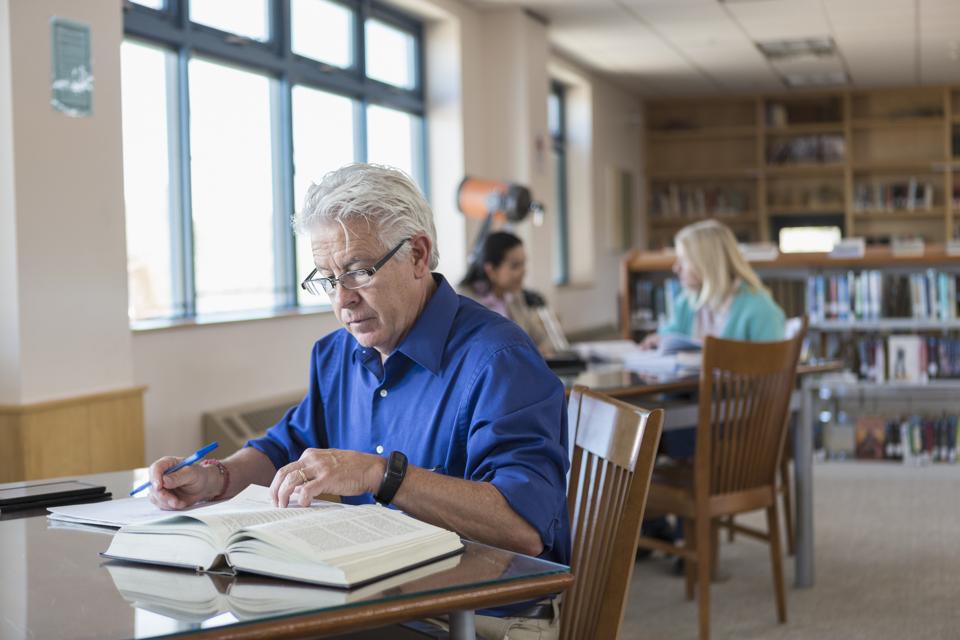 By Pat Pattison, Next Avenue Contributor

Patricia Jacobson had been working on her novel Fern since 1986. She was beyond excited to call herself a published author at last, when her first five copies arrived a month ago at The Heights senior living home in Burbank, Calif. where she lives.

Jacobson, 87, celebrated with family (full disclosure: Jacobson is my girlfriend Ruth’s mother) that night. And after her first sale on the Barnes & Noble site, she went from the crowd of “Someday I’m going to write a book” to “Do you want me to sign that copy of my book?”

Maybe you’d like to write a book, too. If so, learn from Jacobson’s experience.

When Jacobson started writing Fern — based on the hardscrabble life of children in her native Kentucky during the Depression — she thought she’d need to find a literary agent and pitch publishers. That’s not how the book saw its way into print, though. She self-published it, creating and financing the printing of her book.

According to Statista, over one million self-published titles appear annually. By comparison, roughly 340,000 new titles are released each year by mainstream publishing houses in the U.S.

Self-publishing, or as it is now referred to, indie publishing, has been around for centuries. Perhaps you’ve heard of Stephen King, Mark Twain and Edgar Allen Poe; they all self-published during their lives. These days, technology and print-on-demand companies have made self-publishing easier than ever.

Here are the main steps that Jacobson and several other self-published/indie authors told me they took to get their books in print:

Step 1: Learn from the pros. Jacobson was fortunate to have access to mystery novelist Sue Grafton, a former in-law of her brother’s. She went to one of Grafton’s workshops in Louisville, Ky. and Grafton also read some of Fern, encouraging Jacobson along the way.

But you don’t need to have an in like that. Read as much as you can from successful novelists to better hone your craft. If possible, try to participate in a writers’ workshop.

Step 2: Join a writers’ group. Jacobson’s group came to The Heights and called themselves “The Society of Successful Writers.” Its six members would meet once a month, read and comment on each other’s work and encourage more writing. Theirs was a diverse group of ages and writing genres.

There are also online support groups for writers, especially on social media. For instance, on Facebook, you can find the “Self-Publishing Support Group,” where over 6,000 members can help with anything from ways to market your book to voting on cover designs.

Step 3: Get an editor. Once you have a finished manuscript, you need to get it into shape. That means finding an editor to review and improve your book.

Jacobson was lucky here, too; her daughter, Mary is a trained journalist and edited Fern. And Jacobson’s other daughter Ruth and granddaughter Sylvie read a few chapters before publication, too. (The more eyes the better.)

Two services where you can find an editor: Reedsy and BilbioCrunch. Book editing typically costs $300 to $1,000.

Step 4. Find a self-publishing service. Jacobson started out using Amazon’s CreateSpace, but it shut down in the middle of the process. Next, she moved to Outskirts Press. Other self-publishing services to explore are Amazon KDP (KDP stands for Kindle Direct Publishing; it’s what CreateSpace became), Lulu Press and Outskirts. The overall cost of the process will vary depending on how much of the work you do; self-publishers can do the editing, too.

Step 5. Get the book formatted and sold. Once you have your book written, edited and proofed, it will need to be formatted for uploading to self-publishing services. Then, your big decision is whether to go with Amazon exclusive sales (KDP) or use an amalgamator company like Ingram Spark to sell your books. Ingram Spark lets you sell on all book platforms (such as Barnes & Noble, Amazon, Kobo and Apple iBooks) and offer it for wholesale to brick and mortar stores and libraries.

Then you have to calculate the print cost of your book. Ingram Spark has a free calculator to do it. Simply put in the size of book, number of pages, color or black and white and paperback or hardcover. For a 240-page, black-and-white paperback, you might pay about $5.60 per copy plus shipping and handing, for a total of roughly $10 to $13 per book.

If you were to sell this hypothetical book for $19.95, you might earn $2 to $5 per book, based on a 70% royalty after costs. A good rule of thumb: self-published authors often net 25% of the list price of their books.

Jacobson hopes to break even on Fern. But making money wasn’t the point. Said Jacobson: “At eighty-seven, I really wanted to see Fern in book form, so I could share it with family and friends. When I first saw the final product with its classy cover and perfect size, I burst into tears!”

‘Avatar: The Way of Water’ is the third James Cameron movie to gross $2 billion
How To Shrink High Taxes On Your Required Minimum Distributions
Bill Gates says no country ‘gets an A’ for its Covid pandemic response—including the U.S.
Suze Orman: Americans are short on emergency savings amid ‘dangerous scenario’ for economy
$11 Million Condo In New York Historic NoMad Neighborhood Stays True To Its Glory Days