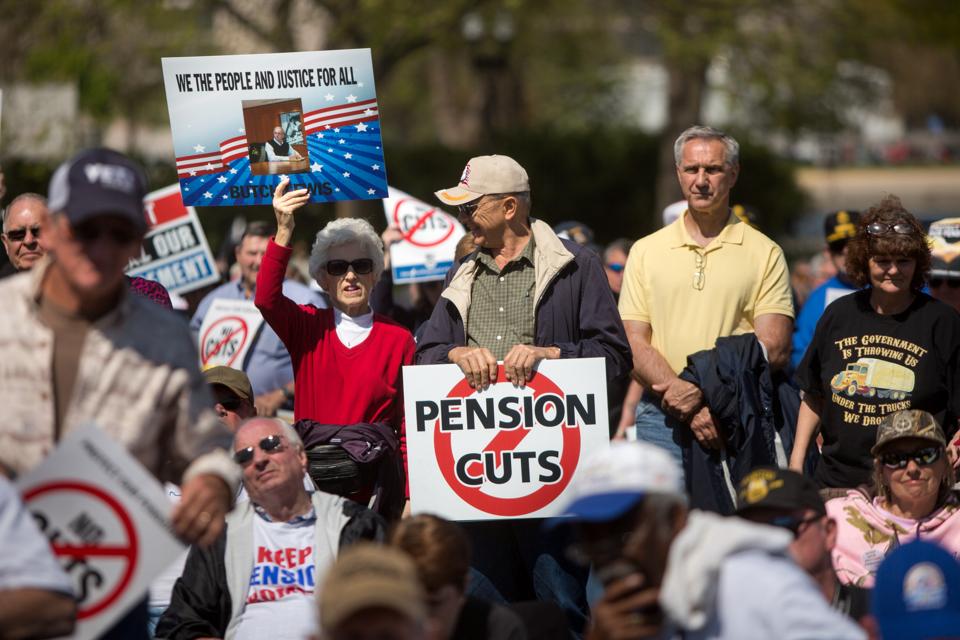 Earlier today, Senators Chuck Grassley (R-Iowa) and Lamar Alexander (R-Tenn.), chairs of the Senate Finance and Senate Health, Education, Labor and Pensions Committees respectively, released a proposal for new legislation to rescue struggling multi-employer plans and the multi-employer arm of the PBGC itself, which is otherwise anticipated to become insolvent in 2025. This proposal, which they’re calling the Multiemployer Pension Recapitalization and Reform Plan, doesn’t promise the something-for-nothing of the House Democrat’s Butch Lewis Act (originally proposed in 2018 and re-introduced this past summer) but is a complex set of reforms intended to get the system past its current crisis and provide stability moving forward.

How would these moving parts work together? According to the newly-released white paper, the first step is a new premium structure, in which, in addition to participating employers paying into the system, each retiree would also pay a “co-payment” of up to 10%, based on funded status and the age and health of the retiree, with elderly and disabled retirees exempt. This increase is intended to be less than the alternative amount of benefit cuts workers would otherwise experience, and would serve both to shore up the current system and boost the guaranteed benefit level in the system.

The proposal also intends to make it easier for troubled plans to use “partitioning” to shift a portion of the liabilities to the PBGC, so that the remaining portion becomes financially healthy. According to the Technical Explanation, the two most severely endangered plans, Central States and the United Mine Workers, would automatically be deemed eligible for partition.

It also seeks to increase the multi-employer PBGC maximum guaranteed monthly benefit, which is a mere $1,073 at present, to about $1,670 per month, and funds these enhancements through a significant increase in employer premiums, from $29 to $80, which the white paper cites as being consistent with that which single-employer plans now pay.

The Senators’ plan also proposes to tighten funding rules, including the key change of matching single-employer funding rules in the requirement to use corporate bond rates rather than expected asset return as the rate for discounting liabilities. Plans would also be required to implement “stress testing” to see how they would fare in the future. At the same time, the top level in the current “zone” structure is reached with 80% funding, but they plan to implement new incentives for plans to reach higher levels of funding. Withdrawal liability rules would be updated.

Yes, there’s a bailout, too, or, as the white paper phrases it, a “transfer of a limited amount of federal taxpayer funds to PBGC,” of an unspecified amount, paired with “a number of internal plan governance reforms to protect taxpayers” and increased disclosure requirements to provide participants, participating employers, and government regulators with more information.

And, finally, the proposal includes a new hybrid pension plan. Here’s the description:

“The proposed reforms will provide an option for the sponsors of a multiemployer plan to establish a new hybrid pension plan – called a “composite” plan – on a prospective basis. Under this concept, the sponsors of a multiemployer plan can set up a hybrid plan that pools employer contributions for investing, but only provides benefits to participants based on the contributions and any associated gains on their investment. Employers establishing a new composite plan would be relieved of withdrawal liability for benefits in the new plan, and, because workers and retirees transitioned to the new plan would no longer be covered by PBGC insurance guarantees, the plans and participants would not pay premiums to PBGC, leaving more of the funding to strengthen the retirement benefits under the composite plan. These provisions include explicit mechanisms to maintain the funded status of the legacy multiemployer plan from which the new composite plan would originate.”

Will these changes solve the problem? Will they be broadly acceptable to Democrats? How much money do they intend to “transfer” to shore up the PBGC? There are lots of questions, the answers to which, I hope, will be forthcoming.