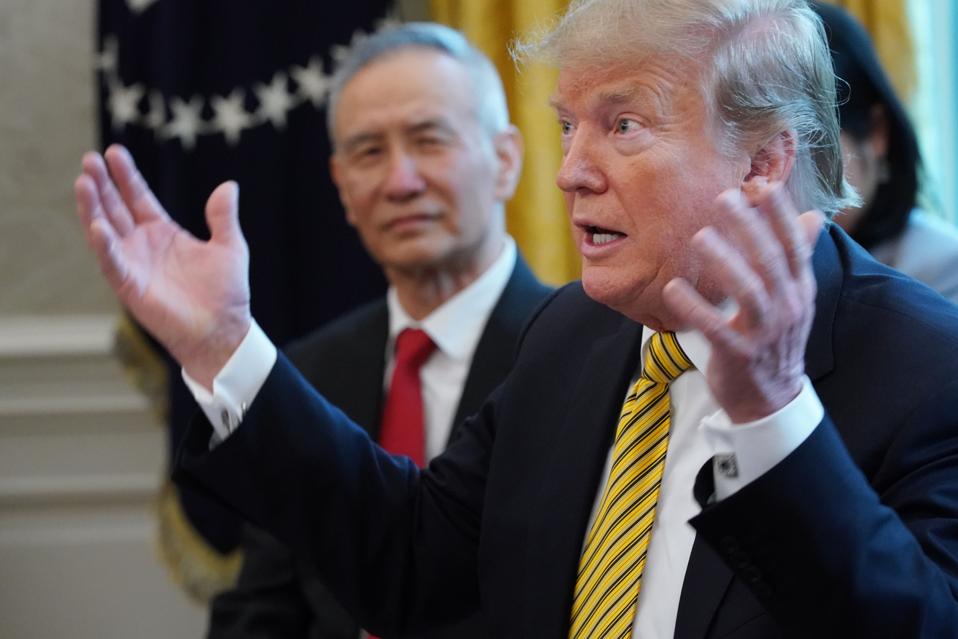 Topline: Stocks pulled back from near record highs and plummeted on Wednesday, following a report that the phase one trade deal between China and the U.S. was again delayed, and now won’t be completed this year, causing renewed anxiety in the markets.

Crucial quote: With the Chinese still resisting calls to double agricultural imports from the U.S. and Trump reluctant to pullback on tariffs, “a deal right now is a bridge too far,” describes Nicholas Sargen, senior economic consultant at Fort Washington Investment Advisors.

Key background: The stock market has been on a tear since last month, hitting record highs in the weeks after Trump first announced that he had reached a phase one trade agreement with China. The Dow and S&P 500 are both up nearly 4.5% over the last month. But trade talks have stalled recently, with the signing of the agreed-upon phase one deal repeatedly delayed as negotiations have become increasingly more complicated. Trump threatened on Tuesday to implement higher tariffs on more Chinese goods if negotiations continue to stall: “If we don’t make a deal with China, I’ll just raise the tariffs even higher.”

What to watch for: December 15, when the next round of U.S. tariffs on $156 billion worth of Chinese goods, including holiday gift items like electronics, are set to take effect. December will be a rough month—it is historically volatile, but especially because there are “so many geopolitical risks that could easily turn the market on a moment’s notice,” says Edward Moya, senior market analyst at Oanda. “Everyone was expecting a deal by Christmas, but now there’s a growing risk that we won’t see a deal before the 2020 election.”

Tangent: Impeachment hearings are still ongoing, but that hasn’t really weighed on the market yet—as a conviction passing the Senate still looks unlikely.