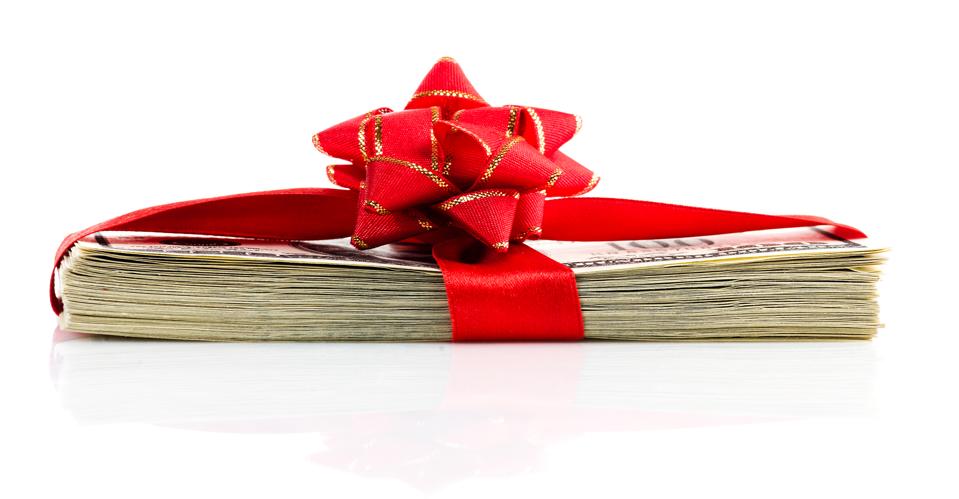 In a year-end gift for the ultra-high net worth, the Internal Revenue Service today issued final rules confirming there’s no clawback for huge wealth transfers made under the Trump tax law. The new rules don’t include any big surprises; they follow proposed rules issued a year ago. But they provide finality and certainty—a reason for the rich to get to their estate lawyers and make gifts now, worry-free.

Here’s the back story. The Tax Cuts and Jobs Act of 2017 doubled the estate and gift tax exemption, raising the base amount of $5 million to $10 million per person. That’s how much an individual can give away tax-free (the estate tax rate is a flat 40%). With inflation adjustments, the current estate tax exemption amount is $11.4 million per person. But the estate tax bump is temporary—through 2025. The question arose as to whether gifts would be taxed later when the exemption fell. The proposed rules said no. But a proposal is just that, and there were still questions.

Now, in IR-2019-189, the IRS confirms that individuals taking advantage of the increased gift and estate tax exclusion amounts, in effect from 2018 to 2025, will not be adversely impacted after 2025 when the exclusion amount is scheduled to drop to pre-2018 levels. “[I]ndividuals planning to make large gifts between 2018 and 2025 can do so without concern that they will lose the tax benefit of the higher exclusion level once it decreases after 2025,” the news release says.

Here’s a link to the unpublished rule in the Federal Register (it will be published on November 26). It comes a year after the proposed rules.

Here’s how this works on the most basic level: Say you put $9 million in a trust for your heirs this year, and you die in 2026 when the estate tax exemption reverts to $5 million. You wouldn’t owe tax on that extra $4 million gift. Instead, the IRS rules say that the full $9 million in this example would be exempt forever.

The final rule addresses concerns raised in public comments and includes four examples that spell out how these calculations work. And yes, it’s complicated and a jargon-filled process—the BEA (basic exclusion amount), the DSUE (the deceased spousal unused exclusion), and the GST (generation-skipping transfer).

The IRS stresses that this only works if you make gifts during the 2018-2015 time period. It’s use it now or lose it. And it makes it clear in the examples that gift givers get the benefit of inflation adjustments. Here’s more on the IRS Gift And Estate Tax Limits For 2020.