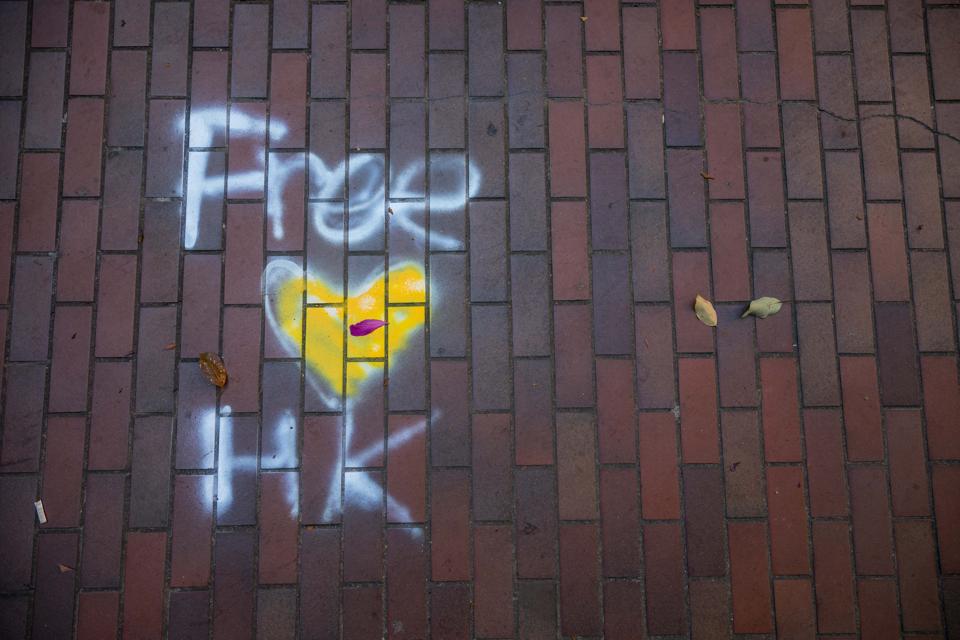 The headlines about China are relentless.

They have been credibly accused of executing prisoners to use their organs for transplantation for paying customers.

The escalating violence of the Hong Kong police towards protestors is, in whole or in part, due to China’s control of the situation.

And their treatment of the Uighur Muslim minority, including detaining more than a million Uighurs, Kazakhs, and others in internment camps and in-home bed-sharing “minders” is something for which “human rights abuse” is far too bland a description.

At the same time, there have been no sanctions placed by the U.S. government on China in the same was as for Iran, for instance. And a glance at your clothes closet or any of your electronics will likely tell you that it would be no mean feat to do so because of the interdependence that has developed.

But should individual investors choose for themselves not to invest in Chinese companies? That’s not necessarily a simple action.

“Federal Retirement Thrift Investment Board, Washington, is considering whether to move forward with plans to shift billions of dollars in retirement assets to an index fund that includes Chinese companies allegedly involved in human rights and espionage abuses,as pressure from Capitol Hill mounts.

“A bipartisan group of senators has taken issue with a November 2017 decision — recommended by Aon Hewitt Investment Consulting — to shift the Thrift Savings Plan’s I Fund benchmark to the MSCI ACWI ex-U.S. Investable Market index from the MSCI EAFE index. . . .

The new index is intended to represent non-US companies more comprehensively, with 8% of the index made up of Chinese companies.

Subsequently, as reported last week at FedSmith.com, the Board finalized its decision to move forward with the shift, defending its decision because

“The firm concluded that the change was in line with what other large defined benefit plans currently offer and also has the potential to produce higher returns for TSP participants.”

Separately, Rubio introduced a bill to prohibit the TSP from investing in plans listed on China’s stock exchange or in any such country “where America’s Public Company Accounting and Oversight Board (PCAOB) has not issued an audit inspection or is prohibited from conducting any such inspection.”

And here’s another development, not here but abroad, via IPE, which reports on pension and investments with a European perspective: “New climate data prompts Varma to target carbon neutrality by 2035.”

“Varma, one of Finland’s two largest pension insurance companies, has announced it is renewing its climate targets in response to recent findings about the progression of climate change, and aiming for a carbon-neutral investment portfolio by 2035.

“The earnings-related pension provider also said it will exclude oil exploration companies from its equity investments by 2030 and axe all equity stakes in thermal coal by 2025.”

“Nordic pension providers including Norway’s Storebrand, Danish pension fund PensionDanmark and Sweden’s biggest pension fund Alecta are among 64 signatories of a hard-hitting letter telling the head of the International Energy Agency (IEA) his organisation must urgently provide a lead in decarbonisation efforts.”

Now, strictly speaking, these are private companies. But that doesn’t really communicate the position these companies hold in their respective countries. In Sweden, companies are required, as a result of nationwide collective bargaining agreements, to provide pension benefits to their employees, and Alecta is the sole company which manages these benefits. In Finland, employers have a choice of providers, but only among four companies; in Norway, “the top five insurance companies control about 94% of the market.”

What’s right? What’s wrong? Should companies contracted to manage retirement investments for workers focus solely on achieving the best return for their investors, and help them understand the risk levels of their chosen funds? Or should they take a stand in their fund choices, and what kind of stand should they take?

My preference? I’d like to see greater choice for savers, both by means of providing options within the funds available through their employers, and by providing greater access to IRAs, that is, removing the limits on individual retirement accounts so that investors can select the funds which meet their own objectives, whether the by-now-mainstream “ESG funds” or funds with a religious focus, such as those oriented towards Catholics or Muslims, rather than being restricted to the selections their employer (whether the federal government or private-sector company) offers in their retirement savings plan.

What do you think? You’re invited to comment at JaneTheActuary.com!

Uber Freight cuts 150 jobs, about 3% of the unit’s head count
Look To The States, Not Congress, For Long-Term Care Financing Reform
Egg prices rose 60% in 2022. One farm group claims it’s a ‘collusive scheme’ by suppliers
A Stellar Swedish Castle, Once A Medieval Power Center, Comes To Market
What is a ‘rolling recession’ and how does it affect consumers? Economic experts explain