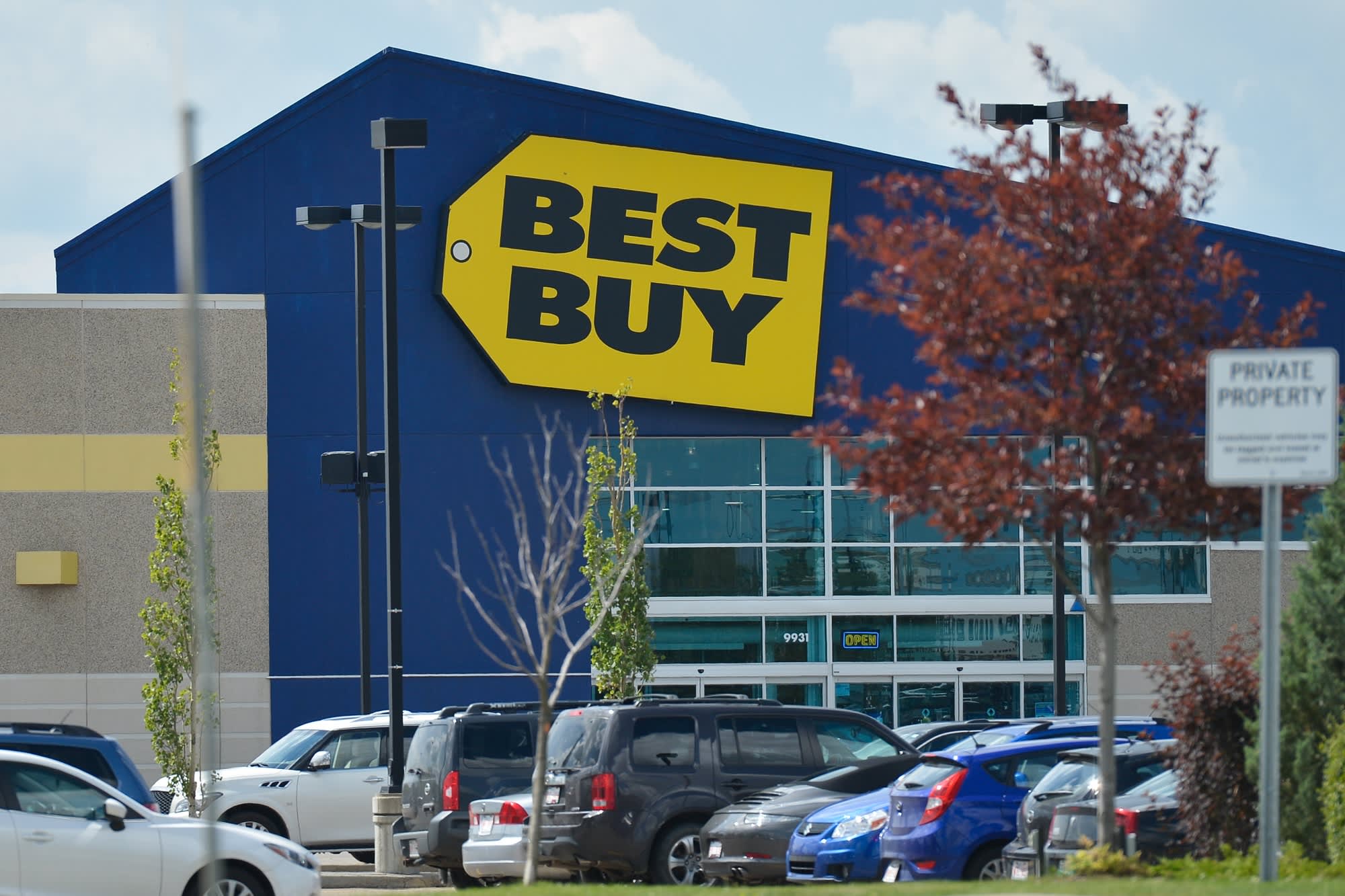 Best Buy is one of many retailers impacted by the U.S.-China trade war.

Here’s what Best Buy reported compared to what analysts were expecting, based on a survey of analysts by Refinitiv:

Excluding items, Best Buy earned $1.13 per share compared with the $1.03 analysts were expecting, according to a Refinitiv survey.

Shares of the retailer cratered after earnings last quarter as investors reacted to the potential impact of the looming Dec. 15 tariffs on the company’s business.

The electronics retailer said last quarter that although it has tried to factor the tariffs into its guidance, uncertainty is looming. Some of Best Buy’s products were hit with tariffs that went into effect on Sept. 1, and more could be hit with the 15% duty on Dec. 15, including mobile phones, laptops and gaming consoles.

Despite these headwinds, the once-embattled electronics retailing giant said it expects to grow same-store sales in fiscal 2020 under Barry’s leadership.

Best Buy has outpaced consumer electronic retail sales by an average of 5% going back to 2016, but its tariff exposure is creating uncertainty, Piper Jaffray analysts Peter Keith said in a note on Friday. Although no one knows “the final outcome of trade discussions,” the removal of the Dec. 15 levy would “remove notable overhang” for Best Buy.

Analysts at Wedbush said that the duties that took effect on Sept. 1 and June 15 could “significantly alter Black Friday purchase decisions” because of related price increases on tariffed items.

The fourth quarter is crucial for Best Buy, like most retailers, because of the holiday season. The National Retail Federation forecasts that holiday sales during November and December will grow between 3.8% and 4.2% compared to last year’s holiday season.

In April, Corie Barry stepped into the CEO post. Her predecessor, Hubert Joly, now executive chairman, had orchestrated a turnaround at Best Buy after years of losing business to online retailer Amazon. Barry, who had been Best Buy’s CFO, said she plans to double down on its existing strategies.

Shares of Best Buy were up 40% year-to-date at market close on Monday, bring its market value to $19.6 billion.

Correction: A previous version of this story misstated the fiscal year. Best Buy reported earnings for third quarter of fiscal 2020.

General Motors says sales rose 24% in the third quarter
Stocks making the biggest moves premarket: Nike, Micron, Amylyx and others
Here’s how a recession could hurt – or help – unions at big companies like Starbucks and Amazon
Monkeypox eradication unlikely in the U.S. as virus could spread indefinitely, CDC says
Are You The July 2022 Mega Millions Lottery Winner?