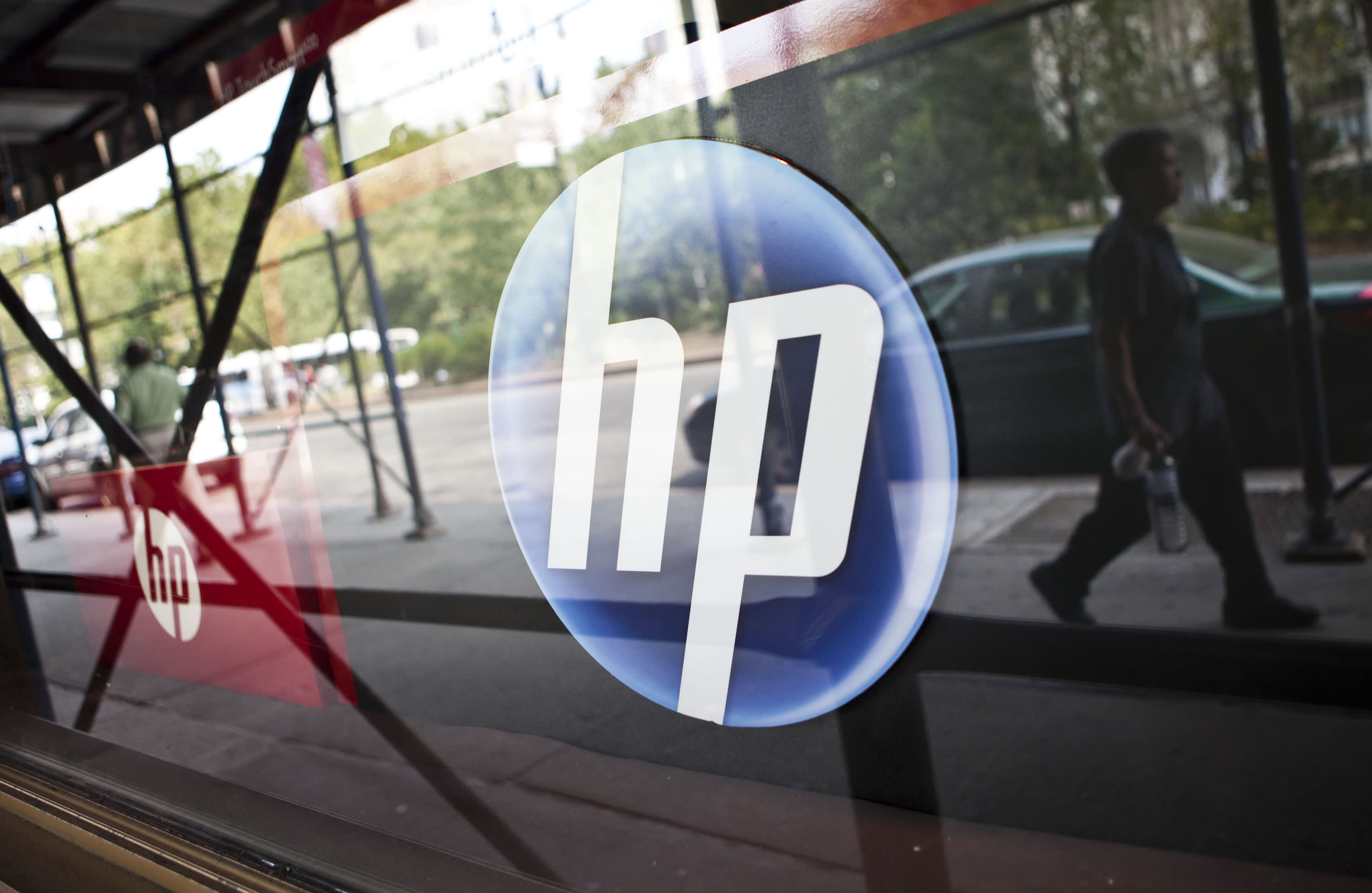 The Hewlett-Packard Co. logo is displayed on the window of an electronics store in New York.

Check out the companies making headlines after the bell:

HP shares jumped more than 2% during extended trading after the company posted a fourth-quarter earnings beat on the top and bottom line. HP reported earnings of 60 cents per share excluding certain items on revenue of $15.41 billion, exceeding the EPS of 58 cents and revenue of $15.25 billion analysts expected, according to Refinitiv. During midday trading Tuesday, Xerox CEO John Visentin said the company will take its buyout offer of $33.5 billion directly to HP’s shareholders. HP’s board previously rejected the offer earlier this month, saying that the proposal to acquire it for $22 per share in cash and stock undervalued the company.

Shares of Box spiked more than 6% after the cloud computing company reported a third-quarter revenue beat and matched EPS loss expectations. Revenue came in at $177.2 million, while Wall Street expected $174.6 million, according to analysts polled by Refinitiv. Losses were inline with expectations, at a loss of 1 cent per share.

Shares of Dell ticked higher then fell 5% below closing price following the computer giant’s mixed third-quarter earnings. The PC giant earned $1.75 per share excluding certain items, exceeding the earnings of $1.62 per share analysts expected. Revenue fell short, however, coming in at $22.93 billion versus the $23.04 billion forecast by analysts.

VMware shares climbed more than 3% following the software company’s stronger-than-expected earnings in the third quarter. VMWare, which Dell has a major stake in, earned $1.49 per share excluding certain items and reported revenue of $2.46 billion. Those numbers exceeded Wall Street earnings estimates of $1.43 per share and revenue of $2.41 billion, according to Refinitiv consensus estimates.

Autodesk shares sank more than 3% before climbing back near the closing price after the company’s fourth-quarter earnings guidance fell short of expectations, despite its third-quarter earnings beat. For the fourth quarter, Autodesk expects adjusted earnings between 86 cents and 91 cents per share, falling shy of the 93 cent EPS analysts were expecting, according to Refinitiv. The software company’s estimated revenue range of $880 million to $895 million likewise fell short of the $898 million analysts forecast, according to Refinitiv.

Veeva’s revenue guidance range of $296 million to $299 million topped expectations, though its earnings outlook range of 51 cents to 52 cents per share fell short. Wall Street was expecting revenue of $280 million and earnings of 53 cents per share.

$11 Million Condo In New York Historic NoMad Neighborhood Stays True To Its Glory Days
Cryptocurrency Was Sold To State And Local Pensions As ESG
Uber Freight cuts 150 jobs, about 3% of the unit’s head count
Bill Gates is ‘very optimistic’ about the future: ‘Better to be born 20 years from now…than any time in the past’
Record high share in U.S. report delaying medical treatments due to costs — here’s how you can save on health care