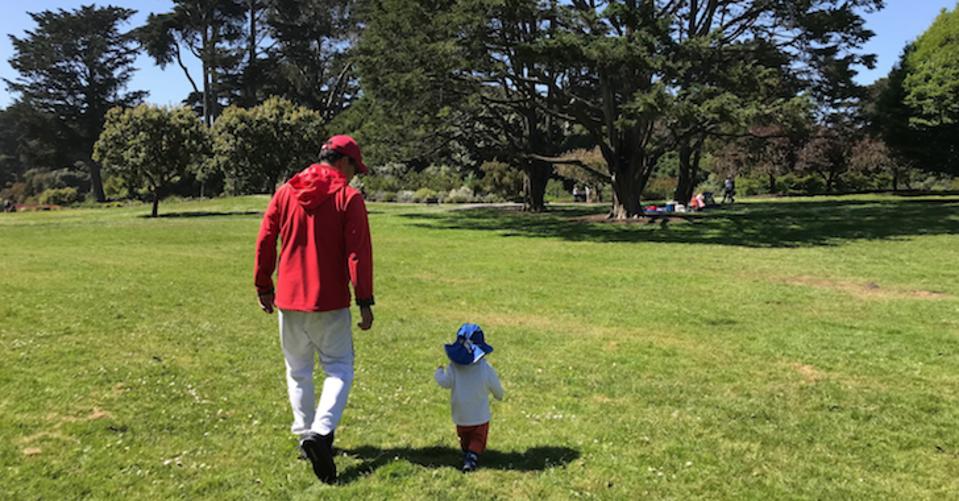 When Sam Dogen, creator of the popular Financial Samurai blog, first stepped away from the job at 34, he imagined he had finished his days as a working stiff. He built passive income streams that would fund much of his life and he had received a nice severance from his day-job in order to make it all work. At the time, he and his wife didn’t have any kids and they had a number of places on the map they planned to travel to.

Fast forward seven years later, and Dogen has come to the realization that he may join the list of “early retirement failures,” he said. “I don’t think we can hack it anymore.”

Due to his child’s education, a slumping economy, the cost of living in San Francisco and a general ennui with the retirement lifestyle, Dogen, which is his writing alias, says he’s planning to look for his first full-time job since stepping away over seven years ago.

It’s not uncommon for those that have retired to circle back to the career, once they get a glimpse of what retirement looks like. Estimates find that more than one-in-ten return to the workforce. But when it comes to extreme early retirees within the financial independence, retire early (FIRE) crowd, the notion of returning to the day job can come with a whole lot of guilt and sense of failure.

For Dogen, it’s easy for people to scoff, since he has built a large following on the Financial Samurai blog, providing advice on how to build an early retirement safety net. And, yet, despite earning about $250,000 a year in passive income streams, he estimates he’s about $93,000 a year short of living comfortably in San Francisco, particularly if his family has another child.

“I don’t want to sell a dream, once you retire early or achieve FI, that everything is happy and all that,” said Dogen. When parts of his life changed, instead of sticking whole-heartedly to his early retirement, his plan evolved.

The biggest change to Dogen’s financial standing has been his child. When he retired, Dogen and his wife weren’t necessarily planning on having kids. But a little over two years ago, they had a son. At the time, Dogen promised his infant that he would be a stay-at-home father for at least two years, which is when they would look for a preschool.

Now that the child is in preschool, Dogen’s concerns have moved to paying for the education. Since San Francisco uses a lottery system for its public schools, Dogen says that if his son doesn’t get into the school that’s a few minutes from his house then they will likely need to put him into private education.

“If we don’t get in, I’m not going to come up with $35,000 a year in grade school tuition,” says Dogen. That doesn’t include the potential cost, if he and his wife have another child, including the expense for more daycare, higher health care premiums, and a potential move to a larger home.

Dogen views his concern as simply planning for the future, as opposed to ignoring it. And while some in the FIRE community would question why he doesn’t find a cheaper strategy or cut expenses, it’s not his view on early retirement. “Why would you want to live near abject poverty, just so you can retire early,” he questions.

Instead, he views the best option, at this point, to find a job that can make up the difference. He’s also someone used to a high salary. When he worked within financial firms, prior to his retirement, he earned a quarter of a million dollars in base salary a year, he said. He’ll be looking to return to the finance or technology world again, if he can’t better monetize his site or pick up enough freelancing gigs to fill the gap.

When people hear that expenses are too high in San Francisco or New York City or another high-cost area of the U.S., one question immediately arises: Why not move? It’s not that he hasn’t thought of it.

“[It’s] harder than I thought it would be,” said Dogen.

Often when people ask this question, they’re implying why not move to a low-cost area of the U.S., located in the Midwest or South. But for Dogen, who is of Chinese decent, the idea of moving to a centrally located state concerns him since he would likely have to move to an area that’s less racially diverse than San Francisco. As someone that grew up in Virginia, Dogen isn’t comfortable moving his family to an unknown city that would make his son “more of a minority.”

He does have family in Hawaii as well, and wants to move there eventually. But they have also built a life in San Francisco, with friends, connections and a community, and they aren’t yet ready to give it all up.

The financial reasons are what they are. It’s easy, though, to look at someone making a quarter of a million dollars a year, and question why they couldn’t make it work, if they really wanted to.

When talking with Dogen, though, there’s a sense that he might not actually want to remain retired, which has fueled his focus on his fears of what costs could lay ahead for him.

“Once you see a hundred European churches, they all seem the same,” he said. “[I’ve] done everything I’ve wanted to do.”

While he stays busy, caring for his child, he also misses parts of the office that you can’t get in retirement, like the camaraderie and feeling of winning as a team.

If he does go back to the office, he doesn’t view it as a failure. Instead it’s an evolution, based on what he needs personally and financially, moving forward.

“Life changes,” he said about leaving early retirement behind, but there was “no harm in trying.”

When Life Gets In The Way Of Your Retirement Plans
Microsoft offers lackluster guidance, says new business growth slowed in December
Stocks making the biggest moves after hours: Intel, Visa, Hasbro and more
Crypto exchange Gemini lays off 10% of workforce in its latest round of cuts
We’ll need natural gas for years — but can start blending it with green hydrogen today, CEO says