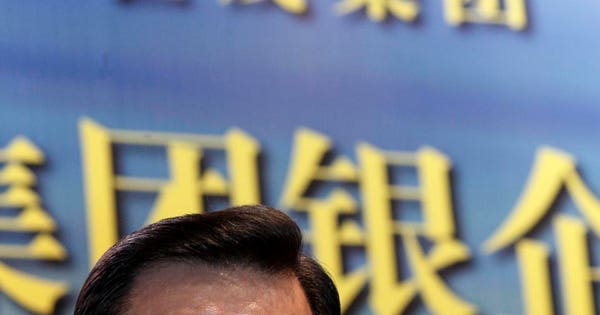 (This is a guest post by Zhao Luyun, a Forbes China columnist, the founder of the Zhan Rui Family Inheritance Research Center, and a visiting professor at the Shanghai University of Finance and Economics. Zhao is formerly general manager of Jiyuan Independent Financial Advisory and a vice president at Standard Chartered Private Bank. She holds a MBA degree from Harvard.)

The Forbes China 2019 Rich List published this month showed a 25% jump in the fortunes of the top 400 richest (see link here).  Compared with the U.S. and Europe, most top family businesses in China are still in the hands of their founders. The age of the “first generation” entrepreneurs, however, is typically more than 50; more than half of the listees this year were above that threshold even though younger techies gained ground, too. What are some of the key trends among older family businesses on the new list?

First, most are facing growth challenges. Many family businesses operate in traditional areas such as manufacturing and agriculture, and trace their history to the early stages of China’s economic reforms that started in the late 1970s. According to 2018 Family Business Survey by PwC in China, 77% of respondents feel challenged when it comes to creating industry-leading innovation.

Hence, a second trend is that younger second-generation family members are being given management roles where they help to promote upgrading. Li Xingxing has taken on such a role at Geely Holding Group, the auto maker controlled by his billionaire father Li Shufu. Li was assigned a job as manager of the compact modular architecture department in 2016. There, he generated a three-fold increase in new energy vehicles in the first half of this year to 57,600 units compared with a year ago.

Third, besides being agents of change, some second-generation family members are taking over management control of entire family enterprises. This makes sense. Many first-generation entrepreneurs on the new list have passed retirement age and have been planning this.  For example, Mao Lixiang, the first-generation leader of kitchen range supplier Fotile, has stepped out entirely and focused on education. Son Mao Zhongqun is the company’s chairman.

Fourth, we can see some middle ground where both the first- and second-generation entrepreneurs are in charge together, with a first-generation entrepreneur still playing a visible role in strategic planning while the second-generation leader operates the business. Zhifei Biology Chairman Jiang Rensheng and his son, Vice Chairman Jiang Lingfeng, are carrying on their businesses by this means, as is Hui Wing Mau and his son Jason Hui at Shimao Property.

Shimao is notably one of China’s top 20 real estate developers. The company’s founder, largest shareholder and chairman is the elder Hui, who ranked 18th on the 2019 Forbes China Rich List with more than $10 billion of wealth. He is responsible for overall strategic planning and business management, according to Shimao’s 2019 interim report.

Yet on Jan. 30 this year, Shimao said Jason had been appointed president, responsible for the project operation and sales of Shimao Real Estate, as well as the administration and management of the group. Hence, Shimao’s management leadership is transiting to Jason, and his father is now responsible for formulating strategy. The younger Hui has been groomed: after graduating from the University of Technology Sydney in 1997, he worked in a real estate company in Hong Kong before joining Shimao Group in 2000. He became vice chairman in 2008.

Fifth, female entrepreneurs are increasingly visible in family businesses in China, and their social influence is on the rise. Mastercard issued an “Index of Women Entrepreneurs” in 2018, and said the proportion of female business owners in China is 23%, ranking 33rd in the world.

Xu, for instance, rang the bell with her dad Xu Shihui when the company went public at Hong Kong Stock Exchange in 2015. After studying in the UK,  she joined Dali, and is known for new product development and an executive director.

Though it is growth at big tech companies that often grab headlines, we can see from the above five trends that China’s family businesses are evolving and seizing opportunities at a time of rapid economic change in the country.