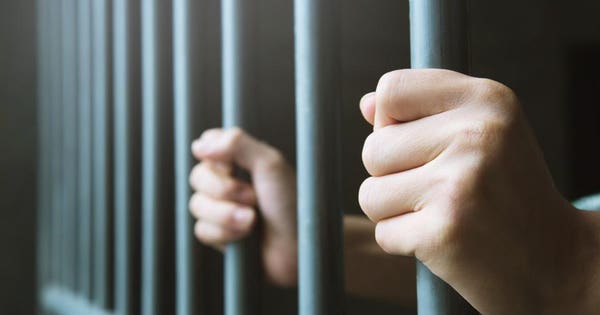 As a REIT analyst it’s my job to cover all property sectors, including prisons. While some may not be in favor of investing in businesses that encourage incarceration, we maintain no social or political bias for the property sector, deemed critical mission infrastructure.

Much of the debate these days has to do with Democratic Presidential candidate, Elizabeth Warren, who has made private prisons part of her campaign position. She said she would end “federal private detention facilities by ending all contracts that the Bureau of Prisons, ICE, and the U.S. Marshals Service have with private detention providers.”

She went on to argue that she wouldn’t just eliminate federal private prisons, but that she would also stop federal funding to states that continued to use them. Since Warren made her prison policy pitch, shares in two prison REITs have lost around one-third of their value since June.

Geo Group (GEO) and CoreCivic (CXW) are now yielding 13.5 percent and 11.4 percent respectively. While the price pullback for these two REITs suggests risks, we believe the dividends are sustainable and could provide above average total return prospects.

Recognizing these two stocks are trading on political showcasing motives, we view prisons as “critical mission” assets that will survive no matter who becomes President in 2020. Warren has certainly sparked disruption, but if any other candidate wins, we believe shares could bounce back, possibly returning 40% or higher.

Should Trump win, expect shares to bounce back just as they did in October 2016 – GEO jumped by 40 percent and CXW rallied by 61 percent.

Fundamentals are solid for both of these REITs, CXW’s quarterly dividend is well covered with an AFFO (adjusted funds from operations) payout ratio of 66 percent, and GEO’s payout ratio is a healthy 68 percent.

This means that these high-yielding dividends are covered out of cash flow and that the biggest risk for these REITs is obtaining capital for growth. Some of these banks’ lenders have been sidelined due to political risks, yet smaller banks have stepped in to provide debt.

And even in the event of a Warren presidential victory, her plan only aims to limit “profiteering” in prison REIT services contracts by regulating charges paid for incarceration.

However, the value proposition for these REITs is based upon the fact that most states don’t want to operate prisons. And that’s why outsourcing to prison REITs serves a valuable place setting.

The Marshal’s office is CXW’s second largest customer, and as history has shown, a change in services (contracts) doesn’t change overnight. If Trump is not re-elected and the new administration opts to cut services, it could take years to reduce beds.

More importantly, all states are operating at more than 100 percent capacity and they don’t have the necessary funding to keep up with demand. Overcrowding has led many states to issue solicitations to finance and/or build new facilities (with REITs) as cost savings measures.

Keep in mind, shares are volatile now, all due to political headwinds. However, if you are willing to stomach the risk, there’s outsized opportunity to profit from prisons.

I own shares in GEO and CXW.

With a possible recession looming, here’s how to decide if you should to go back to school
Floyd Mayweather Throws In Tax Court Towel Owes $6,659,610
BlockFi secret financials show a $1.2 billion relationship with Sam Bankman-Fried’s crypto empire
Jim Cramer picks his standout stocks in 4 bull market industries
Uber Freight cuts 150 jobs, about 3% of the unit’s head count