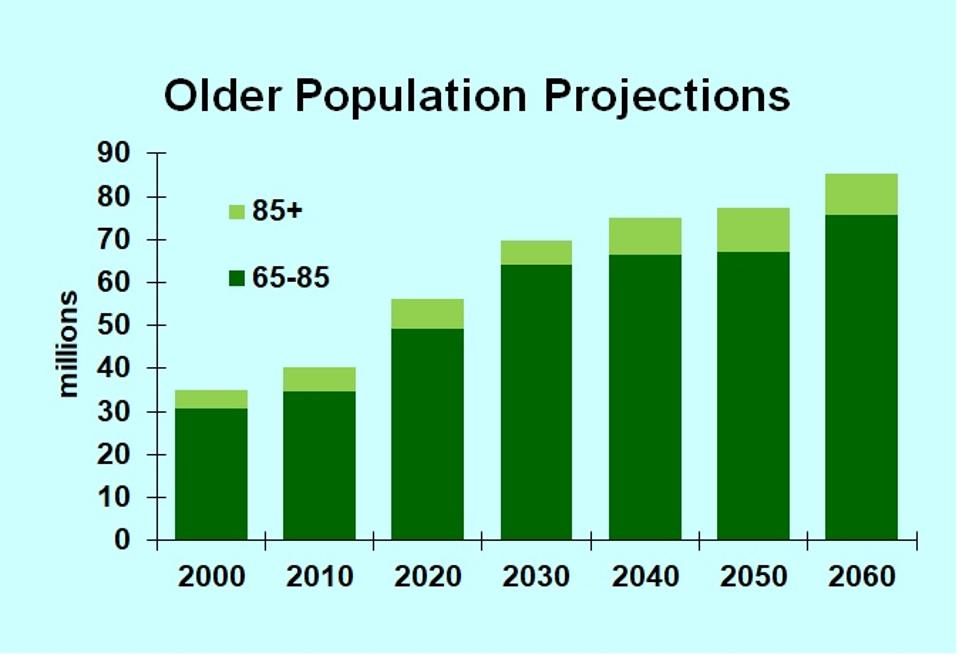 Recent overbuilding in senior living communities has led to questions about basic demographics. Population trends are important and easily quantified, but the health and lifestyle choices of senior citizens is harder to analyze.

The easy part is the numbers. Everyone who will be 65 anytime soon has already been born. Foreign immigrants to the United States are mostly young, so building a wall won’t have much impact on the senior population. Mortality rates influence the projections, but the biggest surprises in recent years have been people 25 through 44.

(Recent data did show an increase in the death rate among 85 and older people. However, that group is pretty diverse, with the greatest increases in the very old, 96 years and older, with fewer people in the 85-88 category. The increased mortality was not a surprise when the older population is tabulated in one-year increments rather than lumped all together.)

The Census Bureau projections clearly show increases in the 65+ age group in the coming decades, with the fastest growth in the past decade (2010 through 2020) and the coming decade (2020-2030). After that, growth continues but at a much slower pace.

Senior living community investors are very concerned with the age at which people move out of their regular houses and apartments into group living facilities. The CEO of Senior Living Communities, LLC, Donald Thompson, noted in an interview that the average move-in age has increased from 78 to 83 in the past decade. If this trend continues—with a five-year delay every ten years—then demand will be much slower than previously expected. Later moves into senior communities aligns with improved health for seniors, many of whom sport brand new knees and hips. Note, however, that Thompson’s communities cater to the upper income senior, and lower- and middle-income seniors may not be progressing as well.

Wealthier seniors used to be more inclined to age in place, but in recent decades they have moved into high-end retirement communities with amenities for active seniors, according to investment-oriented research on the subject.

Across the board, older people are not only living longer, but living healthy longer, and living alertly longer. Dementia is still an issue but affects only 10.5% of the 65+ population in recent years, compared to 12% in 2000.

The senior market in most goods and services will be strong in the coming decades. Causing the most uncertainty: Will seniors move into “active living” communities early, or will they wait until failing health requires them to get daily assistance? Individuals will vary, of course, but the general trend will determine the success or failure of the many real estate investments targeting seniors. And this is the hardest question to judge.

Head’s Up Insight: Here’s Where SECURE 2.0 Falls Short And Will Disappoint You Today
Know The Times When An IRA Conversion Is Most Likely To Pay Off
Look To The States, Not Congress, For Long-Term Care Financing Reform
Stocks making the biggest moves premarket: Wayfair, Salesforce, Paypal and more
Your 2023 Guide To Entertainment And Meal Deductions