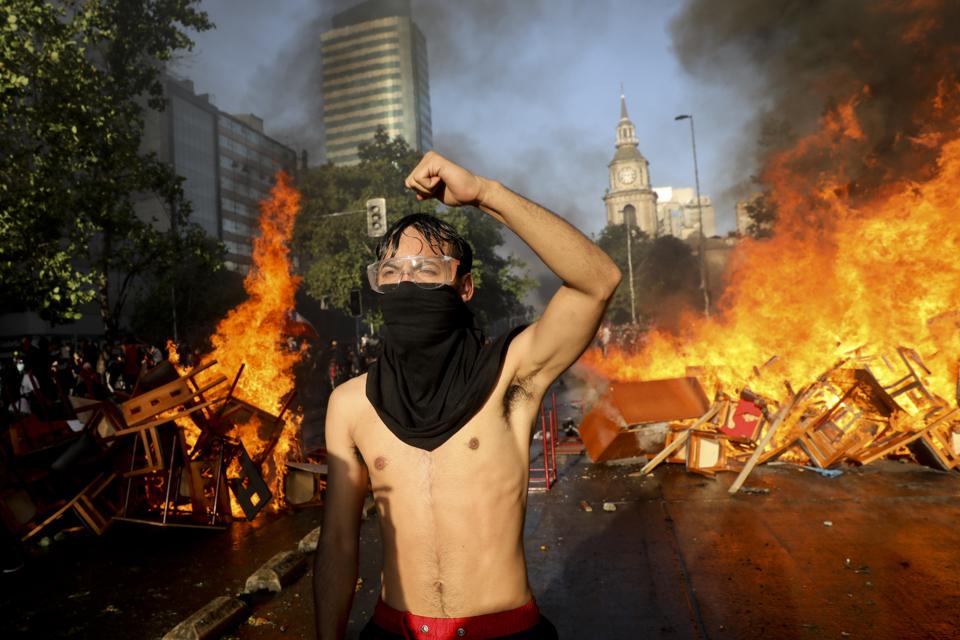 Topline: Many of the mass protests happening around the world were sparked by anger over the economy—especially rising inequality and high costs of living—and then quickly evolved into larger, more potent social movements.

Crucial quote: “Every country experiencing protests and unrest at the moment has unique triggers and circumstances, both political and economic,” says Michael Monderer, senior global economic analyst at Stratfor. “What could be said generally is that complaints that would normally be tolerated—petty corruption, wealth and income disparities—have greater visibility and stoke more resentment when things are not going well for everyone.”

Tangent: Perhaps the most famous ongoing protests are in Hong Kong. While not a country, the province has seen six months of clashes between police and protesters demanding democratic rights like universal suffrage. Concerns over democracy have fueled other protests: In Bolivia, for instance, a hotly disputed election led to numerous and escalating riots amid accusations of voter fraud; in Venezuela months of riots have followed calls for President Maduro’s resignation, which has brought the struggling country to the verge of economic collapse. Political and economic demonstrations are even ongoing in some places in Europe: in France, with the Yellow Vest protests, and in Spain, with demonstrations for Catalonian independence.

What to watch for: Protesters around the world have increasingly clashed with security forces: Police have been brought in to control demonstrators in many countries, while some have even called in the army. Death tolls have been recorded everywhere from Haiti and Hong Kong to Chile and Bolivia. So far, widespread protests haven’t met with much success, with positive developments in Algeria and Sudan remaining the exception, giving hope to other dissidents around the world.

More On The Fair Tax Act Of 2023
The Average Rent In Boston Now Rivals Bay Area Cities
Tourism is roaring back in China. But the $6 trillion consumer market is digging itself out of a deep slump
Europe’s crackdown on Big Tech omitted TikTok — but now that’s set to change
SECURE 2.0 Helps You Shift From Taxable To Tax-Free Savings— But Your Employer Must Change Retirement Plan Documents To Allow The Option