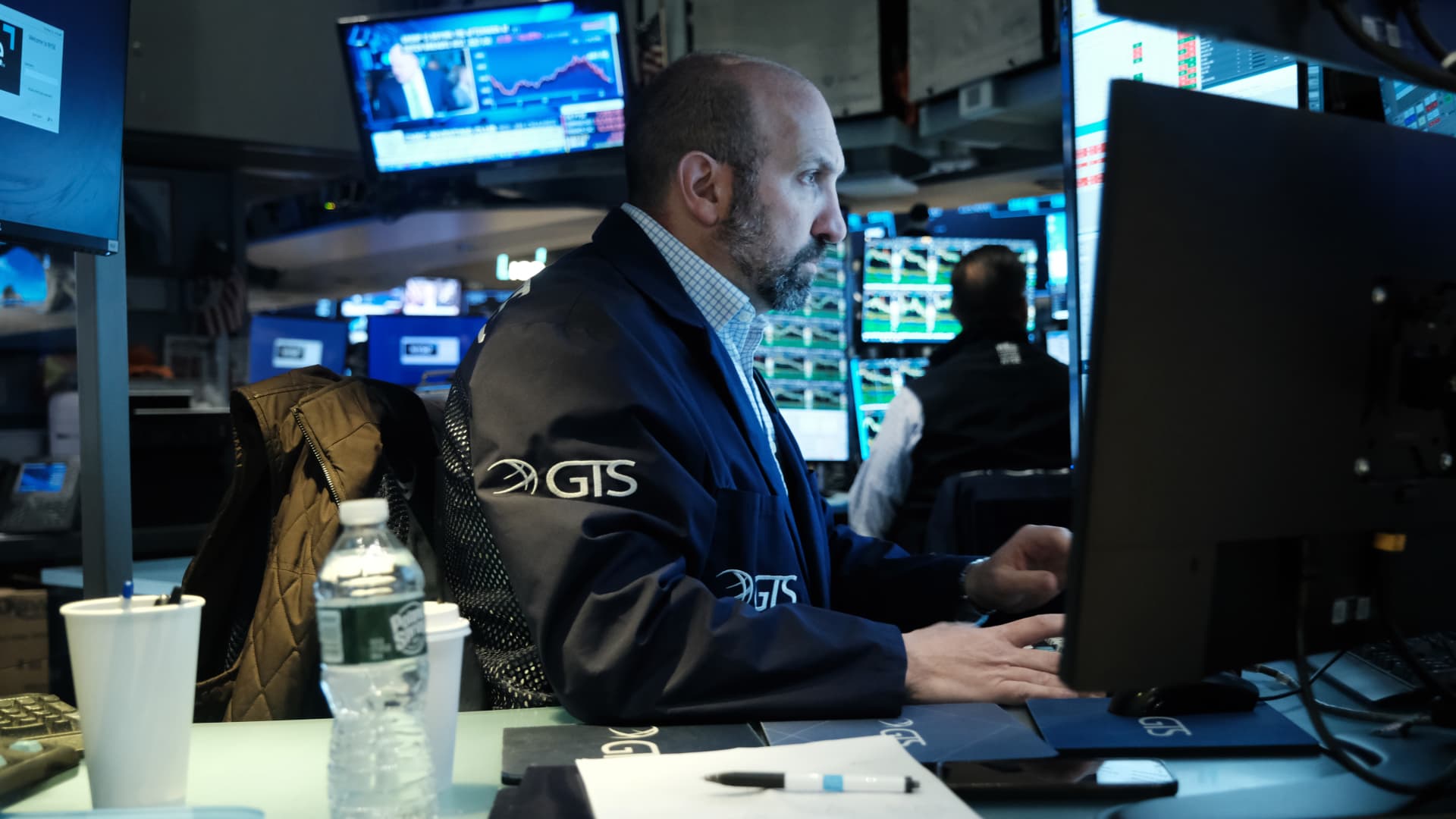 Williams put the Dow Jones Industrial Average’s 2022 performance in comparison with the blue-chip index’s performance in previous years to see if history might offer clues for the final four months of trading. The technician found the years 2014, 1962 and 1891 all presented some similarities to this year, Cramer said.

“These historical analogues tend to be pretty hit or miss, but when you look at the years with the closest fit to 2022, the charts — as interpreted by Larry Williams — suggest that the rest of the year’s looking pretty darn good,” the “Mad Money” host said. “Despite what we went through last week, he’s a buyer, not a seller.”

Cramer presented a chart of Williams’ work that overlays the Dow’s 2022 action alongside its 1962 trajectory.

Technical analyst Larry Williams compares the Dow’s performance this year to its performance in 1962.
“Mad Money with Jim Cramer”

They “might as well be joined at the hip,” Cramer said. “The 1962 analogy says we could have a very nice run in November and December after some sideways action” in September and October turbulence, he said.

For an in-depth look at Larry Williams’ work on historic analogues, watch the full video of Cramer’s explanation below:

Click here to download Jim Cramer’s Guide to Investing at no cost to help you build long-term wealth and invest smarter.

Sign up now for the CNBC Investing Club to follow Jim Cramer’s every move in the market.

This ‘wild card’ strategy offers retirees a fix for unpaid quarterly taxes. Here’s how to use it
IRS Extends Tax Deadlines For Alaska Storm And Flood Victims
Avoid Insider Trading By Selling Stock With A Rule 10b5-1 Plan
Higher-income Medicare beneficiaries may face smaller premium surcharges in 2023. Here are tips for reducing or avoiding those extra amounts
ESG without returns is ‘simply not sustainable,’ says investor Lauren Taylor Wolfe