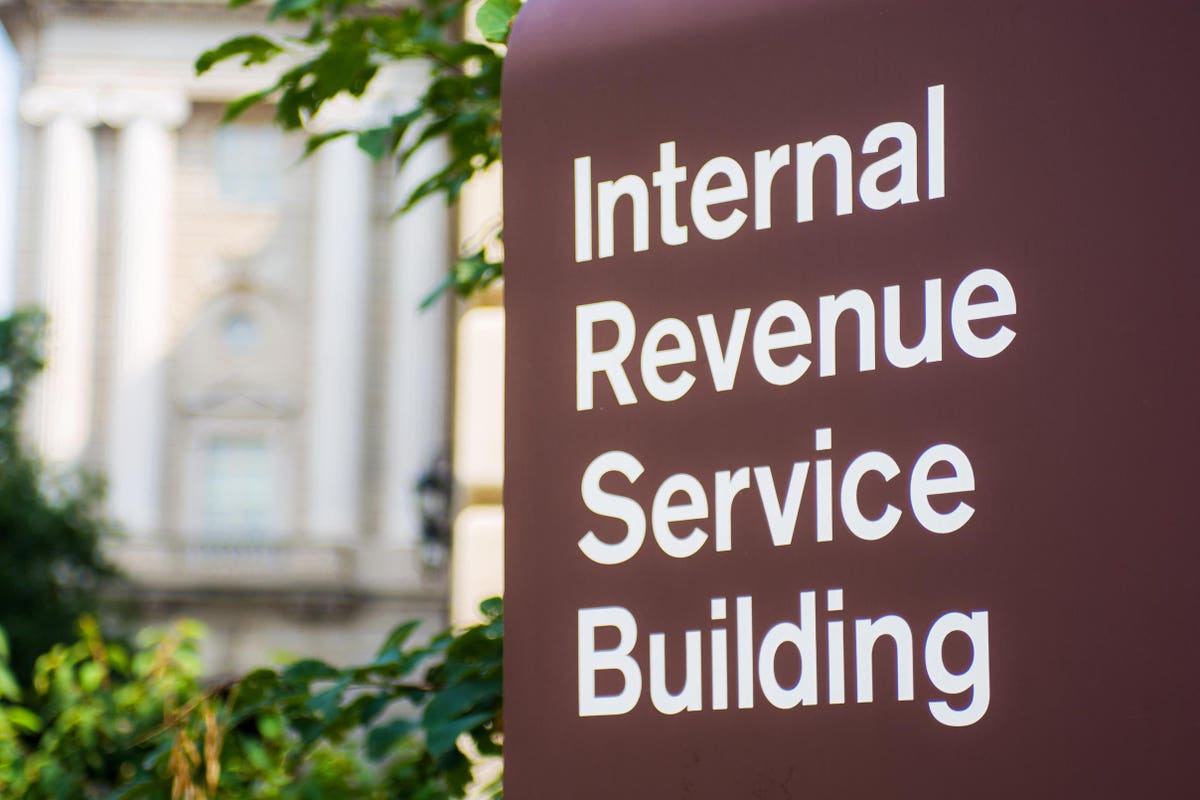 Robert Goulder and professors William VanDenburgh and Philip Harmelink discuss the challenges brought on by the chronic underfunding of the IRS and the spending possibilities for the recent $80 billion of additional funding in the Inflation Reduction Act.

Robert Goulder: Hello, and welcome to the latest edition of In the Pages. Our featured article examines a very timely issue: the material costs to taxpayers of an improperly funded IRS. It appears in Tax Notes Federal, and it’s titled, “Pragmatic Realities of an Underfunded IRS.”

Gentlemen, welcome to In the Pages.

Robert Goulder: Your article was written before President Biden signed the Inflation Reduction Act of 2022 (IRA, P.L. 117-169). However, we’d be remiss if we failed to mention one of the act’s key provisions. It calls for increased IRS funding, and quite a bit of it.

Philip, let’s start with you. What are your thoughts on the additional funding in the legislation? Will that be enough to fix some of the problems discussed in your article?

Philip Harmelink: Well, I think it’s very important to have a large amount of money for enforcement because it will pay off in the long run. It may help reduce the tax gap and could bring in billions of dollars if they would have better enforcement.

William VanDenburgh: Well, as you say, the act was passed, giving us $80 billion more in mandated funding. But that’s also dependent upon the future Congress not cutting our IRS budget, as they have in the past.

But assuming they get the $40 billion for taxpayer service in IT, that will be very helpful just for the taxpayer service experience. We do have up to a trillion-dollar tax gap. The numbers vary; depends upon who’s making the estimates.

But as Harmelink said, increased enforcement is going to pay off. Historically it has. For every dollar you spend, you bring in $10 in additional revenue. Those numbers vary, too. But hopefully they will get some additional funding.

The knock against it is we don’t want the IRS auditor underneath your bed at the same time, so there’s a trade-off there.

Your article opens with an anecdote that many of our readers will be familiar with: There was a decision by the IRS to destroy about 30 million paper returns in March of last year.

Your article calls out some of the inefficiencies associated with paper returns. I’m just wondering if you can imagine a future — and I don’t know when this would be — where we wean ourselves off of paper returns entirely. In other words, I’m talking about universal e-filing.

Would something like that help eliminate some of these administrative problems?

William VanDenburgh: E-filing would eliminate the paper-based problems, Robert, but some would refuse. Harmelink, I think you still file on paper because you have to, right?

Philip Harmelink: Yeah, I do have to because I was hacked at one point.

William VanDenburgh: So for identity theft, he’s got to file by paper.

But the other problem is that it would require a third-party software vendor right now to file your return — unless the IRS developed that ability, which would be good if they did. This precedent for Social Security does require direct deposit, but tax return’s a little bit trickier.

Robert Goulder: I suppose not everyone has internet access or not everyone can afford one of these third-party vendors to process it for them.

William VanDenburgh: And then one other issue, too, Robert, on that is even the IRS has about 300 forms that can’t be e-filed right now.

Robert Goulder: That many? Wow. That’s a lot of forms.

William VanDenburgh: Yeah, you just have a lot of complexity in the code, so maybe we could PDF them in the future.

Hopefully we’ll move more to the electronic filing. We’re at 90 percent on the individual returns, which is a pretty high number, but that still leaves you 20 million you got to process through paper filing.

Robert Goulder: Another problem area for the IRS is their inability to handle the heavy volume of incoming telephone calls from taxpayers. I believe last year there was an estimate that the agency received somewhere in the neighborhood of 300 million phone calls. And of course they weren’t able to answer most of them — roughly 90 percent, I think, they couldn’t pick up.

How vital a function is the IRS dial-in service?

William VanDenburgh: The phone service has historically been a problem for the IRS. But as you noted, it was made even worse during the pandemic to the degree that you have to call the IRS on some tax issues.

But hopefully the IRS is moving with the funding to greater revenue use. They do have an IRS online account you can set up right now, which is pretty nice. So you set that up, and then you can see your tax records back several years — they say two years, but it’s actually a little bit more. You can see your payment history, and you can even respond to some IRS notices, but some still don’t show up in that system.

They also have these voice bots, where you call and you deal with the computer to extend your payment terms. That works OK until you try to get penalty relief, and then you got to talk to an IRS agent. So we’ll have to look at that.

And also you can email the IRS or send a question, but it’s really hard to find. They don’t really like to give you a written answer on that.

Philip Harmelink: I would be inclined to think that it is not a necessary service and they probably should maybe get rid of it. But that’s just my opinion.

Robert Goulder: The COVID-19 pandemic presented many issues for the federal government in many ways. And of course, tax administration was not immune from any of that.

As far as the IRS is concerned, they had a couple of tricky filing seasons there. But now, as we’re looking forward, as we’re approaching the 2023 filing season, is it fair to say the agency is back to normal?

William VanDenburgh: I don’t think we’re quite there yet. We did start this season with 20 million unprocessed returns. Now, that number varies upon which source you go to. The latest I’ve read was there was still about 10 million more returns. Hopefully they’ll get it done, but the math is daunting to get all these returns — prior returns — processed.

IRS Commissioner Charles Rettig is very hopeful we’re on the right path. Hopefully by the end of the year, we’ll start the 2023 filing season with the returns processed.

Philip Harmelink: Well, this certainly is a very important issue. We read about this type of thing in the news all the time, so people are aware of the issue and problem, I think.

Robert Goulder: You mentioned Rettig. As you point out in your article, there’s a member of Congress — I think his name is Bill Pascrell (D), a representative from New Jersey — who wants the commissioner removed from office. I guess the point there is that he wants to send a message that the agency’s backlog is unacceptable or something like that.

My question to you is, would that do any good? I’m just thinking eventually Rettig’s term is going to end and he’ll be replaced by someone else. Won’t that future commissioner basically face the same problems that he faces?

William VanDenburgh: Rettig actually brought that up in the IRS oversight hearing that this was likely his last term in office, because it expires this fall.

William VanDenburgh: But he truly has a thankless job. But I think he knew that going in, because he has a long history with tax professionals. He’s a tax lawyer. He’s talked a lot before the American Institute of CPAs’ tax committees, and he was active with IRS boards.

Hopefully with the new commissioner, with the funding, things can get better. But you can still have the same problems, in my view.

Robert Goulder: Philip, do you agree? Do you think the IRS commissioner has a thankless job?

Philip Harmelink: Well, yes. I think he has done a good job, as far as I can tell. But it is a thankless job, and he certainly has the experience and knowledge, and it’ll be hard to replace somebody with that amount of knowledge and experience. We’ll just have to see what happens.

Robert Goulder: Your article describes a conversation that happened behind closed doors between the commissioner and a member of Congress, who’s not identified. But as you relate that story, the lawmaker basically acknowledges the principal obstacle to funding the IRS better than we do: It’s that politicians worry that any vote in favor of enhanced IRS funding is going to come back and hurt them in the public opinion polls. And they all have to run for reelection; they all have to do fundraising and so forth.

What’s the solution there? It’s almost like you’ve touched on a cultural issue, and if we don’t change it, I don’t know how things are going to get better. Your thoughts on that?

William VanDenburgh: Sen. Russell Long (D-LA) years ago said, “Don’t tax you, don’t tax me, tax that fellow behind the tree.” And that’s definitely always been there with taxation.

Now, the degree of enforcement, as we’ve seen in the papers lately — very political issue there — but the IRS audit rates are very low, really abysmal at this point. We do need probably a little bit more enforcement, and hopefully the IRS will get some sane funding to bring in the agents they are losing right now.

Philip Harmelink: I agree. The more enforcement we can get, and if we can increase the audit rate, I think that we’ll get a lot of additional revenue.

Robert Goulder: There you have it. That’s all the time we have for today. Thank you for the discussion, gentlemen.

Inside One Billionaire’s Plan To Bring Solar Power To Every Homeowner
5 Striking Homes with Floor-to-Ceiling Windows Designed to Capture Their Luxury Views
Here’s why pumpkin spice lattes are so popular: It’s ‘very simple economics,’ say the experts
‘The Woman King’ shows why the box office needs more mid-budget movies
Has The Tide In Transfer Pricing Tax Cases Turned Again?