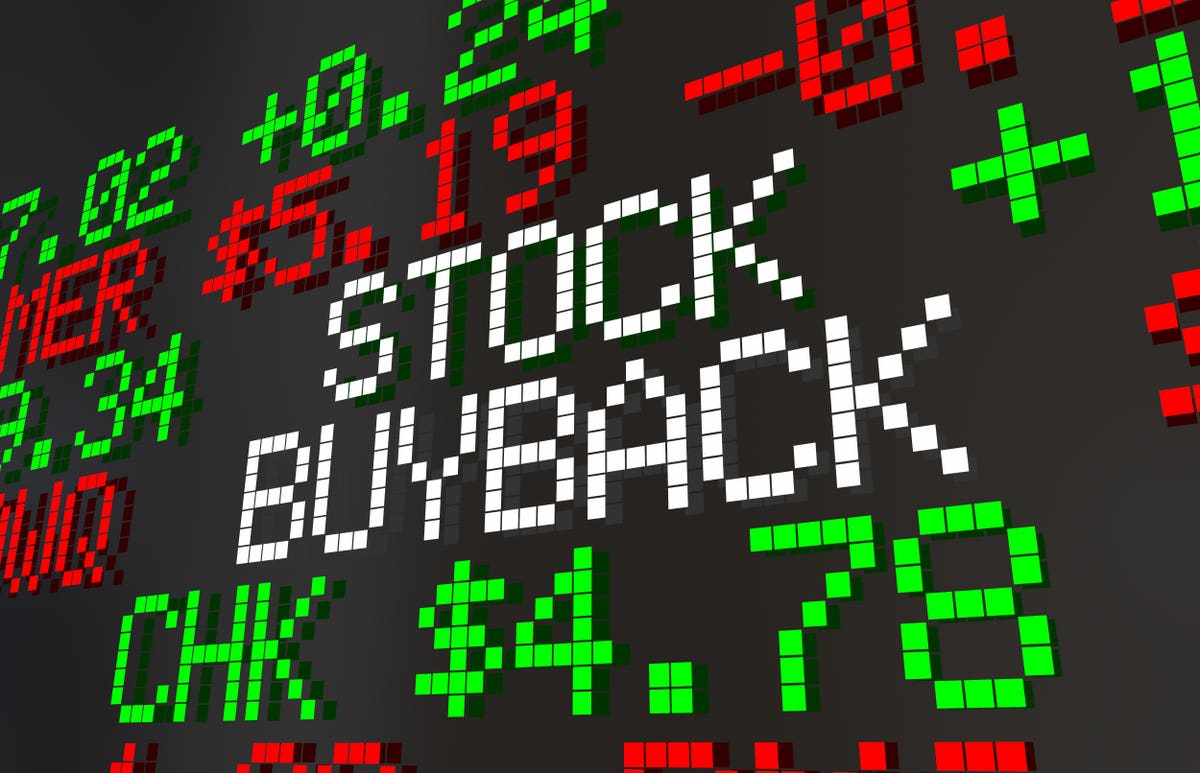 President Joe Biden recently signed the Inflation Reduction Act (P.L. 117-169). It contains various healthcare and clean energy provisions, but this video looks at one of the major tax provisions.

What Is a Stock Buyback?

A buyback is basically when a corporation digs into its cash reserves and reacquires its own common stock. It does that by acquiring them in bulk from current shareholders. The economic effect of these transactions are to increase the value of all of those shares of stock that it didn’t reacquire. They’re more valuable because there’re fewer of them.

Now, you might recognize that as what we call a “dividend equivalent.” The problem is, our income tax rules don’t recognize it as an actual dividend because there’s no direct cash payment going to the shareholders. What that gets us is a tax-induced bias in favor of buybacks and against dividends.

To really understand buybacks, you want to think of the concept of earnings per share. What buybacks do is they artificially inflate that ratio. They shrink the denominator, the number of outstanding shares, without doing anything to the numerator, the firm’s reported earnings.

The company is no better off after doing the buyback, but it looks richer just because they’ve inflated that ratio.

Well, buybacks used to be illegal. There was a time when literally no one was using them. That changed in the early ’80s when these were legalized.

Since then they’ve caught on. They’ve become very popular. Today, many of the biggest multinational corporations use them. Firms like Apple
AAPL
, Facebook, Google
GOOG
are all among the country’s biggest users of share buybacks.

Why Should We Tax Buybacks?

Some people think buybacks are a bad idea because they leave the company poorer. They don’t have as much cash lying around to do important things like making strategic investments. There’s a real concern that the company might miss out on the next big innovation because it squandered its cash on something as frivolous as a share buyback.

Accordingly, there’s two different justifications for this type of an excise tax. First, it basically punishes the company for not spending its money in a more prudent manner. That’s why some Republicans like the idea, including Senator Marco Rubio of Florida. Senator Rubio did not vote for the Inflation Reduction Act, but he has previously endorsed the concept.

The second basis for the tax is that it helps unwind this distortion I mentioned before, where the income tax code favors buybacks relative to dividends. Arguably, it doesn’t do enough of that because the rate is so low. The rate is just 1 percent, and it would probably need to be higher to induce corporations to stop doing buybacks and go back to doing dividends.

How Does the Buyback Tax Work?

Well, the first thing you need to know is that it is not an income tax; it’s an excise tax. Its calculation is completely unrelated to the firm’s profitability.

What you do is you look at the last calendar year and you figure out how much money did the company spend on its buybacks. Then you deduct how many new shares of stock it issued to either the public or employees. This gives you a concept called its “net repurchases.” You then multiply that times the excise tax rate, which I said is just 1 percent, and that gets you your tax liability.

The tax only applies to publicly traded firms, so privately held organizations are off the hook. It also doesn’t apply to real estate investment trusts or regulated investment companies. And it’s going to apply to buybacks occurring after December 31 of this year.

There you have it — everything you wanted to know about corporate stock buybacks in less than five minutes. Thanks for watching.

Lego sales jump 17% in first half of 2022, boosted by Star Wars and Harry Potter sets
Villa Plays To The Water Views In The Stockholm Archipelago
Are You The July 2022 Mega Millions Lottery Winner?
China’s climate push could spawn new global players, even if Beijing falls short on its pledge
A Guide To Tax Planning For Victims Of Hurricane Ian And Other Disasters