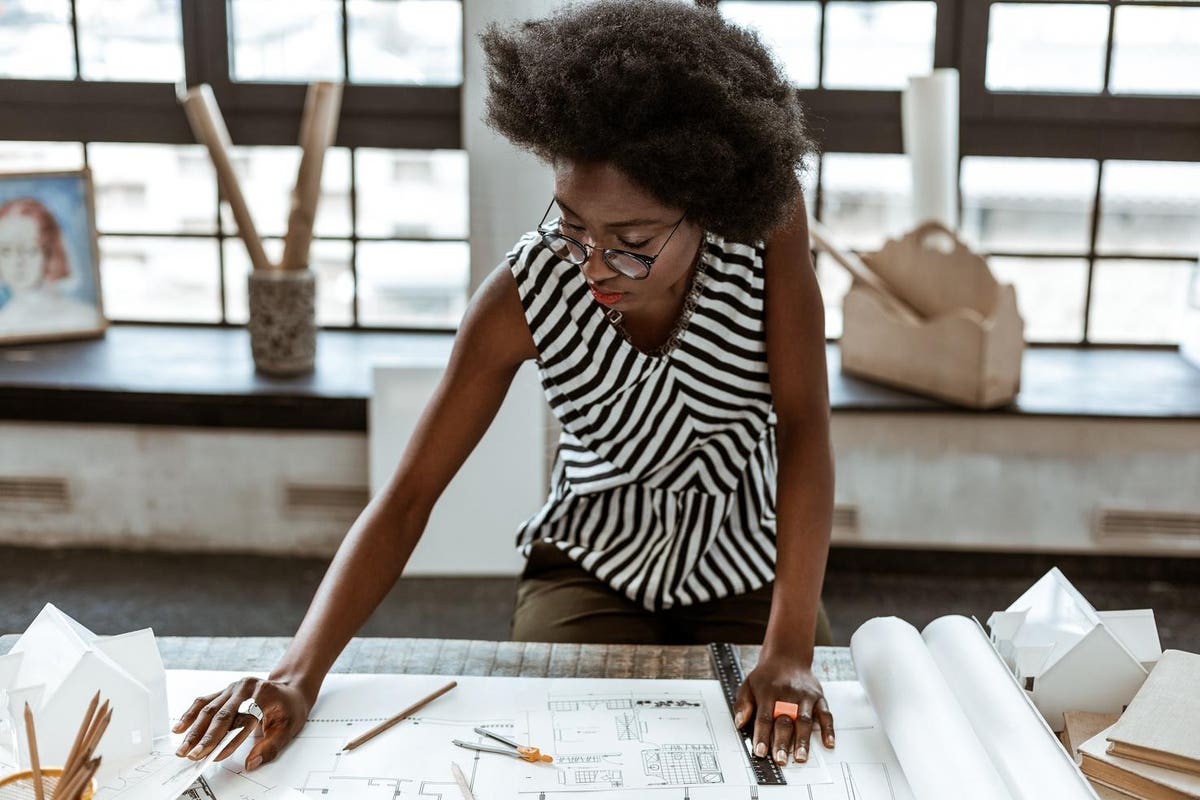 In September of 2018, designer and artist Malene Barnett took to Instagram to protest the lack of black representation at the New York Design Center’s annual “What’s New, What’s Next” symposium. After garnering more than 1,500 likes and some 370 comments, Barnett’s virtual provocation became reality: She went on to found the Black Artists + Designers Guild (BADG), an online directory and community for black creatives.

On October 26, BADG will present BADG of HONOR, in which the BADG honors five members of the design community at a block party at Samsung 837 in New York City’s Meatpacking District. The event will feature a DJ, an auction, art, a bar and experiences befitting a lively block party in a hip part of the city.

It is a notable event signaling change in a very white industry. According to recent statistics from the American Society of Interior Designers, black designers account for less than two percent of its membership.

“We now have over 100 members across the world,” says Byron Cordero, BADG member and public relations representative for the group. “First, we created an on-line directory. With BADG Lab in 2020, 25 black creators designed a home, all of it virtual. With BADG Lifestyle, we collaborated with Pottery Barn to create a series of products.”

Other like-minded organizations are working to upset the imbalance in the design industry. In western Massachusetts, The Kaleidoscope Project is a designer showhouse venture whose goal is to showcase the diverse talent in the creative design industry and to amplify voices that rarely, if ever, have been heard. For its first project, 23 designers transforming the 18th century Cornell Inn in Lenox, Massachusetts; the reimagined rooms opened to the public in early summer of 2021. This year, a showhouse will feature four new apartment units created in a 1906 fire station in Pittsfield.

“The murder of George Floyd spurred the founding of The Kaleidoscope Project,” says Amy Lynn Schwartzbard, founder, director and board chair. “I was planning a showhouse to raise money for the arts, but that tragic event made me look at the way the industry does not acknowledge or include designers of color. One of our goals: to help fund future events and provide scholarships for our young Black and Indigenous People of Color (BIPOC) studying in the Design disciplines.”

Highlighting the talents of innovative up-and-coming designers, awarding the movers and shakers, holding showhouses and generally raising the profiles of designers of color may not end discrimination, but it is a start. Hopefully, it will open eyes to the fact that great design is color blind.

A Monument To Italy’s Historic Past Towers Over The Amalfi Coast
Why Scammers Are After Your Aging Parents — Right Now
Congress may revisit the expanded child tax credit in the lame duck session. But terms may not be as generous as in 2021
How electric air taxis could shake up the airline industry in the next decade
China’s Covid lockdowns are having a lessening impact on its economy