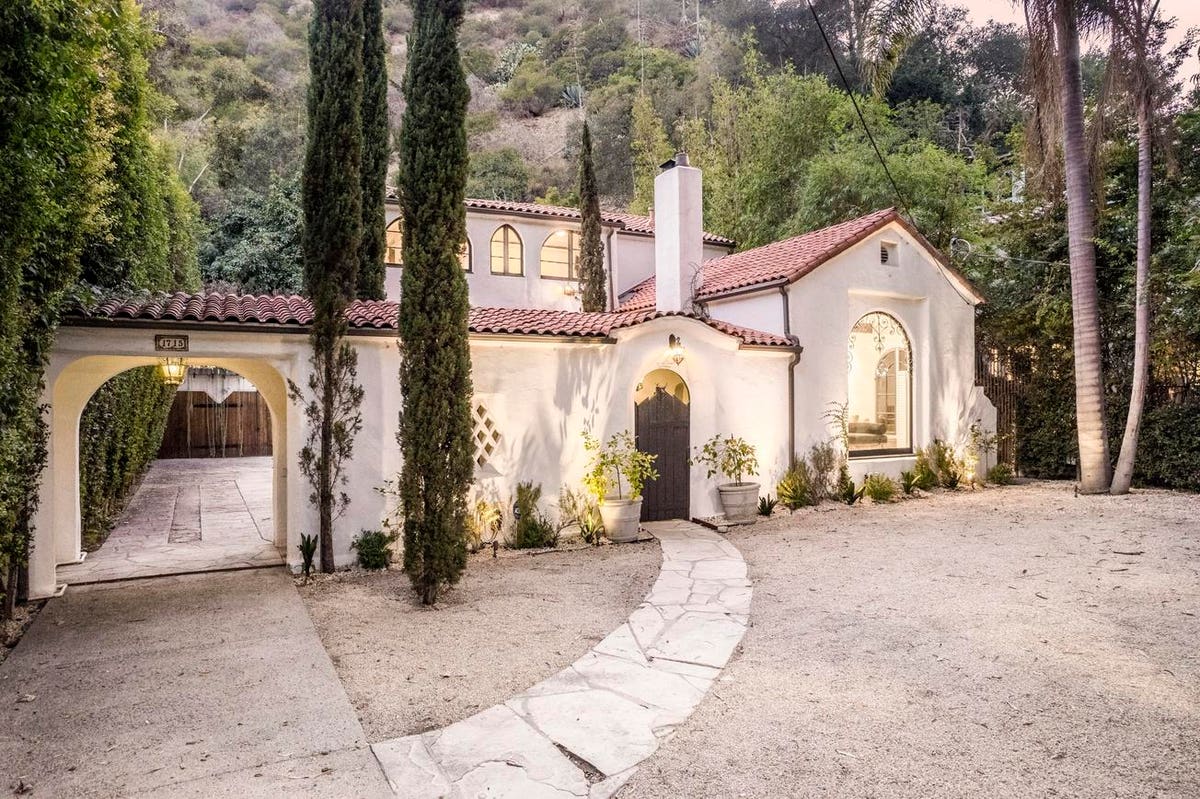 The former estate of jazz icon Billie Holiday has surfaced for sale at $3.5 million in the leafy Benedict Canyon area of Beverly Hills, California.

Completed in 1926, the four-bedroom, three-bathroom private residence was last sold in 2015 for $2.15 million before hitting the market earlier this month.

Like the famous singing voice of its previous tenant, the property possesses a distinctive beauty. Traditional Spanish architecture defines the exterior, replete with terra-cotta roof tiles, archways and a white stucco facade. Ivy coats the walls of the home’s courtyard entryway where the first of two wood-burning, outdoor fireplaces can be found.

Moving inside, a similar display of Old World refinement can be found in details like the exposed wood beams and iron chandelier that command the domed ceiling of the living room.

Windows serve as both abundant light sources and statement pieces, coming in varying shapes and sizes including dramatic arched, classic French casement and a bow window, which fits the kitchen’s breakfast nook.

Hardwood floors are found throughout the majority of the house, save for select locations like the primary bedroom’s balcony with vintage tiles from Marseille or the primary bathroom with custom Italian floor tiles.

Although classic in appearance, the home also features modern utilities, such as a Lutron light system, outdoor ceiling heaters and stainless-steel kitchen appliances.

Other highlights include a soaking tub set beneath a Moroccan archway found in the guest bathroom, a spacious patio and new walk-in closet lighted by fixtures from the original Waldorf Astoria in New York.

Also on the 9,000-square-foot property is a two-story guesthouse outfitted with a kitchen, downstairs living space and a personal patio.

Privacy hedges hide the house from Benedict Canyon Drive, one of Beverly Hills’ most desirable streets, where a number of other exceptional properties can be found.

Hilton & Hyland is an exclusive member of Forbes Global Properties, a consumer marketplace and membership network of elite brokerages selling the world’s most luxurious homes.

UK health officials warn parents to be alert after 6 child deaths linked to Strep A infections
Social media financial content is a ‘Wild West.’ Here are the red flags to watch out for before investing your money
GameStop reports decline in revenue and sharp decrease in cash
Stocks making the biggest moves after hours: MongoDB, Toll Brothers, Dave & Buster’s and more
It’s never too soon to save for retirement. Here are 3 ways Gen Z workers can start now