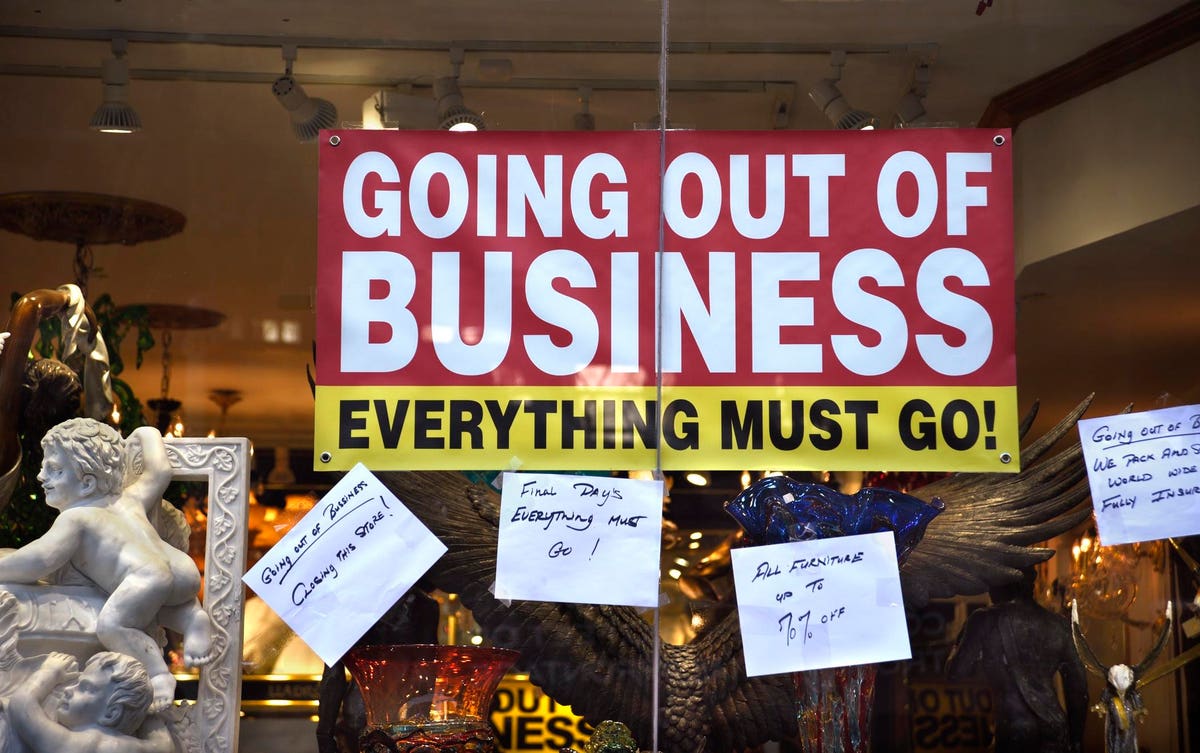 It’s a timely question. What is a recession? We’re hearing the word absolutely everywhere right now. We all know it’s bad news, we all know we don’t want one, but what does it actually mean?

Economists and financial analysts have a habit of using a lot of terminology without properly explaining what the term really represents. Most readers are switched on enough to be able to understand the gist, but it can be useful to properly understand the definition of these economic terms.

Not only that, but it’s also really useful for investors. Recessions are inevitable. There have been plenty of them in the past and there will be plenty more in the future. It can often be a scary time to invest, but if you’ve got a long enough time horizon it can also be one of the best times to invest.

To be able to do that, you need to understand how to navigate investment markets when the seas are choppy. We can help you with that, and so can AI.

How is economic growth measured?

A recession is a metric that is based heavily on the level of growth within an economy. In order to properly explain what a recession is, we first need to take a step back and look at how economic growth is measured.

In good times, consumers are spending money, people are getting pay increases and life is generally going well for a lot of households. When this is happening, the economy is growing.

The most common measure of the growth in the economy is what’s known as Gross Domestic Product or GDP. This metric adds together all of the economic value that is created across every industry and job in the entire country. Whether you’re an accountant, a construction worker, a lawyer or a janitor, all of that labor and value is added together to provide a guide on the overall output of the country.

Let’s take a very simple example of a supermarket. In good times, the main earner in a household might get a pay increase, and the second adult in the house manages to get a part time job. That means they’ve got plenty of cash each month, so they can afford to buy nicer groceries.

Maybe they do some of their shopping at Whole Foods, buy the odd steak here and there and go for the brand name cereal and condiments. That means that the supermarket is getting paid more from that household, which increases GDP.

On the flip side, during a recession in that same household the main earner might see their salary stagnate, and the secondary earner could be laid off. With less money each month, they might stop going to Whole Foods altogether and start eating cheaper meals. Now that supermarket is receiving less money from the household, which means they won’t be adding as much value to GDP.

This is the same across every sector of the economy. During economic boom times we buy more clothes, more sneakers, more vacations, more iPhones and more makeup. In bad times, we buy less or opt for lower cost options.

What is a Recession?

While the old definition is still used widely around the world as a good rule of thumb, in the United States it’s now down to the non-partisan government body the National Bureau of Economic Research (NBER) to announce when a recession has officially hit.

They look at a wide range of different data to make the call, beyond just the simple measure of GDP. In a lot of ways, this makes sense. Under the old definition,for example, it simply wasn’t possible for a recession to last less than six months. These days the world moves incredibly quickly, and we saw just how fast the economy can change at the outset of the covid pandemic.

This ended up being the shortest recession ever, lasting just two months. Under the old definition it wouldn’t have been a recession at all.

The flexibility also takes into account the complexity of the economy. We’re living through a great example of that right now. Economic growth was negative for two consecutive quarters at the start of 2022 and yet we haven’t entered an official recession.

That’s because there has been other economic data that’s not been quite as negative. Throughout these periods of negative growth, the unemployment rate remained very low and consumer spending was high. Salaries even increased, though because of the high levels of inflation they still declined in real terms.

Recessions can be caused by a wide range of factors. As mentioned above, the most recent recession was caused by a global pandemic. That was a new one for all of us. A large shock to the economy across the entire world is unusual, but other examples would include WWI and WWII.

Asset bubbles and excessive levels of debt are two other causes that often go hand in hand. The 2008 global recession was caused by a combination of a bubble in the worldwide property market which was propped up by unsustainable levels of debt. Once the bubble burst, many businesses laid off thousands of workers and scale back operations or shut down completely.

This caused a huge drop in economic activity, with no surprise that a recession was to follow.

Another relatively recent recession that was caused in part due to an asset bubble was the 2001 dot-com bubble. In the early days of the internet there was huge amounts of money flowing into brand new startups, many with very little in the way of a business plan or prospects.

A domain name and a story was often enough to attract millions in venture capital investment, and the house of cards eventually came crashing down. Compounding this was the shock of the 9/11 terrorist attacks, which further panicked the markets and spread fear through the economy.

Throughout history there have been many other recessions which have started for a variety of different reasons. Some have been related to interest rates, oil prices and high inflation.

How can investors navigate a recession?

Individuals have a number of challenges during recessions. The first is concern over their employment situation. When the economy is contracting, certain sectors of the economy are particularly vulnerable to layoffs and hiring freezes.

Other industries are more resilient to market factors, with many sectors seeing less change in demand regardless of how well or badly the economy is doing.

The other challenge is investing. Whether it’s extra cash that’s been saved up for a rainy day or a 401k or an IRA, it can be tough to watch the volatility of your portfolio pick up as the news cycle is turning negative and there is concern about the health of the economy.

The good news is that there are a large number of ways to invest throughout a recession that can limit the pain, and even create opportunities for extra growth.

One of the most common ways to do this is to invest in assets that have been traditionally seen as ‘safe havens’. The best examples of this are gold and other precious metals, specifically silver, platinum and palladium.

The history of precious metals as an investment asset goes back literally thousands of years and even in our modern financial system, the price of gold, silver and others will often rally off the back of poor economic news.

If you don’t know where to start within investing in these types of assets, we’ve got an Investment Kit that does all the work for you. Our Precious Metals Kit uses AI and machine learning to predict how the metals are likely to perform in the coming week and then automatically rebalance between them.

Another way to approach investing during a recession is a focus on Large Caps. When economic growth is flat or negative, big companies tend to outperform smaller and medium sized ones. That doesn’t necessarily mean they go sky high and generate big returns, but they can often drop less or stay flat.

This is because they tend to have more diversified income streams, more stable costs and they’re not as reliant on new customers to meet their targets.

By itself, that’s not the most exciting investment opportunity in the world. Losing less money is one thing, but ideally as an investor you want to be growing your cash.

In order to take advantage of this, we created the Large Cap Kit. As the name suggests, it invests into large companies, but as we’ve said that’s not necessarily a winning strategy if the overall market is down. That’s why, at the same time as going long on large caps, we go short on small and mid-caps.

This way, investors profit on the relative change between large companies and small to mid-sized ones. It means that this Kit can generate a return even if the market goes sideways or down, as long as big companies hold up better than smaller ones.

For investors, all hope is not lost through a recession, it just requires a little bit more work to find the trades which can work during turbulent times.

Jim Cramer says Costco is a buy, Lululemon is a wait-and-see
China eases Covid restrictions on travel and production
Who Would Benefit From A Lame Duck Child Credit And Business Tax Bill?
United CEO says business travel has ‘plateaued’ but revenue is still rising
Cramer’s lightning round: AGNC Investment is not a buy