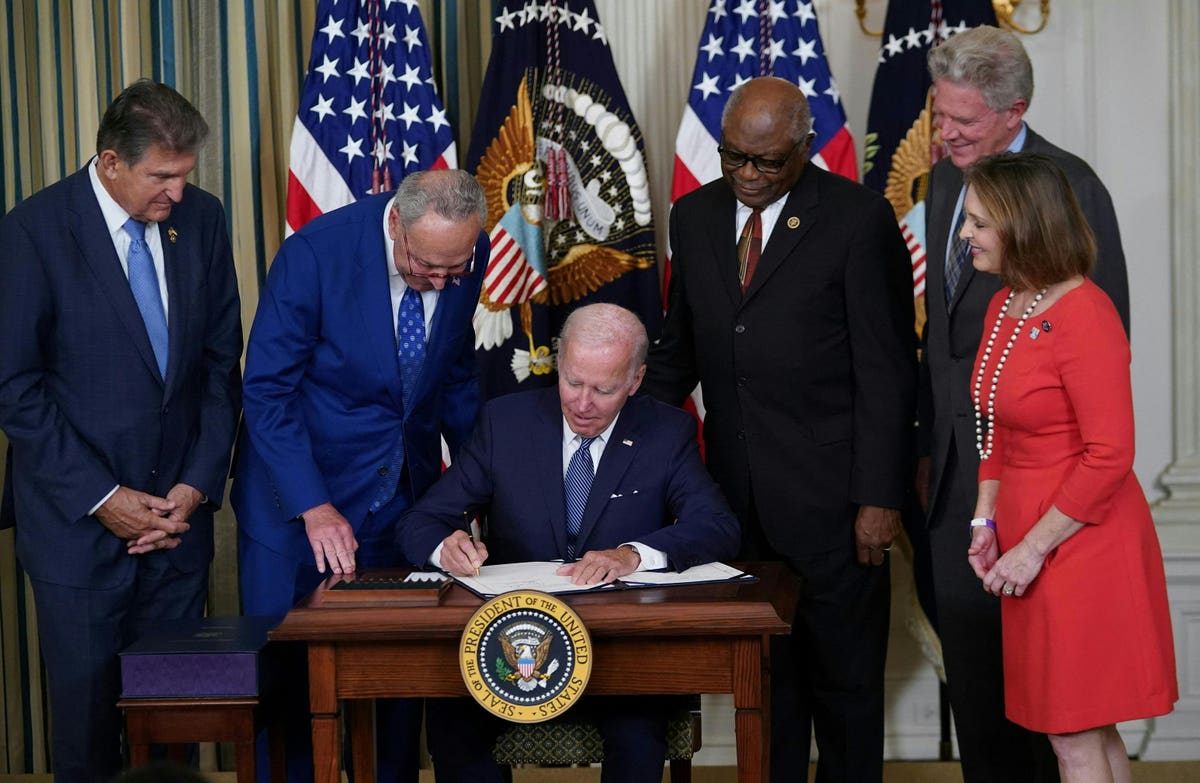 Another twist in the never-ending saga that is the United States’ pursuit of a corporate minimum tax.

For the past year, Treasury Secretary Janet Yellen expressed optimism that the U.S. would help the OECD’s push for a global minimum tax get across the finish line. That optimism hasn’t waned, even when the Biden administration encountered domestic political pushback, requests for industry-specific carve outs abroad, and some international tax authorities outright balked at the notion. And while a global deal remains elusive, a stateside answer may have arrived in in the form of the Inflation Reduction Act.

The Inflation Reduction Act is a $700 billion, three-pronged bill that addressed specific healthcare, climate, and tax concerns. Of note for CFOs, the law requires companies that report over $1 billion in book income to pay a 15 percent minimum tax rate on that income. Some firms may already be meeting that requirement, but for those with over $1 billion in earnings that may have taken certain credits or deductions that lower their tax rate below 15 percent of their book income, they may be subject to additional tax liability.

Some lawmakers and tax organizations are heralding the new law as a huge win that should ensure more corporations are tax compliant. But the reception hasn’t all been positive. The accounting profession is unanimous in its concerns over the rule, sending a letter to Congress with about 300 academic signatures. Some experts, like Mary Cowx, an assistant professor at the W.P. Carey School of Accountancy at Arizona State, told Thomson Reuters
TRI
that she thinks it will even be counterproductive to the intention of the law.

“Tying the new minimum tax to financial statement income creates incentives for companies to report lower book income, which may be at odds with the overall purpose of financial statements (and the goal of the FASB) to be a source of information that is useful to current and potential investors and creditors,” she said.

It also puts an increased onus on the FASB to make determinations on book income. Critics argue that these changes will have a direct impact on federal revenue collections. When the FASB is trying to decide on rules that might change financial accounting components that have taxable income, it will undoubtedly get pressure from a variety of sources, from Congress to certain lobbyists that are arguing in the interest of their respective donors or clients. For their part, the Financial Accounting Foundation (FAF), a trustee body that oversees the FASB’s development of the US’s Generally Accepted Accounting Principles (GAAP), has said that will not be the case.

“The FAF and FASB remain focused on our mission to create high-quality financial accounting and reporting standards that provide information that is useful to investors and others who use financial reports,” a FAF spokesperson said via email in Aug.

Whatever role the FABS does ultimately play, these changes are coming, and they’re the first corporate minimum tax based on U.S. GAAP book income standards since the 1980s. What’s more, there’s not much time to adjust; The tax is applicable for tax years after December 31, 2022. This leaves corporate tax pros in an unenviable task of trying to sift through another wave of uncertainty, where the path forward is anything but clear.

For corporate finance professionals to be complaint, they’ll have to be meticulous. In the last two years, the role of CFO
CFO
has grown beyond its usual scope, as finance departments have undertaken a host of new responsibilities in a time of mass uncertainty. On just this issue, the global minimum tax seemed poised to arrive in on incarnation yet came to pass in a totally unforeseen way. If CFOs can align with their tax departments to ensure their organizations are working in lockstep on this issue, they’ll likely avoid a ton of volatility. But that task will ultimately prove easier said than done.