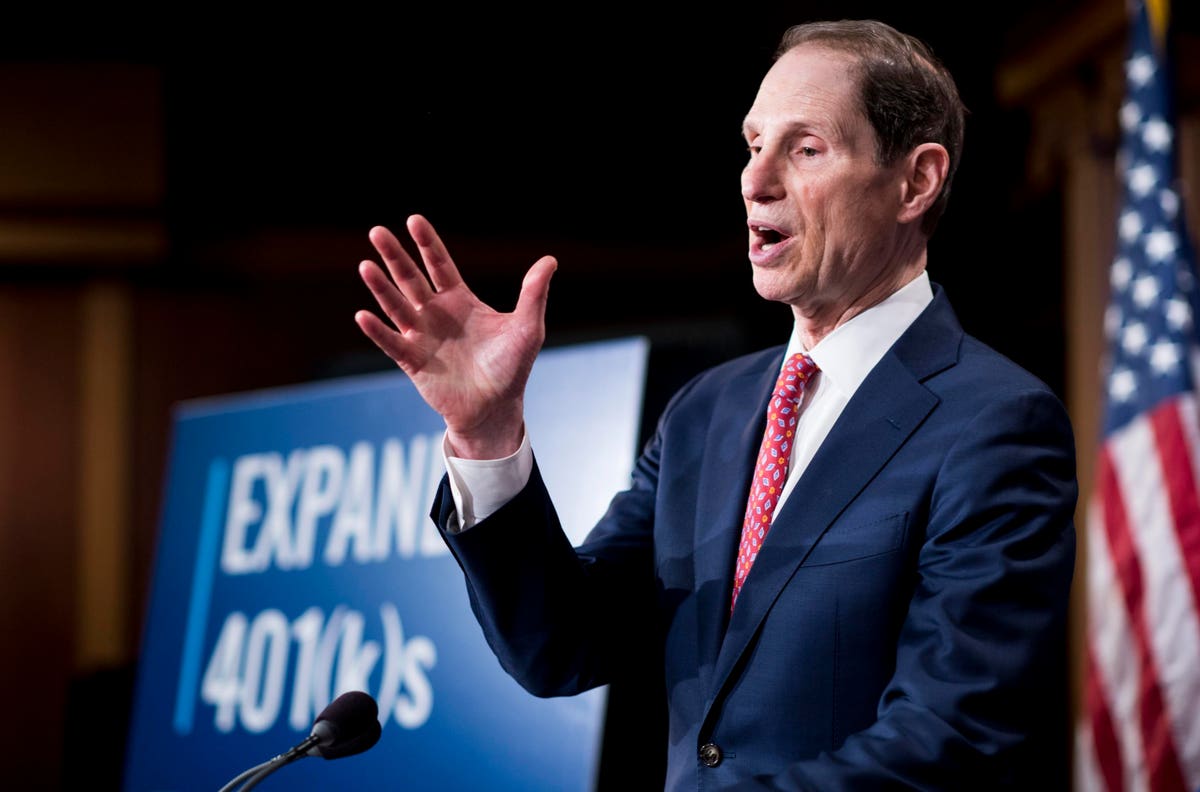 Senate Finance Committee Chair Ron Wyden (D-Ore.) expects the SECURE Act 2.0 retirement bill to pass out of Congress to the president’s desk before January. The bill could have up to 70 provisions and many will not have much impact on America’s retirement crisis. Many will make U.S. retirement wealth inequality worse.

On the positive side, the bill intends to help solve a big problem and it is remarkable to bring Democrats and Republicans together.

Below, I assess, with help from 401(k) Specialist Magazine, SECURE 2.0’s major provisions by effectiveness and regressivity.

SECURE 2.0 allows people to delay withdrawing from their Individual Retirement Account to avoid paying taxes. As well-respected tax policy and Urban Institute expert Howard Gleckman and investigative journalist Gerald E. Scorse note, allowing a delay of the required minimum distribution from age 72 to age 75 will cost taxpayers money and overwhelmingly benefit “wealthy retirees and their future heirs.” The SECURE 2.0 delay could cost about $7 billion in 10 years and disproportionately favor those earning over $100,000 per year.

Many SECURE 2.0 provisions grants more tax benefits to high income savers. A provision would allow workers ages 62 to 64, with extra money lying around, to contribute up to $10,000 to their tax-sheltered retirement plans. Many high-income people face high tax rates and some expect to give substantial sums of money to heirs. Anything that allows them have Roth retirement accounts helps them avoid taxes. Several provisions help “Rothify” retirement savings (e.g. permit employees participating in a SIMPLE IRA or a Simplified Employee Pension (SEP) to treat elective deferrals and employer contributions as after-tax Roth contributions and allow so-called catch-up contributions subject to Roth tax treatment, etc.). Bottom line: the final SECURE 2.0 bill will surely allow more tax-sheltering.

SECURE 2.0 has a little bit for everybody to give bragging rights to sponsors. It indexes IRA contributions to inflation and if you are an abused spouse, you can take money out of your IRA tax-free. I really can’t imagine how this is enforced, but who can be against it?

Sec 2.0 aims to encourage small employers to offer 401(k)-type plans. But as Emily Brandon reports, small businesses report the don’t sponsor plans because they aren’t sure of their own profits and revenues. Having a startup tax credit and allowing a new kind of multi-employer plan, or encouraging small employers with military spouses to contribute, won’t do much to increase the median account balance of retirement assets over the $60,000.

I like SECURE 2.0 retirement savings “lost & found” — a national database for Americans to find lost retirement accounts. I know well-educated people who had to chase down eight or more retirement accounts and deal with their outsourced managers which took over 5 years. How can anyone without special expertise do that?!

Advocates for universal retirement plans recognize that political tradeoffs must be made. More tax breaks for the well-off allow SECURE 2.0 to require employers to auto enroll workers to newly created 401(k) and 403(b) plans. New, eligible employees would have contributions automatically deducted from their paychecks and deposited to their own retirement plans. Employers don’t have to contribute. The best thing said for this provision is that it is a miracle employers will have to do something. And some people will probably save more for a while.

Advocates for widespread pensions are also happy about the Saver’s Credit modifications. The Saver’s Credit is a tax credit for low and middle-income families. Eligible individuals can receive up $1,000 per individual or $2,000 for those married-filing-jointly for their retirement accounts but it declines as income increases. Under SECURE 2.0, the credit does not decline with income, and eligibility is expanded. Yet, the voluntary Savers credit will do little to right the wrong of the top-heavy retirement tax expenditures, where EIG reports those in the top 20% of the income distribution receive over 40 times more in retirement tax benefits than those at the bottom 20%.

And, SECURE 2.0 doesn’t go far enough in helping people save enough money in a retirement plan – employees and employers can opt out of savings anytime; it doesn’t lower fees for investing or improve the asset allocations in retirement plans. in addition, SECURE 2.0 doesn’t help people secure a low-cost annuity. Policymakers should help people create financial bridges to a higher claim age to Social Security.

Since SECURE 2.0 has a long way to go to help most Americans, and there are a lot of goodies for people with substantial assets and high incomes, I urge Congress to consider bold bipartisan steps and embrace an Economic Innovation Group (EIG) plan. The plan is a bipartisan product. My co-author, Economist Kevin Hassett, and I worked on it. Though Kevin and I are on the opposite ends of a political spectrum, we share concern for the raw deal most workers get in the current retirement system. The EIG plan would give most people without a retirement plan access to the same professionally-managed options in the federal Thrift Savings Plan (TSP)—the retirement savings plan offered to government employees and members of Congress, and provide a government match to their contributions.

I congratulate Congress for moving ahead on the margins to try and help Americans save for retirement, but SECURE 2.0 still leaves America with a retirement crisis.

At any one point in time more than half of workers are not saving in a retirement plan at work. The fault of Americans inadequate and unequal level of retirement savings lies in the current individual-directed, voluntary, and commercial system that is subsidized by top-heavy tax breaks.

Taking required minimum distributions? How to reduce the sting of selling in a down market
401(k) ‘hardship’ withdrawals hit record high, Vanguard says — another sign households feel the pinch of inflation
CJEU On Taxes: As Goes Fiat, So Goes Apple
Who Would Benefit From A Lame Duck Child Credit And Business Tax Bill?
Cramer’s lightning round: AGNC Investment is not a buy