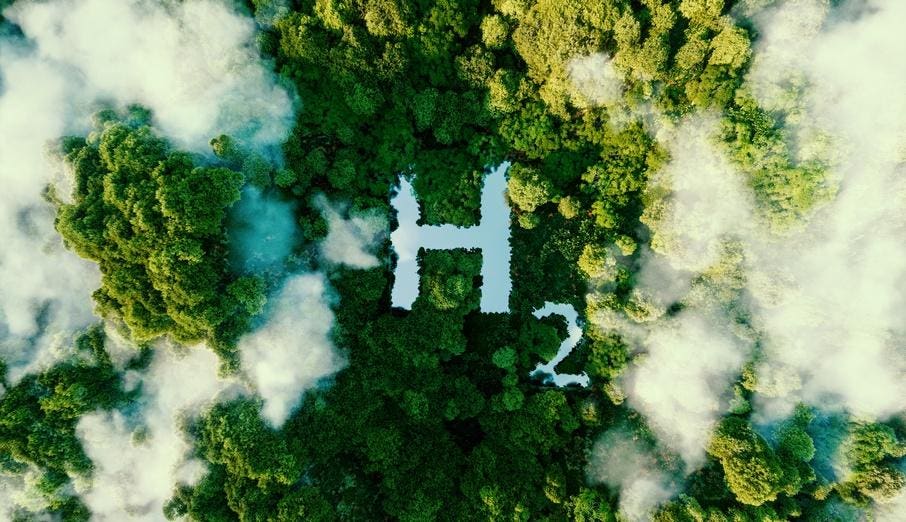 In Notice 2022-58, 2022-47 IRB 483, the IRS and Treasury asked, “Should indirect book accounting factors that reduce a taxpayer’s effective greenhouse gas emissions (also known as a book and claim system), including, but not limited to, renewable energy credits, power purchase agreements, renewable thermal credits, or biogas credits be considered when calculating the section 45V credit?”

How the guidance addresses that question has significant consequences, both for taxpayers who would like to claim the credit and potentially for the long-term environmental impact of the incentives for clean hydrogen in the Inflation Reduction Act (IRA, P.L. 117-169).

One reason for the IRS’s question is a colloquy that occurred in the Senate during passage of the IRA between Senate Finance Committee member Thomas R. Carper, D-Del., and Finance Committee Chair Ron Wyden, D-Ore. Carper said he thought that the intent of section 45V “is that in determining ‘lifecycle greenhouse gas emissions’ for this section, the Secretary shall recognize and incorporate indirect book accounting factors, also known as a book and claim system, that reduce effective greenhouse gas emissions, which includes, but is not limited to, renewable energy credits, renewable thermal credits, renewable identification numbers, or biogas credits.” Carper asked Wyden if that was his understanding, and he confirmed that it was.

Congress gave the IRS and Treasury express authority in section 45V(f) to issue guidance “to carry out the purposes of this section, including regulations or other guidance for determining lifecycle greenhouse gas emissions.” That guidance is due within one year from the date of the IRA’s enactment.

A book-and-claim system is a way to separate energy produced through clean technology from electricity that isn’t. The producer of the clean electricity “books” the amount they’ve produced, and customers can “claim” it by buying a certificate for the amount of clean energy they want.

The structure of the credit presents a problem for interpreting it to include a book-and-claim system. The credit is available if a taxpayer produced qualified clean hydrogen during the tax year at a qualified clean hydrogen facility during the 10-year period beginning on the date the facility was originally placed in service. The kilograms of qualified clean hydrogen so produced are multiplied by $0.60 for the cleanest hydrogen and $3 if the prevailing wage and apprenticeship requirements are met. The life cycle greenhouse gas emissions rate, as defined in the Clean Air Act and determined by the Argonne National Laboratory’s Greenhouse Gases, Regulated Emissions, and Energy Use in Technologies model, is used to determine how clean the hydrogen is.

It might be that Congress wanted to allow indirect accounting factors to be included in the calculation of the life cycle greenhouse gas emissions rate. But then why would the definition of qualified clean hydrogen be limited to hydrogen for which the production process is all that is looked to for the life cycle greenhouse gas emissions rate? Indirect accounting factors aren’t a typical part of the production process, and interpreting “produced through a process” to encompass a process that also involves accounting mechanisms like renewable energy credits and power purchase agreements seems like a stretch.

The colloquy is an interesting data point, but it’s not the end of the discussion. The IRS and Treasury aren’t obligated to follow the direction laid out in colloquies. But this colloquy presents the guidance drafters with a particular quandary because there isn’t much in the way of legislative history on the IRA, since the bill passed with little discussion beyond the colloquies. The only thing it definitively means is that two senators wanted taxpayers to be able to include indirect accounting mechanisms in calculating whether their hydrogen is eligible for the credit. Both senators are on the Senate Finance Committee and were involved in the drafting of the clean energy provisions.

There is legislative history that points away from including the book-and-claim system. Like the IRA, the Build Back Better Act (H.R. 5376) on which the IRA was based didn’t include any mention of indirect accounting mechanisms being part of the life cycle greenhouse gas emissions calculation in section 45V. But the Clean H2 Production Act (S. 1807) — which Carper authored and that formed the basis for the Build Back Better Act’s erstwhile section 45X and the IRA’s section 45V — did.

Carper’s bill directed the Treasury secretary, in consultation with the secretary of energy and the administrator of the Environmental Protection Agency, to publish guidance “prescribing methods for determining the credit based on lifecycle greenhouse gas emissions.” According to the Clean H2 Production Act, “such methods shall consider the emissions associated with any feedstock or energy source which is not co-located at the qualified clean hydrogen production facility,” under specific circumstances that include contracts for the clean production attributes of the feedstock or energy source. The Clean H2 Production Act did, however, use the same “produced through a process” phrase as section 45V(c)(2)(A).

Subsection 45V(f) looks quite different from the version in the Clean H2 Production Act, which rather strongly suggests that Congress intended to change the specific grant of authority to Treasury in both the Build Back Better Act and the IRA. The fact that the IRA ended up with a less specific grant, as the colloquy highlighted, is therefore a relevant consideration.