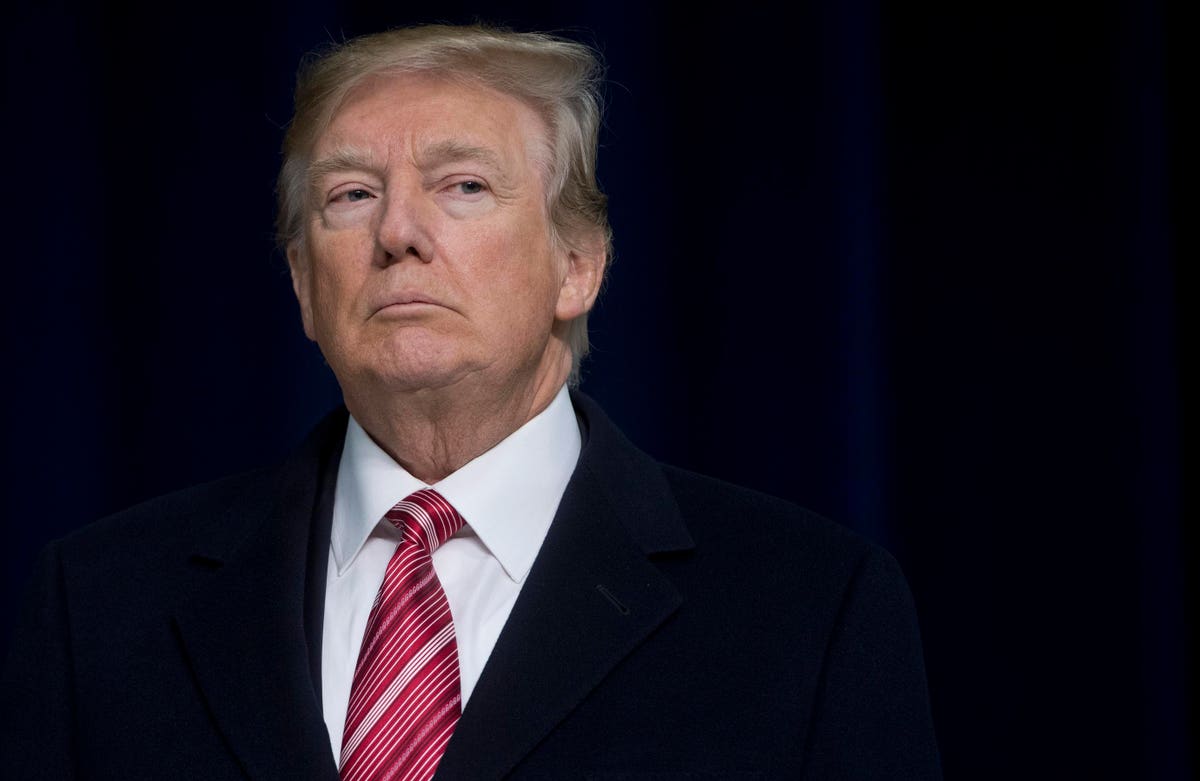 The world’s most famous tax returns are finding their way into the public record. The House Ways and Means Committee has already delivered a broad overview of Donald Trump’s tax filings during a six-year period, and his actual returns are slated for release in a few days.

Predictably, people are talking a lot about Trump’s behavior as a taxpayer. How much did he earn? How much did he pay? Was he following the law? All reasonable questions, to be sure. Ultimately, however, the more important questions don’t focus on Trump as a taxpayer but on the IRS as a tax collector.

Specifically, why did the IRS fail to audit Trump for the first two years of his presidency? Why did the agency ignore its own rules requiring mandatory audits for all presidents? And why did those audits begin only after Congress started asking about them?

These are not trivial questions. They concern much more than just bureaucratic mismanagement at the nation’s tax agency. The presidential audit program was created to ensure that presidents are following the law — that the tax collector in chief is also a tax payer in chief. Providing that assurance is crucial to shared notions of fiscal citizenship — and to the viability of the tax system itself.

Shared ideals of fiscal citizenship are what make a self-assessed income tax workable. If people begin to question the fairness of the system — if they begin to suspect that some people are above the law — the fiscal edifice begins to crumble.

Even Richard Nixon understood this inescapable fact. As he observed in the midst of his own tax scandal: “People have got to know whether or not their president is a crook.”

The disclosure of Trump’s tax returns is a legitimate big deal. On the one hand, the issue of whether he complied with the law is important. As Nixon said, Americans have a right to know. In fact, that’s one reason Nixon released his own returns in 1973. (The other reason was to save his skin.)

On the other hand, the decision to release Trump’s tax returns without his consent or cooperation is also important. It’s certainly legal, as several courts have agreed, and many observers consider it an ethical imperative.

But it’s also unprecedented, opening a door that will be hard to shut. To anyone applauding this disclosure without hesitation or reserve, you may soon discover what it means to reap the whirlwind.

The congressional authority to make this sort of disclosure is remarkably robust. It can be turned against politicians of both parties, but more to the point, against non-politicians, too. The authority is not completely unconstrained; Congress must offer some plausible purpose for disclosure of personal tax information. But it’s a low bar, reasonably easy to clear.

Sure, you may be happy to see the forced disclosures of tax returns filed by congressional leaders, Cabinet secretaries, and maybe even Supreme Court justices.

But how will you feel about similar disclosures for political donors, corporate CEOs, and labor union leaders? It’s not clear where Congress (or the courts) will draw the line. What’s certain is that the process of drawing that line will be messy.

The Audits — And Their Absence

When the Ways and Means Committee first requested Trump’s tax returns from the IRS, many scoffed at the panel’s stated objective: to investigate the mandatory audit program for presidential tax returns.

The skepticism was understandable; leading Democrats had already spoken gleefully of their plans to make Trump’s tax returns public. Investigating the audit program seemed like an afterthought — or a pretext.

But in fact, the committee had good reason to suspect that audit program might be prone to failure: The agency has a history of coddling presidents. In June 1973, while reporters were already on the trail of Nixon’s tax misbehavior, the IRS was concluding its audit of the presidential return with a thank-you note. “I want to compliment you on the care shown in the preparation of the returns,” wrote the Baltimore district director in an obsequious letter to Nixon.

A few months later, when Nixon’s cheating had come to light, people began to worry about its implications — for the tax system, the presidency, and even the nation. Prominent lawmakers, including the chair of the Ways and Means Committee, thought Nixon would be forced to resign over the issue.

Other tax officials and editorial writers predicted that Nixon’s cheating would threaten the tax system as a whole. Would people keep paying taxes, and reporting their income accurately, if they knew that the president wasn’t?

Those fears moved people to action. Presidents after Nixon began to voluntarily release their returns. It was a half-measure, to be sure; mandatory disclosure would have been better, and certainly more reliable. But voluntary disclosure was something: It sent a message about trust and transparency. Presidents after Nixon understood that compliance by the powerful mattered.

The IRS took action, too. In 1973 the agency had failed during its initial audits to notice Nixon’s misdeeds. During a second bite at the apple in 1974 (under the leadership of a new commissioner, Donald Alexander), agency officials took a more rigorous look at the presidential returns. In close cooperation with the Joint Committee on Internal Revenue Taxation, they held the president publicly accountable.

And then, in 1977, the IRS formalized procedures for annual, mandatory audits of presidential tax returns. The agency published the details of this audit program and touted it to the media. The program was designed to reassure Americans that the IRS was on the case: There would be no more Nixon-type scandals.

Since then, Americans have relied on the IRS to enforce the tax laws, even when those laws are applied to the president. The audit program has been a backstop for fiscal citizenship, ensuring that the nation’s chief tax collector is obeying the same tax laws as everyone else.

For decades, in other words, the audit program has been a source of reassurance. It’s a guarantee that tax avoidance by the president won’t make regular people feel like chumps when they pony up the cash on April 15.

But at some point, apparently, the audit program stopped providing that reassurance. Was it in 2017, as indicated in the recent Ways and Means report? Or was it earlier? When did the watchmen stop watching?

Taxpayers have a right to know.

A Closer Look At The National Sales Tax Proposal
Sam Bankman-Fried Bought This Washington DC Townhouse, Now For Sale At Exactly What He Paid For It
Travel companies are ‘greenwashing’ — here are 3 ways to find ones that aren’t
Southwest forecasts lingering losses as bookings slow in wake of holiday meltdown
5 Questions To Ask Yourself About Your Retirement Finances