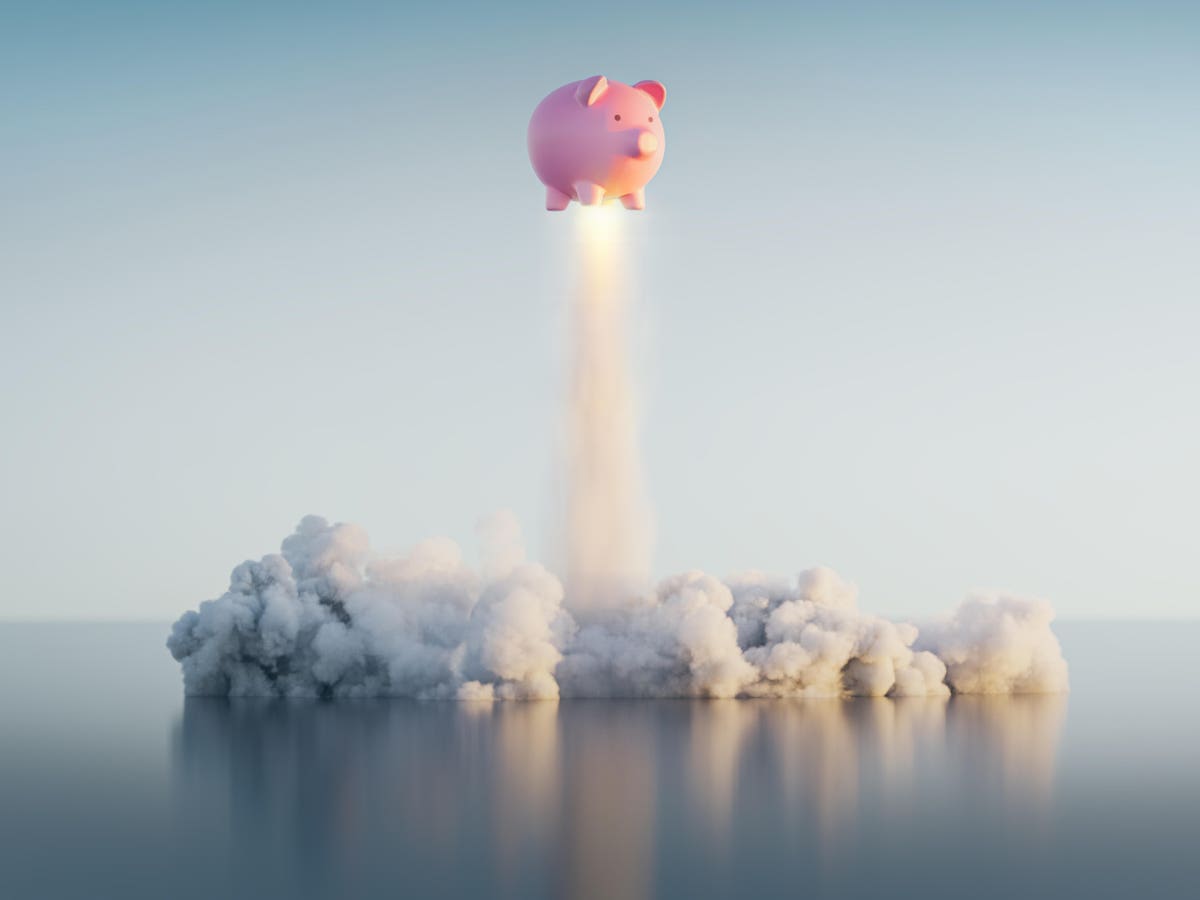 Millions of Americans do not save enough for retirement, not because they don’t want to, but because they face systematic obstacles to doing so. One such obstacle is a tax code rigged to benefit the highest earners. Congress took one small step (among other, ineffective steps) to fix this by creating a federal saver’s match starting in 2027 that will then replace the current Saver’s Credit, in the omnibus spending package that passed in December 2022. It is now incumbent on financial service firms as well as state governments to ensure that as many low-income and middle-income (LMI) savers targeted by this new match will have low-cost, low-risk retirement savings accounts when the new match goes into effect.

Large shares of Americans are unprepared for retirement. The Center for Retirement Research at Boston College estimates that, in 2019 – before the pandemic —, 49% of working-age households were at risk of sharp and painful spending cuts, once they reach retirement. This was close to the highest levels of 51% recorded in the wake of the Great Recession in 2010 and 2013.

Similar shares of people felt insecure about their retirement before and during the pandemic. Calculations based on data from the Federal Reserve’s annual Survey of Household Economics and Decisionmaking show that just 50.0% of people 25 years old and older, who were not retired, said that their retirement plans were on track in 2021. Although this was up from a share of 45.4% in 2020 and somewhat higher than the 47-48% share recorded in the years from 2017 to 2019, it is striking that fully half of Americans plainly acknowledge their lack of preparedness for their future lives in old age.

The obstacles people face in saving for their future are myriad, and they all contribute to widespread retirement insecurity. The complex maze of savings options, often induces “analysis paralysis,” preventing people from signing up for retirement savings accounts. Additionally, retirement account tax benefits are heavily skewed towards the richest households, which means those with low or moderate incomes (LMI) have fewer incentives to save. The U.S. government forewent an estimated $230 billion in tax revenue in 2022 in connection with retirement incentives, but an estimated 60% of this largesse went to the top 20% of earners that year. The total amount spent on these inefficient tax break is more than five times what the federal government spent on science, technology and space exploration, more than four times what it spent on natural resources and the environment and still about $28 billion more than spending on food assistance. This unequal distribution of retirement tax benefits is not just a result of an unequal income distribution. Households in the lowest fifth of the income distribution received 4% of pre-tax income, but only 0.4% of the retirement tax benefits. The fact that the vast majority low-income and moderate-income households receive little or no help from the tax code in saving for retirement is counterproductive, since these are the folks who need help the most.

Congress established the Saver’s Credit, formally known as the Retirement Savings Contributions Credit in 2001, to boost savings incentives for LMI Americans. Taxpayers, those with adjusted gross incomes of less than $68,000, can get up to a 50% “rebate” on their contributions to a qualifying retirement account in the form of a tax credit. Taxpayers can get up to $1,000 as a credit if and when they file taxes a year later if they contributed $2,000 to a retirement account during the relevant tax year. The credit rate rapidly drops with incomes, though. For example, married taxpayers filing jointly, who have incomes above $41,000 but less than $44,000 get a credit rate of only 20% of their retirement account contributions and those with incomes above $44,000 get a credit rate of only 10%. Taxpayers also can only receive the full value of the credit if they owe at least that much in federal income taxes, meaning that this is a nonrefundable tax credit. This effectively excludes large swaths of low-income taxpayers from getting any benefit from the Saver’s Credit, namely, those who owe less than $1,000 in federal income taxes. Inversely, this means that a lot of people, who actually qualify for the credit, only get 20% or 10% of what they contribute to a retirement account. Unsurprisingly, the saver’s credit plays a relatively small role in the retirement savings world. The total value of the credit was just $1.3 billion in 2022, a drop in the bucket compared to the $230 billion the Treasury spent overall to subsidize retirement savings. In 2019, only 15.5% of taxpayers with adjusted gross incomes between $25,000 and $50,000 took up this credit with an average credit amount of $200. Moreover, this fairly low take up rate was the highest one among any low-income group.

In the December omnibus spending bill, Congress took several important, long overdue steps to improve Americans’ retirement prospects. It required that all employers will need to automatically enroll their employees in a retirement plan if they offer one, for example. They also changed retirement plan rules so that more part-time employees can become eligible for their employers’ 401(k) plans. These provisions could increase the number of people participating in employer-based plans.

After years of advocacy by groups concerned with building wealth among those with low and moderate incomes, Congress also replaced the Saver’s Credit with a redesigned and rebranded “Saver’s Match”, starting in 2027. Qualifying taxpayers will then get a “match” (in fact a tax credit) to their retirement account during the tax year, rather than a credit applied to their tax return a year later, which can be directly deposited into their retirement account. The new design of this match/credit will likely serve as a greater incentive for people to actually put money away in a retirement account and keep it there. After all, matches can be powerful savings incentives. Further, qualifying savers can now receive a match/credit of 50% of their savings in a retirement account up to $1,000 per year, at higher incomes than before. This means much higher matches for moderate-income earners. Third, and perhaps most important, the new match/credit is independent of what people owe in federal income tax liability – i.e. the newly designed credit will now be refundable – so that more low-income people can benefit. These improvements are substantial and could meaningfully change savings for lower-income and moderate-income Americans.

But many households will only see the full benefits of the new Saver’s Match if they can access low-cost, low-risk retirement accounts. Claiming the Saver’s Match requires money to be saved in qualifying accounts, such as 401(k)s and IRAs. Importantly, Roth IRAs won’t be eligible. But these are often the type of plans offered by state-sponsored retirement plans. Yet, many low-income and moderate-income workers do not work for employers that offer retirement benefits and few Americans across the income spectrum use IRAs to save for their retirement. The biggest hurdle then for people to take advantage of the new match is that they simply do not have a qualifying retirement account. Moreover, too many IRAs offered in the marketplace come with high fees and/or excessive risks. There’s no justification for the tax code to subsidize either, as excessive costs and/or risks will erode people’s savings and leave them with less money for their own future. This runs exactly contrary to the public policy objectives behind the Saver’s Match.

The challenge now is to maximize the benefits of the Saver’s Match by increasing retirement plan participation by low-income and moderate-income savers. Some state governments such as California, Oregon and Illinois have started to offer low-cost, low-risk retirement savings accounts to those employees who do not have such plans at work. Yet, many savers across the country do not have this option. This puts the onus on financial service firms to help people to set up accounts that will not drain their savings with fees, other costs or inappropriate risks.

Financial service firms now need to step up and develop and promote savings products tailored to the needs of LMI households. The Saver’s Match tax changes will go into effect in 2027. That gives financial service firms, many of which claim to want to help LMI Americans save more, four years to show that they are serious. They need to enroll more of these households in retirement accounts, while keeping fees to a minimum and offering investments that avoid excessive risks, for instance, by not investing in highly leveraged private equity, virtual currencies, or other unregistered, under-regulated assets. Congress has done its part to move the needle on helping lower-income Americans save more. It is now up to the financial services industry to do its part.

Tax credits vs. tax deductions: How they differ, and what to know before you file
Stocks making the biggest moves after hours: Tesla, Chevron, ServiceNow, Levi Strauss, IBM and more
The outgoing CEO of a giant autos firm had a message for his successor: Don’t be like me
$6.6 billion fintech Wise accused by rival of harming competition
Almost half of Americans think we’re already in a recession. Here’s how to prepare if they’re right