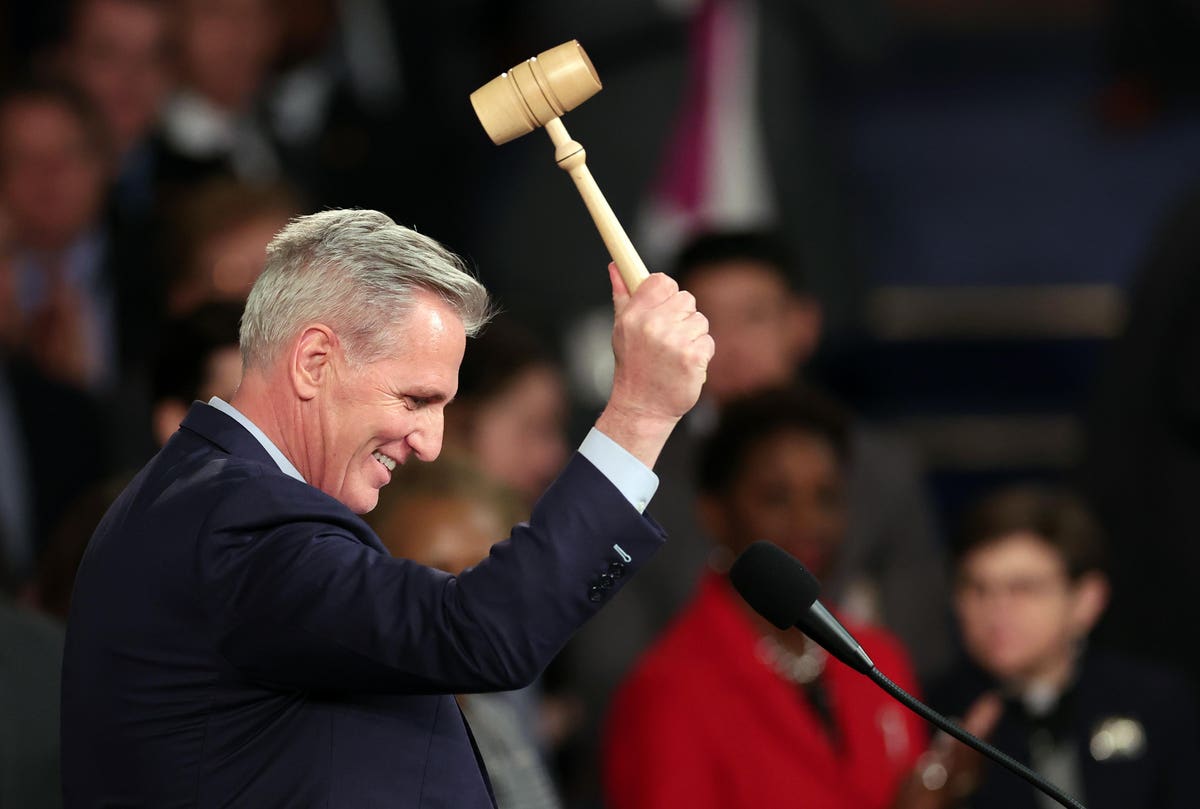 Many House Republicans say they want to balance the federal budget in 10 years by cutting spending only. And they seem to have received a promise from newly-elected House Speaker Kevin McCarthy (R-CA) to bring such a plan to the floor for a vote sometime this year.

I can’t wait to see what it looks like.

Achieving fiscal balance in 10 years through spending cuts only is, well, impossible. Of course, many of these House Republicans don’t really want to balance the budget. Their true goal is to slash the size of government.

If these lawmakers were serious about cutting the deficit, they would not have just adopted House rules that make it easier to cut taxes and harder to raise them. But let’s take them at their word. How could Congress balance the budget in 10 years without any tax increases?

Looking at the numbers

Start with the Congressional Budget Office’s baseline budget projections from last May. They estimated the federal government will raise about $56 trillion over the next decade but spend roughly $72 trillion. But in December, Congress added about $740 billion in additional spending over 10 years, assuming spending continues to rise with inflation. And House Republicans have vowed to make permanent the individual income tax cuts in the 2017 Tax Cuts and Jobs Act (TCJA). That would reduce revenues by another $3 trillion over a decade, plus additional interest costs on the added debt.

Let’s just round it off and say the gap between spending and revenues over the next decade will be roughly $20 trillion. Here’s how that spending breaks down:

Assume no tax increases, which are improbable in the House. And key House Republicans, including the new Appropriations Committee chair Kay Granger (R-TX), say they won’t cut military spending. That means Republicans would have to fill the entire $20 trillion fiscal hole by cutting Social Security, Medicare, Medicaid, and other domestic programs, plus whatever savings they’d get from lower interest payments.

What would it take?

How could House Republicans get to balance? They could slash popular entitlements such as Social Security, Medicare, and Medicaid. Alternatively, if they protect those programs, they’d have to eliminate nearly all other domestic spending. And that would cancel programs dear to their voters, such as farm subsidies, western water projects, border security, and the air traffic control system. We just saw what happened when that failed for only a few hours.

What if the cuts are based on each program’s share of non-interest spending? For example, since Social Security represents about one-quarter of that pie, projected benefits would have to be cut by roughly $4.5 trillion over 10 years.

If Republicans protect military spending, Social Security benefits would be slashed by roughly 30%. If the cut occurred this year, the House would cut the average monthly benefit by $565, from $1,827 to less than $1,300.

Actual program cuts would be smaller since Treasury would realize some interest savings as well. Even if Republicans really mean they want to eliminate only the primary deficit (excluding interest payments), they’d still have to cut Social Security benefits by $3.2 trillion and Medicare payments by $2.6 trillion.

Any Way You Count It

There are many ways to look at the problem. The Committee for a Responsible Federal Budget has published an analysis. Its numbers are slightly different but the story is the same. You could look at the deficit just in year 10, instead of over 10 years. But any way you count it, the necessary cuts are far too big to be credible.

And there are other problems.

Some spending cuts popular with the House GOP would increase the deficit. For example, CBO estimates the House vote to slash most new IRS funding would add $114 billion to the deficit over the next decade since fewer resources would make it harder for the agency to collect taxes owed.

Don’t forget how these changes would affect the economy that could be growing slowly or not at all later this year. Do Republicans really want to cut government spending, which would be sharply contractionary, when the US may be headed for a recession?

But trying to balance the budget in 10 years with domestic spending cuts only is policy and political malpractice. And once it fails, how will the GOP to justify allowing the nation to breach its debt limit. How do you stop new borrowing when your spending exceeds your revenues?

House Republicans are about to discover that actually passing a balanced budget, especially with their self-imposed constraints, is a lot harder than calling for one.

America Needs To Improve How It Treats Its Older Workers
Tax Cheats, Dodgers, Avoiders, And Evaders
Inside The California Mansion Where Harry And Meghan Filmed Their Netflix Documentary
Toyota CEO and President Akio Toyoda to step down
Comcast beats expectations even as broadband growth slows, Peacock racks up losses